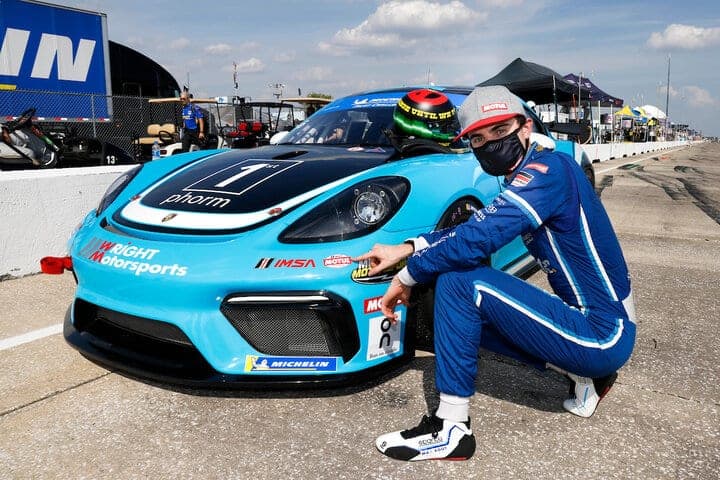 Maxwell Root, who is making his IMSA Michelin Pilot Challenge debut this weekend in place of the injured Ryan Hardwick, made an excellent impression on the field Thursday (March 18).  With a lap at 102.527 mph in his Porsche Cayman GT4 MR, Root easily claimed the overall pole for Friday’s Alan Jay Automotive Network 120 at Sebring International Raceway.

The Alan Jay Automotive Network 120 is scheduled to go green at 2:35 p.m. Friday afternoon.  The race will be streamed live starting at 2:30 p.m. on NBC Sports’ TrackPass service.