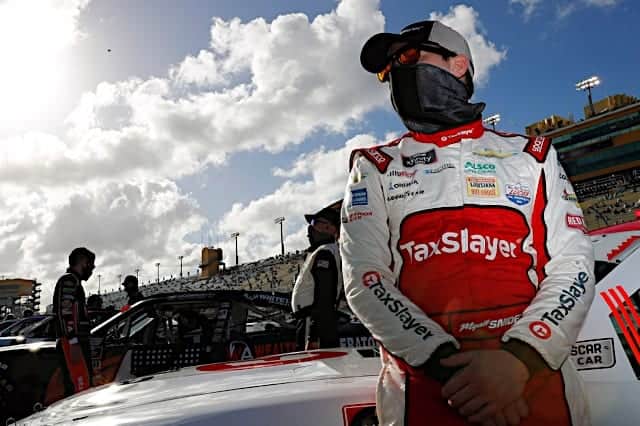 Add another name to the NASCAR Camping World Truck Series entry list for its first race at the Bristol Motor Speedway dirt track.

Myatt Snider will enter in the No. 33 Reaume Brothers Chevrolet, he announced on Twitter March 18.

He will carry sponsorship from Louisiana Hot Sauce.

It will be Snider’s first Truck start since he replaced a suspended Johnny Sauter at World Wide Technology Raceway at Gateway in 2019.

Snider has 35 Truck starts, including a full-time season in 2018 where he finished eighth in the championship standings. Overall, he has four top fives and 13 top 10s.

One of those starts came at Eldora Speedway, the Truck Series’ previous lone dirt track event. He started 15th and finished 20th on the lead lap.

Snider is a full-time Xfinity Series driver who earned his first victory this year at Homestead-Miami Speedway.

Jake Griffin has been previously announced as a driver for RBR in the series’ Bristol dirt race; his truck number has not been revealed, but RBR has fielded the No. 34 in every race this season and also declared for points with the No. 00.

The Truck Series race at the Bristol dirt track will take place on Saturday, March 27 at 8 p.m. ET, with TV coverage provided by FOX Sports 1.