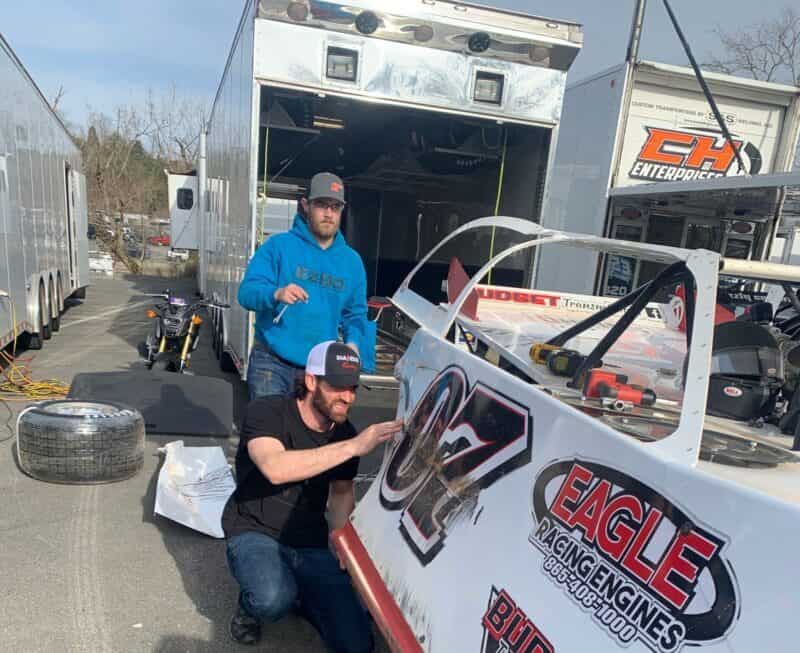 Even though we are still over a week away, the anticipation for the Food City Dirt Race at Bristol Motor Speedway (March 28) is palpable.

However, for some drivers, NASCAR’s return to dirt for the first time since 1970 is proving to be filled with uncertainty and wariness instead of exhilaration and confidence.

While current drivers such as Kyle Larson, Christopher Bell and Ricky Stenhouse Jr are acclaimed for their dirt racing prowess and are penciled in as favorites, many of their full-time Cup counterparts are not. Most drivers in a typical Cup field on any given Sunday have little to no dirt experience.

The experience gap is especially apparent when you consider that Cup stars like Kevin Harvick, who has not raced on dirt this century, will be competing against some of the best dirt racers in the country, such as Shane Golobic, Mike Marlar, Stewart Friesen and Chris Windom. It can be easily said that the future NASCAR Hall of Famer is at a disadvantage to this quartet, even though none of them have ever made a Cup start.

To gain more seat time and make up this gap, many inexperienced drivers to dirt like Corey LaJoie have gotten rides in the week-long Karl Kustoms Bristol Dirt Nationals, an independent event featuring myriad dirt cars on the high banks.

LaJoie, who has virtually no dirt experience, is hoping that his participation in the contest will at least provide him with a sliver of knowledge when he climbs aboard his No. 7 Spire Motorsports Cup car for the all-important points race.

Still, LaJoie has not been too confident about his craft, tweeting his thoughts this week.

*come watch me hit everything but the Tennessee lottery on Thursday and Saturday night https://t.co/tJBDe3tYgh

Cup stars Austin Dillon, Chase Elliott, Larson, Cole Custer, Joey Logano, Chris Buescher and Kyle Busch have joined LaJoie at the Nationals, all of whom have variable levels of dirt experience. Dillon even won his 604 crate heat race, while others such as Buescher and Custer have already got their first feeling of what it is like to wreck on Bristol dirt.

Larson, who has arguably the most dirt experience of any Cup driver, will have the most experience on the Bristol dirt. Larson is currently entered into the Camping World Truck Series’ Pinty’s Dirt Truck Race on the temporary surface the day before the Cup event.

Larson is one of several other Cup regulars to do the same. Although the entry list has not been released as of press time, Martin Truex Jr, Ryan Newman, Harvick, Bubba Wallace and Chase Briscoe will each pilot a truck, and that list could before potentially grow.

Although not slated to run any Nationals races at Bristol, drivers like Erik Jones and William Byron have somewhat recent, albeit minimal, experience competing at Eldora Speedway in Trucks. The heavy pickups could translate well to stock cars.

The green flag to the Food City Dirt Race is slated to fly on Sunday, March 28 at 3:30 p.m. ET. TV coverage is provided by FOX.