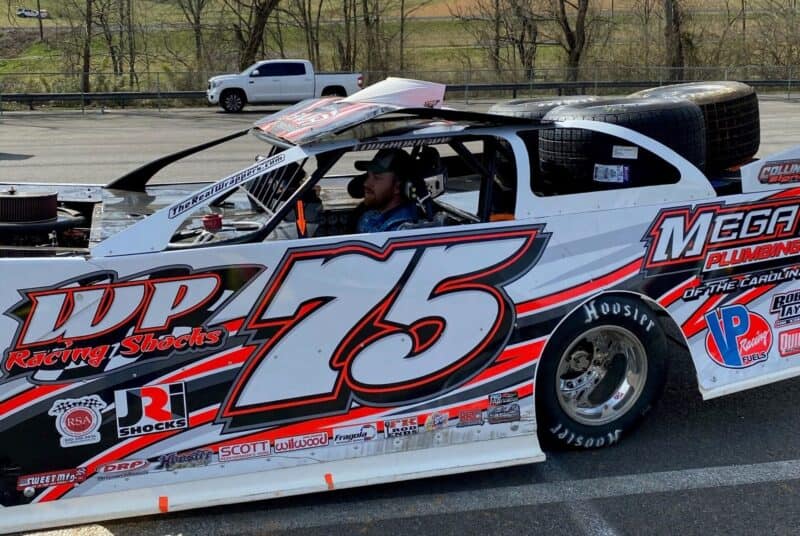 As I sit down to write this, we’re on day three of the Bristol Dirt Nationals, the guinea pig event for the first NASCAR Cup Series race to tackle a dirt surface of any kind in 50 years. It’s the first time any driver has tackled dirt at Bristol Motor Speedway since 2001. And as premature and harsh as it may sound, I’m already ready to say let another 20 or 50 years pass before this is done again.

Let’s start first with the field of cars contesting the event. The Dirt Nationals are the first of four major events that will contest the Bristol Dirt Track before the Tennessee bullring goes back to its concrete self. All four of them have failed to get the field of cars right. I’ve already ranted about how much I detested the World Racing Group’s decision to make April’s two World of Outlaws events “invitationals” in lieu of open fields. NASCAR’s Cup Series opting to run a full field of cars in the “A-Main” of their race next week has neutered their heat races before they take to the track.

And that leaves the Nationals, which to their credit did allow for open entries from across the country. It was a logistical decision on their part to cap all classes, except for the premier super late models, at 150 per class, and again did the right thing in allowing registrations that exceeded 150 when they were received before the portal could be turned off.

The problem is, having seen multiple days of the program play out, these Nationals are falling victim to what too many dirt track programs across the South, such as 411 Motor Speedway did back in January mere hours from Bristol, always seem to do: bite off more than they can chew. It’s already problematic that each class of cars is racing multiple “A-mains” on the same day. Talk about anticlimactic. There’s two weeks in April between WoO shows that the track will sit dormant. Why not run a weekend for crate late models? A weekend for modifieds? Create a multi-day show that culminates in a main event that doesn’t require drivers to take up part-time residence in Bristol for a week and that would allow a true cross-section of of hundreds of racers to show up.

Even more illustrative of my point though is the scope of Nationals competition, a scope that should have been dialed back. Hosting two classes of crate late models, two classes of modifieds, stock cars and hornets necessitates a cap on entries.

What that cap has done, given that this was a truly national event and not regional like most dirt tracks, is to create a cross-section of racers that’s too thin. Sure, the super late model class scheduled to run later this week is stacked. Sure, there’s ringers such as Spring 50 winner Ricky Thornton Jr. and WoO late model points leader Kyle Strickler, who both won modified features on Wednesday (March 17). And sure, there’s a reason a number of ringers are nowhere near the high banks that have nothing to do with an entry cap.

What just happened to RTJ is exactly why I am not going to Bristol this week. Bristol is too fast for passing points. Can be the fastest car there but someone spins and you junk a racecar.

But there’s also a plenitude of drivers with absolutely no stature in dirt racing and no ties to the region that are dotting all these classes. And that’s not including the hornets class.

There’s no doubt hornet racers work hard, provide much needed revenue for tracks that rely heavily on the gate and are a vital service to the sport at large. There’s also no doubt that 90% of race fans that aren’t related to hornet racers don’t go to dirt tracks to see the hornets, especially at a marquee event. There’s already too many classes running the Nationals. That the fields are often unrecognizable, given how far and wide they reach from, is a detriment to the event.

What’s also proven a detriment to an event that’s commanded such stature is that the racing on-track hasn’t been worthy of the hype. I will caveat that statement two-fold; first, the super late models have yet to hit the track. Second, the track surface has gotten better each day this event has progressed. By Wednesday afternoon, two-wide racing from bottom to top was a reality for modifieds and stock cars alike.

But that doesn’t change several shortcomings relating to racing Bristol as a dirt track. The high banks have left most classes running wide-open through all four turns, which doesn’t produce a compelling race whether the surface is dirt or paved. The sheer length and size of the Bristol track dwarfs most dirt tracks, and in cases of heat races with 10-12 cars running the field gets strung out more often than not.

But most problematic of all, the speed and the wrecks. The RaceXR+ commentary crew has driven the point home all Nationals long that there are no Bristol dirt regulars, and they are right. But that doesn’t explain the problems that race control has been continually having getting cars to slow down when the yellow flag flies. During Tuesday night’s program that had to eventually be suspended due to hitting Bristol’s 1 a.m. curfew, race control got so exasperated as to proclaim “Y’all are wrecking your own cars” when trying to get the field to slow for yellow flags. Yes, Bristol is faster than the vast majority of dirt tracks. That doesn’t explain the number or magnitude of pile-ups endured three days in.

And speaking of pile-ups, this ain’t NASCAR. These are not teams with 20 cars in their garage that can tear them up and be back in five days with a new piece ready to race again. Having said that, the level of carnage that has been endured by the field during the Nationals has been horrendous. Dozens of racecars have been outright destroyed on the high banks, including a couple of spectacular incidents.

Regardless of the consequences being exacerbated for smaller teams tearing up cars, any objective race fan will concede that wreckfests do not make for compelling auto racing. And the Nationals have certainly met that criteria. Case in point, take a look at the 604 crate late model class that hit the track for the first time Tuesday (March 16). One full-time Cup driver Corey Lajoie made history in two ways. One, as he mentioned, taking his first dirt laps on the high banks of Bristol:

Might as well make your first ever lap on dirt be in a heat race at Bristol. https://t.co/LTqcwpyyjn

Two, he became the first Cup driver to finish a heat race on the Bristol dirt. Problem is, he was the third Cup driver to attempt that basic feat. Cole Custer was wrecked in the first turn on the first lap of the first heat on Tuesday, while Chris Buescher lasted only two laps after being involved in Marty Carrier’s flip.

RaceXR, the company streaming the Nationals, has made a point to tell fans that they have a company policy of not showing wreck replays until confirming that all drivers are OK. That’s a great policy, one that FOX should learn from. It’s not great that there’s been a half-dozen wrecks bad enough at Bristol that they’ve had to remind fans of said policy as clean-up progresses.

Having said all of this, neither an abstract field nor a less-than-racy configuration are a recipe for an insignificant race. The Chili Bowl always has its share of problems with some of the drivers that contest the event. The Monaco Grand Prix is one of the top five most famous races on Earth despite being on a track where passing is nearly impossible on a good day.

Neither of those apply to the Bristol dirt track. Why? Because Bristol isn’t to dirt cars what Tulsa is to midgets or Monaco to Formula cars. Rather, the closer comparison of dirt cars to Bristol is NASCAR to the Brickyard oval. It’s not their place.

Yes, the drivers that have graced victory lane at Bristol thus far have fully embraced being on a big-league NASCAR stage, just as Jeff Gordon did becoming the first stock car driver to join the ranks of the open-wheelers in conquering Indianapolis Motor Speedway back in 1994. But those celebrations have all ended on a hollow note, with every winning driver having been instructed in victory lane to look into the camera and scream “It’s Bristol Baby!”

Scripted victory lane, again, isn’t a bad thing. The choreography of winning the Indianapolis 500 is time-tested and not to be messed with. Not even chocolate milk can be substituted in that ritual.

The difference is, no one with a microphone has to remind an IndyCar driver to drink the milk and accept the wreath.

Excellent article with a strong opinion supported by facts and observations. Short track racing got worse across the country when promotors sought quantity over quality. My favorite track growing up ran one class. Started at 830 on a Friday night and usually ended by 1100. Today’s races have 4 classes with half the cars and the racing is generally terrible. I watched the second feature of the late models (I think), where a couple cars crashed on the backstretch and the field ran into them. After 5 minutes of looking at the crowd and 10 minutes of Penske shock commercials there was no explanation of what happened. Poor broadcasting and worse racing.