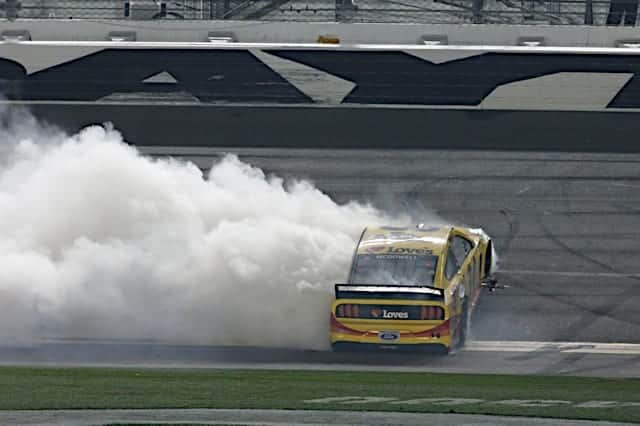 We have heard it for years, since this form of the NASCAR playoffs was introduced. As soon as someone won a race, they were christened as a playoff contender. Win and you’re in was the mantra, and, until now, it has held true.

However, with the start of the 2021 NASCAR Cup Series season, and the look of the new and different schedule this season, it very well could not hold true this year.

The modern era of Cup racing began in 1972, when the RJ Reynolds Winston brand became the primary sponsor of the series. The schedule was reduced to 31 races and tracks shorter than half of a mile were eliminated. Over that entire era, some 49 years, there have been a total of five years where more than 16 different drivers have won races. All of them occurred since the turn of the century.

The purpose for this statistical vomit is to give some context to the fact that five times in 49 years is not a very good record (10.2%), but it isn’t impossible. In reality it is five in 20 years, which is a 25% clip.

The elimination-style playoffs were added to the Cup Series in 2014, the year after it had 17 unique winners. While not stated anywhere, the number 16 was probably chosen because it was a rare number of unique winners and that the previous year Cup had one more than that. Since then, it hasn’t been very close, but it looks like there is a genuine chance for it to happen this year.

The list of drivers who have won multiple races in the last few years and haven’t snagged a checkered flag yet includes Kevin Harvick, Kyle Busch, Brad Keselowski, Joey Logano, Denny Hamlin, Chase Elliott, Kurt Busch, Ryan Blaney, Austin Dillon, Aric Almirola, Alex Bowman, Erik Jones and Ricky Stenhouse Jr. That is 13 drivers who have proven they know how to win more than once in seven years. Add those to the five who have already won and you have two more than the playoffs allow.

Looking at additional drivers who very well could win a race even though they have won one or no races, and you can easily find another five that could very well take a checkered flag this season. With 21 races left the possibility is there, especially with the variety of tracks left to be run.

People might postulate that the number of mile-and-a-half tracks on the schedule lends itself to someone going on a run and winning a bunch of races. Don’t look now, but there are only four mile-and-a-half circuits on the docket between now and the playoffs. There are more new tracks than that between now and Darlington Raceway to start the playoffs. Bristol Motor Speedway’s dirt course, Circuit of the Americas, Nashville Superspeedway, Road America and the Indianapolis Motor Speedway road course are all new venues for the Cup Series.

Road courses and dirt are prime opportunities for upset wins, especially Circuit of the Americas and Road America, which are technical and afford opportunities for a favorite to be taken out on a restart. Sonoma Raceway is also technical, and Nashville is a wild card due to the concrete surface and no one racing there in years in NASCAR’s national touring series. Throw in two superspeedway races (Daytona International Speedway and Talladega Superspeedway), Dover International Speedway and Darlington, and the odds are in favor of more than 16 winners by playoff time.

The fans wanted variety and drama in the racing season. Like the elimination playoffs or not, this year the drama and tension heading down the stretch of the regular season in August will be intense. That final elimination race could very well include two or three different races in one event: The race for the win, the race for top 30 in points to be eligible to make the playoffs if a driver has a win and the race among race winners to finish in the top 16 in race winner points if there are more than 16.

And don’t forget — if by some confluence of circumstances the point leader at the end of the regular season doesn’t have a win in the first 26 races, they are guaranteed a spot in the playoffs. That could bump another winner out if that rare event were to occur.

Will all of this actually come into play? If you look at history it is no better than a 25% chance of happening, and possibly as low as 10%. But however you look at it, one thing is for sure: For the first time in eight years since this thing was unveiled, the announcers on the race Sunday actually brought up the possibility.

The win-and-you’re-in mantra was actually questioned by the people telling us the story. Here’s hoping it actually happens because the intrigue, drama and pressure at the end of August will be unparalleled in the history of the sport.

Win and your in is the biggest joke in all of sports not just NASCAR, In all other sports you have to work hard all season and earn a way into the playoffs, But not NASCAR just win a race and your in the playoffs, Do you see the NFL giving teams a playoff berth after they win in week one of the season, And real playoffs should start with all drivers at zero points, You don’t see the NFL giving the team with the better record a extra 7 points before the game starts, Lets not even start with stage racing and the useless yellow flag that stop the racing action, Fans pay to see racing not yellow flags

The opposite of this “biggest joke” playoff.
Worse case scenario.
You could lead every lap of every race during the season. The last race of year and you are still leading every lap, but get passed coming out of turn 4 for the checkers and come in second, behind by 6 inches and lose the NA$CAR CHAMPIONSHIP to a final four contender, who may not of won any races but this one.

But he only has to finish one position lower (not necessarily second) than another of the Fake Four to lose the title (not championship). NA$CAR ensures that the winner of the final event gets the title because no other driver can challenge the Four.

Do you boys want some cheese with your whine? The Playoff system isn’t going away.