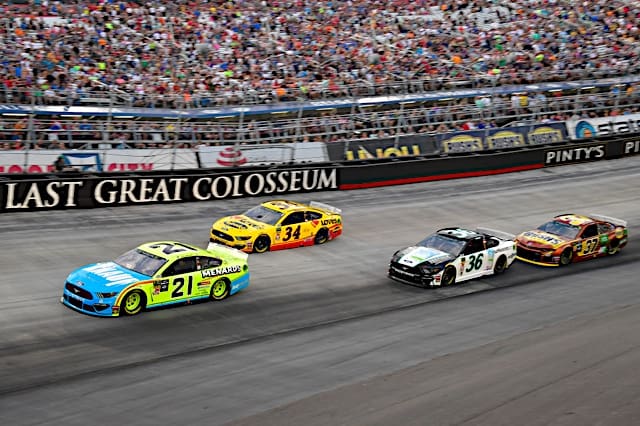 For the first time in over 50 years, the NASCAR Cup Series will take to the dirt, running on the Bristol Motor Speedway dirt track.

Thirty-nine cars are entered for the inaugural Food City Dirt Race on Sunday, March 28, meaning all will race, barring any entry list changes.

For the first time since Daytona International Speedway, practice and qualifying will be held. Both practices will be on Friday, March 26 at 4:05 p.m. and 6:35 p.m. on FOX Sports 1. Qualifying will feature heat races starting at 6 p.m. on March 27, followed by the race on March 28 at 3:30 p.m. ET.

Chris Windom will make his Cup debut behind the wheel of the No. 15 NOS Energy Chevrolet for Rick Ware Racing.

Camping World Truck Series veteran and dirt ace Stewart Friesen will also make his Cup debut behind the wheel of the No. 77 Halmar International Chevrolet for Spire Motorsports.

Shane Golobic will also make his debut, piloting the No. 78 entry for Live Fast Motorsports.

A driver for the MBM Motorsports No. 66 entry is TBA, but Mike Marlar was previously announced for the car.

Finally, Ty Dillon will make his return behind the wheel of the Gaunt Bros. Racing No. 96 for his third start of 2021.