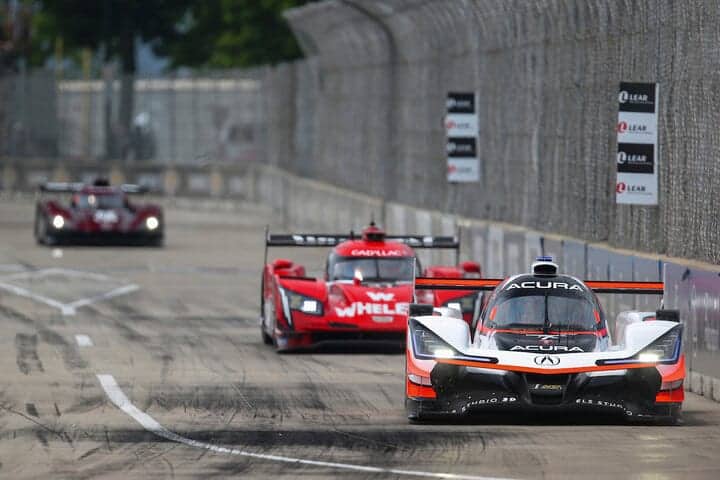 The schedule changes continue to fly in sports car racing.  IMSA announced Thursday (March 25) that the Chevrolet Detroit Grand Prix presented by Lear, originally scheduled for June 6 as a standalone race, has been pushed back.  It will now be on June 12 and be part of the INDYCAR weekend at Belle Isle Park.

The race was originally on the typical first weekend of June since teams were still planning on sending drivers to Le Mans immediately after the race.  However, with the ACO moving Le Mans to August back at the beginning of the month, that is no longer an issue.

The move has also resulted in a switch in the classes on the schedule.  Originally, the 100-minute street race was going to be an event for DPi teams, along with LMP2 and GT Daytona.  The LMP2 class has been dropped from Detroit as a result of this move.  A replacement race for the LMP2 class will be added to the schedule in the very near future.

The LMP2 class has been replaced with the GT Le Mans class.  However, this will be a non-points race for the GTLM cars.  Only the DPi cars will be running for full points.  Detroit only counts for WeatherTech Sprint Cup points for the GT Daytona class.

Unfortunately, moving dates around often result in unplanned conflicts.  The new date for the Detroit event conflicts with the rescheduled 8 Hours of Portimao for the FIA World Endurance Championship.  When it was added to the WEC schedule, it was placed as the first race of the season on Easter weekend.  However, WEC officials made the decision to move the race to the former Le Mans weekend the day after Le Mans was moved to August.

A couple of drivers are full-time in both the IMSA WeatherTech SportsCar Championship and the WEC.  Meyer Shank Racing with Curb-Agajanian’s Olivier Pla is part of the driver lineup with Scuderia Cameron Glickenhaus in the new Hypercar class.  Meanwhile, both Filipe Albuquerque and Renger van der Zande drive in the LMP2 class for United Autosports and Inter Europol Competition, respectively.  The races are on consecutive days, but with less than 12 hours from the end of the race in Detroit to the beginning of the WEC race in Portugal, it is unlikely that the three drivers could do both races.

The event will be a two-day show for IMSA teams.  The race is scheduled to start at 5 p.m. on June 12, after the first INDYCAR race of the weekend.  The race will air live on NBCSN.