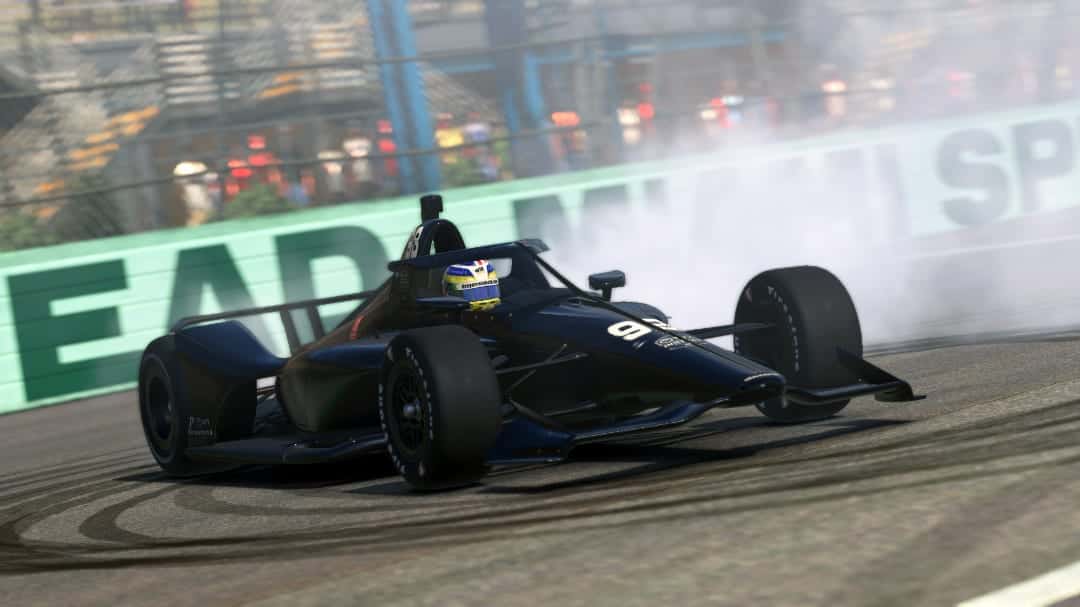 “We did it,” Karam said after the race. “That was crazy, literally saving from the beginning and we saved enough fuel to do donuts.”

For much of the first third of the race, Enzo Fittipaldi and RC Enerson swapped first and second positions until Fittipaldi secured the top spot. Karam appeared a bit slower than the leaders, but he had a plan no one knew about until the end.

Fittipaldi and Enerson made their pit stops around lap 44, with many others coming in soon after. However, Karam, who went into the lead while others pitted, stayed out until lap 52.

Fittipaldi would eventually cycle back to the lead, with Enerson and James Davison close behind in second and third.

As the laps wound down, it looked to be Fittipaldi’s to lose. Unfortunately, Fittipaldi had to pit once again for more fuel, allowing Enerson to inherit the lead. Soon after, Enerson encountered the same fate, allowing Karam to take first once again. Davison also had to pit in the closing laps while running in second, resulting in a disappointing finish for such a strong run.

But Karam, who won last year’s event at virtual Watkins Glen International, held on to take the win at Homestead. Conor Daly finished second, Fittipaldi rallied back to third, Takuma Sato was fourth and Braden Eves rounded out the top five spots.

The race was caution free, but several drivers encountered trouble throughout the race, including Felix Rosenqvist. It appeared that Rosenqvist was involved in an early wreck with another car, though no replay was shown.

Then on the final lap, Will Power also had an issue and was stopped on the track.

The final race of the IndyCar iRacing Challenge will be at virtual Sebring International Raceway next Thursday, April 1 at 6:30 p.m. ET on IndyCar’s website and YouTube channel.