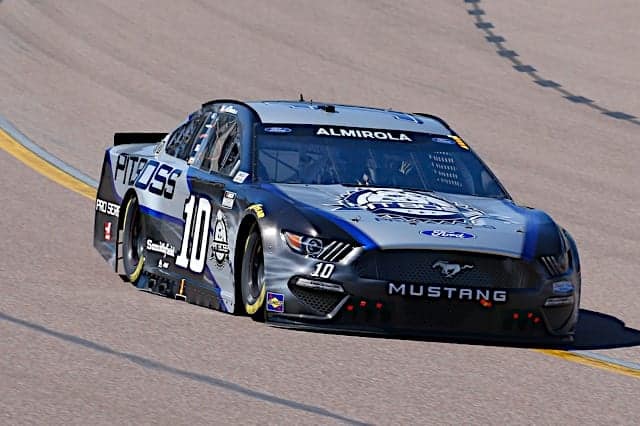 Although we are just seven races into the 2021 NASCAR Cup Series campaign, the playoffs are already coming into focus. By winning a race, seven drivers have already locked themselves into the postseason if there are no more than 16 winners in the regular season of course.

Three of those seven did not make the playoffs last year. First-time winners Michael McDowell and Christopher Bell will make their first career postseason appearances, while Kyle Larson returns after sitting out most of the 2020 season under suspension.

Of those who scored a postseason berth in 2020, several have uncharacteristically stumbled out of the gate in 2021 and are well back of the playoff cutline.

This weekend’s Easter hiatus allows teams a much-needed respite to regroup, but it might take more than that to find a coveted spot on the playoff grid. Here are those drivers.

A perennial face in the playoffs since 2018, Aric Almirola has undeniably been the worst-performing 2020 playoff driver this season. With a whopping four finishes outside the top 30, the Floridian finds himself 28th in points, the sixth-worst of all full-time drivers.

84 points outside the cutline, Almirola has no choice but to find some speed and consistency to even have a shot, something quite incredible to say so early into the season.

Almirola’s struggles have not been isolated within his Stewart-Haas Racing team. His teammates Cole Custer and rookie Chase Briscoe sit well outside the top 16 as well. Custer found his way into the playoffs by pulling off a shocking win at Kentucky Speedway, which also propelled him to 2020 rookie of the year honors.

Custer is 23rd in points, 54 points out of 16th. The Californian’s best run of the season was an 11th-place finish in the season-opening Daytona 500.

Like Almirola, Matt DiBenedetto‘s start to the 2021 season has been infiltrated by terrible luck. Sitting a distant 24th in points, DiBenedetto has only one DNF but has suffered mechanical gremlins in nearly every other race this season.

However, it might not be a total shock that DiBenedetto’s No. 21 Wood Brothers Racing team is underperforming. It squeaked into the playoffs last year, earning the final spot after a tight points battle with Jimmie Johnson.

Playoffs? We talking about playoffs?

Clint Bowyer has found himself in the middle of the playoff conversation once again, but this time, he is talking about them from the Fox Sports TV booth.

Some Nuggets Before You Go

It’s starting to look like the drivers that rely on squeaking into the playoffs with points are all going to need a win this year. If there is a way in without a win it will be someone in the top 10 without a win not someone in 11th through 16th.