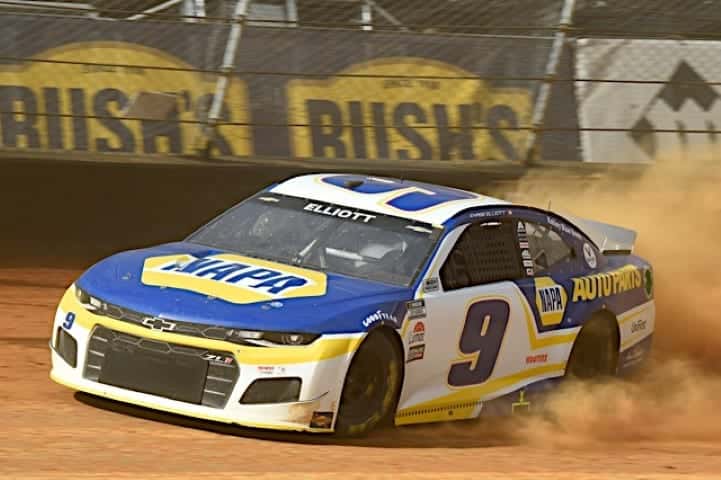 It’s a unique time to be a NASCAR fan. Gone are the folkways of the past, replaced by change in nearly every aspect of the sport.

The last decade of racing in the Cup Series and beyond has seen significant shifts from the so-called “peak” era of yesteryear. Without the same massive audience the sport once shared in the mid-2000s, the sanctioning body has instead embraced change and adaptation to the circumstances surrounding it in an effort to cultivate long-term growth.

Things started small, with moves like the addition of a few Xfinity and Camping World Truck Series races on road courses in the early 2010s. A truck race on dirt followed at Eldora Speedway in 2013. The elimination playoff arrived in 2014, charters entered the fold in 2016, stage racing was implemented in 2017 and a unique Charlotte Motor Speedway ROVAL pivot came to life in 2018.

Those were all significant on their own but arrived slowly over time. The past two years have been a much different case.

These days changes and innovations seem to be flying by at a breakneck pace.

When the COVID-19 pandemic brought NASCAR to a standstill, the company innovated and embraced esports and iRacing. It fielded real-life stars in virtual races, even making a pixelated return to the now-defunct North Wilkesboro Speedway for a televised event.

Since returning to action in real-life last May, NASCAR has tried many things that once seemed impossible. Drivers have raced without practice or qualifying. Events were held in the middle of the week just to get through the schedule. Pocono Raceway and Michigan International Speedway held doubleheader race weekends to keep their two Cup dates. The All-Star Race – a Charlotte Motor Speedway staple – was shifted over to Bristol Motor Speedway and then Texas Motor Speedway for 2021.

Rain tires finally came into play for the Cup Series field at the ROVAL last fall after prior usage in the Xfinity Series. They’ve since been tested for short ovals at Martinsville Speedway and could potentially see implementation in damp conditions on certain oval facilities as soon as later this year.

More road courses have entered the sport’s top level, including Road America and Circuit of the Americas. After years of debate for and against the move, NASCAR’s annual trip to Indianapolis Motor Speedway has been shifted to run on the iconic facility’s grand prix circuit.

Start times have shifted back to the mid-afternoon slot. Martinsville Speedway now hosts a night race. Nashville Superspeedway has risen from the dead to secure a Cup race for the first time. Two others, Kentucky Speedway and Chicagoland Speedway, have effectively taken its place in NASCAR-less damnation.

There’s been a dirt race at Bristol Motor Speedway, preceded by a virtual dirt event at the same track as part of a continued iRacing effort. Even a street circuit is being trialed – virtually, at least – with a run planned on some iconic Chicago roads through iRacing.

Additional discussions and rumors have come up along the way. Efforts are being made to renovate the Nashville Fairgrounds Speedway. Longtime two-mile staple Auto Club Speedway is pivoting to a short track design. There have even been talks between a pair of guys named Marcus (Smith and Lemonis) over potentially doing something with the real North Wilkesboro.

As if the schedule shifts weren’t enough, a Next Gen car is on the way. It’ll be revealed on May 5 with planned implementation for 2022. Time will tell what changes ultimately come with it, from EV aspects to a potential shift of the number location on the sides of the car after a trial of off-centered numbers in last summer’s All-Star Race.

There have also been perceivable shifts toward inclusion initiatives off-track, from the embracing of social justice movements like last summer’s Black Lives Matter movement to the sport’s participation in an auction for the LGBTQ community during Pride Month in 2020.

Women are being spotlighted behind the wheel, in the booth and on race teams. Danica Patrick has come and gone, but others like Hailie Deegan and Gracie Trotter have won in the lower levels, showing that there’s a chance for women to work their way up the sport’s ladder system if they can find the right combination of talent and support. Jamie Little is calling ARCA Menards Series races for FOX Sports and Brehanna Daniels is changing tires on pit road.

Taken individually, each of these changes can be understood and processed within the sport. But they’ve formed something collectively that would seem greater than the sum of its parts – a complete culture shock for long-term followers of America’s top racing tour.

The obvious questions that come to mind amid it all is what shifts will stick and whether each will prove worth it.

Will practice and qualifying come back in the future? Likely. Should they? There’s a fair argument to be made either way.

NASCAR’s taken a lot of focus away from intermediate ovals. Will that change the quality of racing? Can fans of a predominantly-oval-based series embrace the addition of so many road courses? Will any of these changes reach the playoffs in the future? What about the short tracks that many clamor for?

Has the addition of stage racing been a success? Are the sport’s esports ambitions worth the time and effort being put into them? Can the Next Gen car help with the ownership model at the sport’s top level?

Will the diversity efforts be rewarded down the road? Can a historically white, male sport reach a broader demographic with consistency and foster a more diverse garage and fanbase?

With society slowly working its way out of the pandemic, these are questions worth pondering.

Change has been the only certainty in recent history for NASCAR fans. The sport’s leaders have thrown a lot of changes into the world over the past decade. There are probably more coming that we’re unaware of, too.

Now we all wait to see which seeds bear fruit.

Go women! I hope I live to see the day a woman wins a NASCAR Cup Series race and hopefully, the championship. As a boy, I made tracks out of electrical tape and even once with quick mortar mix and chicken wire and dirt bankings. I had 500 1:64 scale cars and used acrylic paint, nail polish and white-out + sharpie markers to create new designs. My sister played with me with her Barbies and we made stories. I kept stats (which I still have) and finally, at 16, stopped after 100 seasons. Best part of my life so far and by far, I had many women drivers–we (sister and I) created families such as the Lawrences, the Semitry’s and the Satterfields, whom all had successful drivers (the Lawrences’ had 15 titles among them). Thank you for this article. I am a Frontstretch fan for forever (much like I pull for Harvick now, since 1995).

“Start times have shifted back to the mid-afternoon slot.”

Personally, I love the lack of practice and qualifying. It was rare anyone beyond the top teams were starting up front anyway. And as for a lack of practice, I love what it has brought to the sport. Some drivers have shown that the amount of practice they used to get appears to be what allowed them to be dominant. Now, they are struggling like the rest of the drivers and we are seeing new drivers winning and running up front. That is perfectly OK with me. If you were a fan of the old adage “run what ya brung,” well buddy, ya sure got it now!