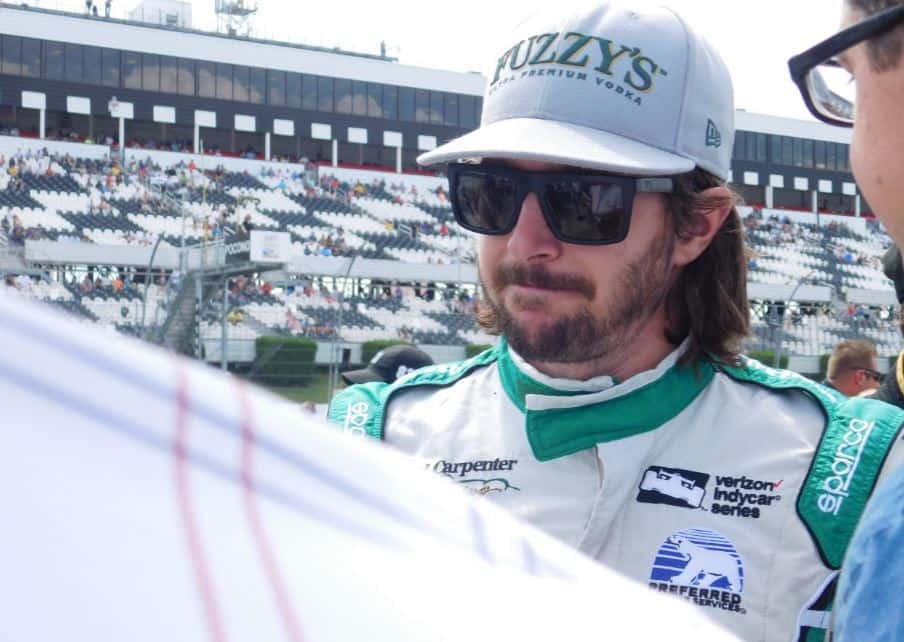 He will pilot the No. 1 Chevrolet with sponsorship from ABC Supply.

In honor of the 60th anniversary of Foyt’s triumph in the Indianapolis 500, the No. 1 will feature a throwback paint scheme.

“This livery is more than just a throwback for us,” team President Larry Foyt said in a team statement. “It is special to our team and family, and its imagery is something I have grown up seeing my whole life. It is wonderful that our longtime friends and partner ABC Supply will be the primary sponsor on this tribute to one of my dad’s great accomplishments. Being able to sign a quality driver like JR will add another source of valuable feedback to our team, which is especially important given the talent-packed Indy 500 entry list this year.”

As a tribute to Super Tex, this special livery was designed by @aldofalla to replicate that of the 1961 winner.#FoytsFirst500? | #INDYCAR pic.twitter.com/R2vEGl22kQ

“Getting the chance to drive for AJ and Larry is something I’m looking forward to no matter what, but with ABC honoring the 60th anniversary of AJ’s first 500 win that makes it extra special,” Hildebrand added. “I’ll be back in a Chevy, which I’ve spent almost my entire IndyCar career driving, gain the benefit of three teammates, and get the chance to reunite, in a way, with an engineer I’ve had success with before in Justin Taylor, who’s race-engineering Seb this year.

“We all know that the 500 is only getting more competitive so we’ll all have to bring our best to the table, but that, to me, is what makes this race so worthwhile in the first place. I can’t wait to get rolling.”

Hildebrand has made 65 career NTT IndyCar Series starts with three podium finishes. He finished second in both the 2011 Indianapolis 500 and 2017 Iowa Corn 300 at Iowa Speedway.

This Indy 500 will be his 11th straight start in the race if he qualifies.

Hildebrand will be paired with full-time teammates Sebastien Bourdais and Dalton Kellett, along with part-time driver Charlie Kimball.

The Indianapolis 500 will take place on Sunday, May 30, starting at 11 a.m. ET, with TV coverage provided by NBC.