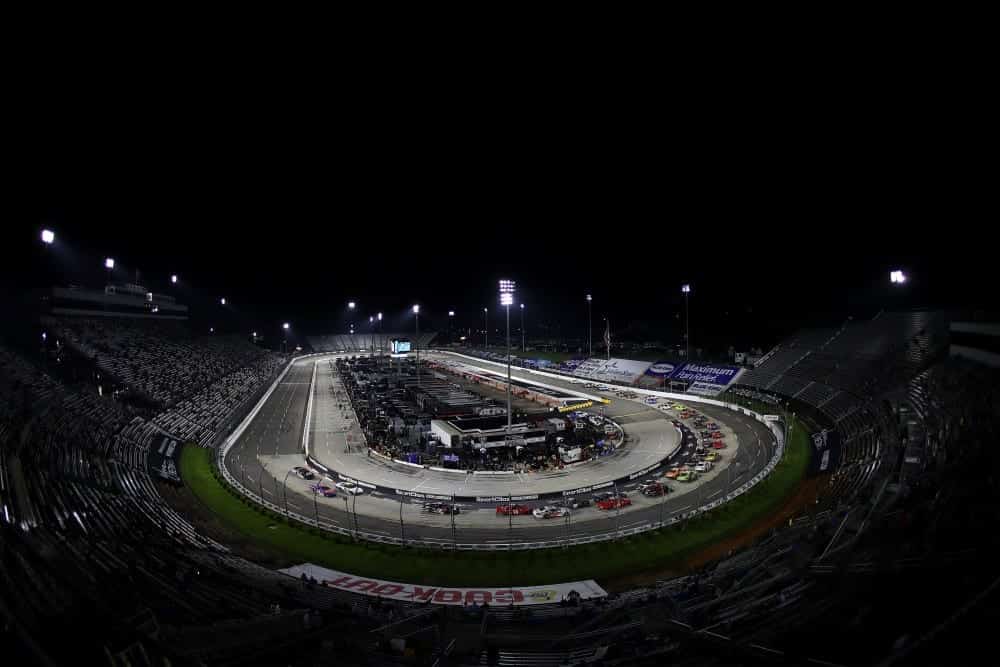 After 42 laps on NASCAR’s shortest track, rain took over once more after teams, officials and even fans kept their eyes glued to the radar for a majority of the evening. For the second time in three weeks, NASCAR’s Cup Series has been postponed, to be held Sunday following the NASCAR Xfinity Series race, which was also postponed on Friday due to weather.

The start of the race was initially postponed due to weather, while Air Titans worked diligently to dry the paperclip-type track. The green flag flew at 9:10 p.m. with Joey Logano leading the field to the starting line. Denny Hamlin, a five-time Martinsville Speedway winner, later took the lead and dominated up until a caution flag, which flew more than 30 minutes later when James Davison was turned in turn 4. Cars never returned to green-flag action.

Hamlin commented on the rain delay after climbing out of the car. “NASCAR cannot catch a break,” he noted. “This is crazy how many rain delays we’ve had.”

Catch the remainder of the action in Martinsville on Sunday, April 11, at 4 p.m. ET on FS1.

What’s the problem? They have rain tires. They should race.