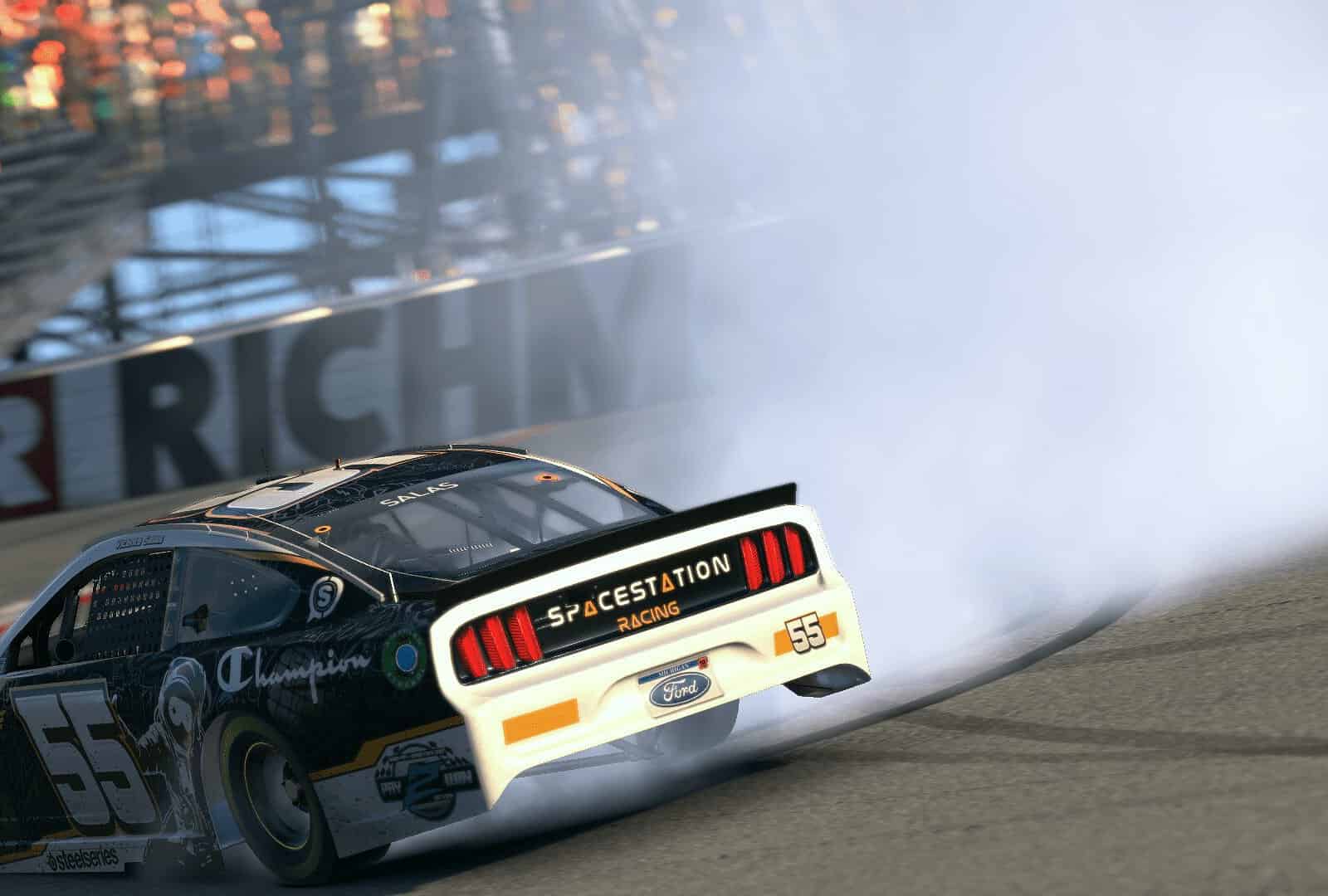 Perfection was the name of the game for Vicente Salas in Tuesday night’s (April 13) event at the virtual Richmond Raceway, the first short track race of the 2021 eNASCAR Coca-Cola iRacing Series season. And perfection is exactly what he achieved.

The Spacestation Gaming driver became the sixth different winner in six races so far this season. He won his first career pole ahead of the race and capped the night off with his first win as well.

But more importantly, and thanks in part to a somewhat clean race for Richmond, Salas was able to capture the win after leading all 203 laps. It was domination at its finest: he became the first driver in series history to lead every single lap in an oval event.

“I don’t even know what to say,” Salas said after his first career win in the series. “We put in thousands of laps this week. For it to pay off this week, I could not be any happier.”

He became the 56th different winner in series history. The win also locks him into the playoffs, as long as he can get to the top 20 in points by the time the division begins the first round of the postseason.

Salas led the opening stint of the race, but Garrett Manes was following suit very closely. Salas was able to fend him off for the first 50 laps and began to extend his lead, at least until the first caution of the night flew for Chris Shearburn.

The racing was extremely close during the next run of the race, but, once again, Salas was able to hold off Manes for the entire run. A new player joined the duo at the front, though, with series veteran Bobby Zalenski closing in. He finished fifth after running near the front all night.

The second caution flew on lap 97 for Ashton Crowder and Femi Olat. Salas held the lead at the halfway point after the ensuing pit stops.

The biggest incident of the night occurred with 41 to go between Garrett Lowe, Corey Vincent and Michael Conti out of turn 4 in the middle of the entire field. Brad Davies and Jake Nichols were also caught up in the wreck, but both were able to continue.

A multi-car incident started by Ray Alfalla and Nathan Lyon with five laps to go then set up a green-white-checkered finish.

While there were several close calls to end the race, there were only a total of seven cautions. When it comes to short tracks, tons of cautions and incidents are normally expected, but tonight’s race was very clean for many.

Multi-groove racing was prevalent throughout the night, with both the top and bottom utilized very well. While the top-five cars mostly held their ground all night, that racing was taking place throughout the entire field and it made for an entertaining race.

This was arguably one of the most dominant performances in eNASCAR history. Salas led from the start and was only challenged by Manes a few times all night long. In eNASCAR, it is extremely tough to lead the entire race, let alone on an oval and on a short track. That is what makes this performance one of the most impressive we have ever seen.

The series heads to the Kansas Speedway on April 27 for the next race. Coverage begins at 9 p.m. ET with coverage on eNASCAR.com and Twitch.tv/iRacing.