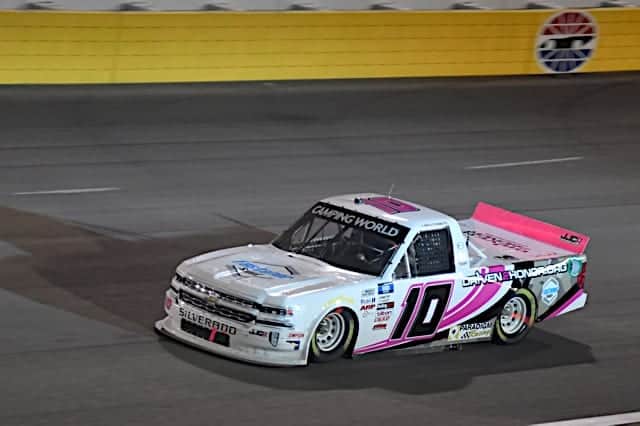 “I am so thankful for this opportunity with RWR, and greatly appreciate Arrowhead Brass for coming on board to help make this happen,” Cobb said in a team release. “It’s also exciting to have my longtime sponsor at Fastener Supply to extend their support as well.

“I have a long history with RWR and a lot of respect for this organization. This team has a lot of heart and reminds me a lot of my small team competing against such mammoth organizations.  I am proud of what RWR has accomplished and I want nothing more than to make the team, Arrowhead Brass and all my sponsors and supporters proud of this effort.”

Cobb will be the first woman to start a Cup race since Danica Patrick in the 2018 Daytona 500.

“I am grateful to have a new sponsor like Arrowhead Brass join in my excitement of having Jennifer Jo Cobb drive for RWR at Talladega Superspeedway,” team owner Rick Ware said. “Being a female in a male-dominated sport is not an easy task, especially for as long as Jennifer has been competing in NASCAR. I hope that she has a successful first NASCAR Cup Series debut and look forward to Arrowhead Brass making their NASCAR sponsorship debut at Talladega as the primary sponsor on Jennifer’s car.”