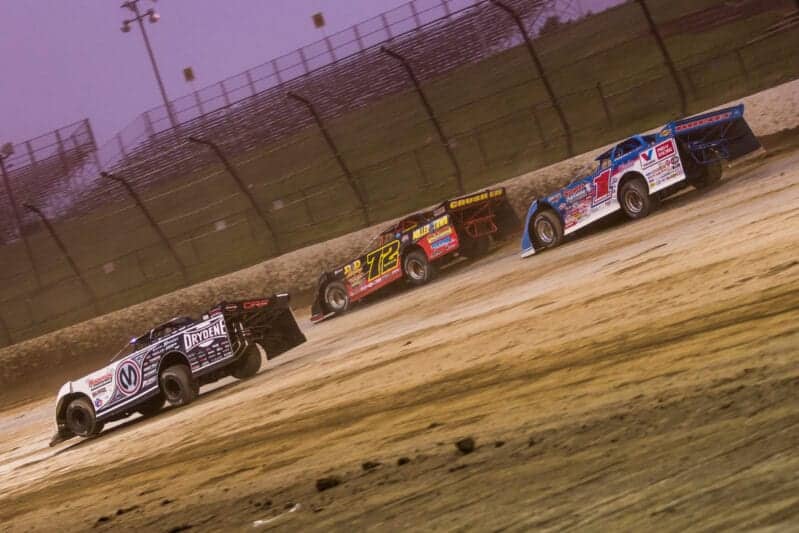 There’s a reason the expression reads, “heavy weighs the crown.” At day’s end, there is only one king. That solitary existence is what makes a king so unique, so illustrious and so powerful.

Sadly, that fact appears lost on the Eldora Speedway, whose 2021 schedule released this week includes what they’re terming a “double down” on the track’s crown jewel events. The 2021 slate will feature two late model “Dreams,” two World 100s and yes, two “King’s Royal” sprint car features over the course of the summer months.

In what’s likely to be an unpopular opinion alongside my evergreen insistence that sprint cars be fit with starters, there is too much of a good thing, and Eldora hit that button on the head.

That’s not to say that there isn’t a case for Eldora doing what they’re doing. For one, the track lost arguably its highest visibility event of its slate this offseason when track owner Tony Stewart, (rightly) irate that NASCAR overlooked his pristine dirt track for a Cup race to instead bury Bristol Motor Speedway in an example of corporate welfare gone muddy, opted not to keep his date on the Truck Series schedule for 2021.

Eldora is no longer the only dirt venue boasting major-league NASCAR. It’s now back to competing with the hundreds of dirt tracks across the US. And what better way to maintain its standing at the top of that hierarchy than by offering not three, but six dirt car events with purses exceeding $50,000 to win? I will wager there are very few dirt racers out there complaining about having six such chances to race for huge purses on the slate this season.

It’s also understandable that Eldora wishes to double the chances for its legions of fans to actually take in a major event after not racing in 2020 due to COVID-19 restrictions. Behaving with a responsibility sorely lacking at most dirt tracks in the United States, Eldora will be limited to 30% grandstand occupancy for its major events, pending of course whatever trend the pandemic takes in this country. The way things are going, 30% may well be as good as it gets in 2021.

But let’s explore “as good as it gets.” Eldora is as good as it gets when it comes to dirt tracks. As I’ve previously written in this column, among the hundreds, if not thousands, of races I’ve attended in person, the inaugural Truck debut at Eldora back in 2013 is to this day among the most electric I’ve ever attended. The facility has a tremendous racing surface and is impeccably run. It brings the professionalism of a major NASCAR event with the racing product big-league NASCAR wishes it had.

Which is why the “double down” strategy worries me, especially when one considers the way that Eldora is branding these events.

But that economic reality aside, that doesn’t change the fact that the winner of the 38th King’s Royal will reign for less than 48 hours as the king of the event. Sound anti-climatic? It sure does to me.

And make no mistake, there’s no way to argue that running two of the events in the same year, much less during the same week, will not lessen the prestige of winning either feature.

But perhaps most of all, this attempt to shoehorn something lost into 2021 is a trend ongoing in American motorsport that’s not lending itself to desirable events. Last summer’s Indianapolis 500, run in front of empty grandstands months removed from Memorial Day, felt every bit as hollow as the echoes ringing through the empty Brickyard. The Mother’s Day editions of the “Southern 500” at Darlington finally had company.

The decision by the dirt racing community at large to embrace the temporary Bristol dirt track that emerged solely to window dress NASCAR’s latest promise to “go back to the roots” its spent decades trampling over resulted in underwhelming events that this past weekend translated into the most woeful World of Outlaws-sanctioned race run in 2021.

History being what it is, the crown jewels of Eldora were lost for 2020. That is a terrible loss for racing fans and teams alike, but it also isn’t without precedent. After all, Indianapolis didn’t run four 500-mile races in 1946 to make up for World War II shutting down American auto racing.

Want to give racers multiple chances to race for big money? That’s great. But come up with a new event. Don’t want to stand up and brand a new feature? Filter the money down to the B-main for the King’s Royal, World 100, etc. and make it the richest non-qualifier race of the season.

Eldora is one of those rare tracks where I actually will give the owners/promoters the benefit of the doubt that they are acting with genuine concern for the racers and fans alike. There is a case to be made for how they’re handling their crown jewel events in 2021.