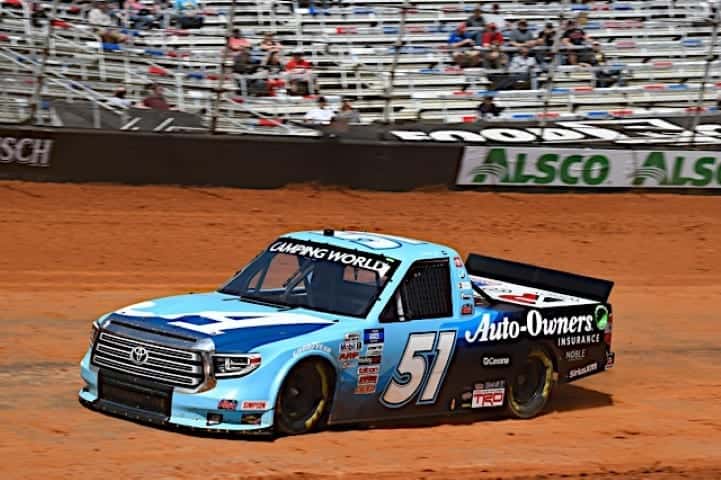 Per an April 16 team release, KBM has added Brian Brown to its already robust roster.

Brown will drive the No. 51 Toyota at Knoxville Speedway on July 9. The NASCAR Camping World Truck Series contest is the second and final dirt race on the Truck schedule.

If there was any driver who has a home-field advantage of the announced entrants so far, it would be Brown. The veteran dirt racer is a five-time track champion at Knoxville. In addition, the 42-year-old has racked up 185 victories driving sprint cars at various tracks around the county.

“Brian has been a great ambassador for the Rowdy Energy brand this year and has an impressive resume at Knoxville, so as the Camping World Truck Series visits the famed dirt track for the first time, we thought it was the perfect opportunity to get him behind the wheel of the No. 51 Tundra,” KBM owner Kyle Busch said in a team release.

At Bristol Motor Speedway’s dirt track, the No. 51 fielded Martin Truex Jr., who won the event.