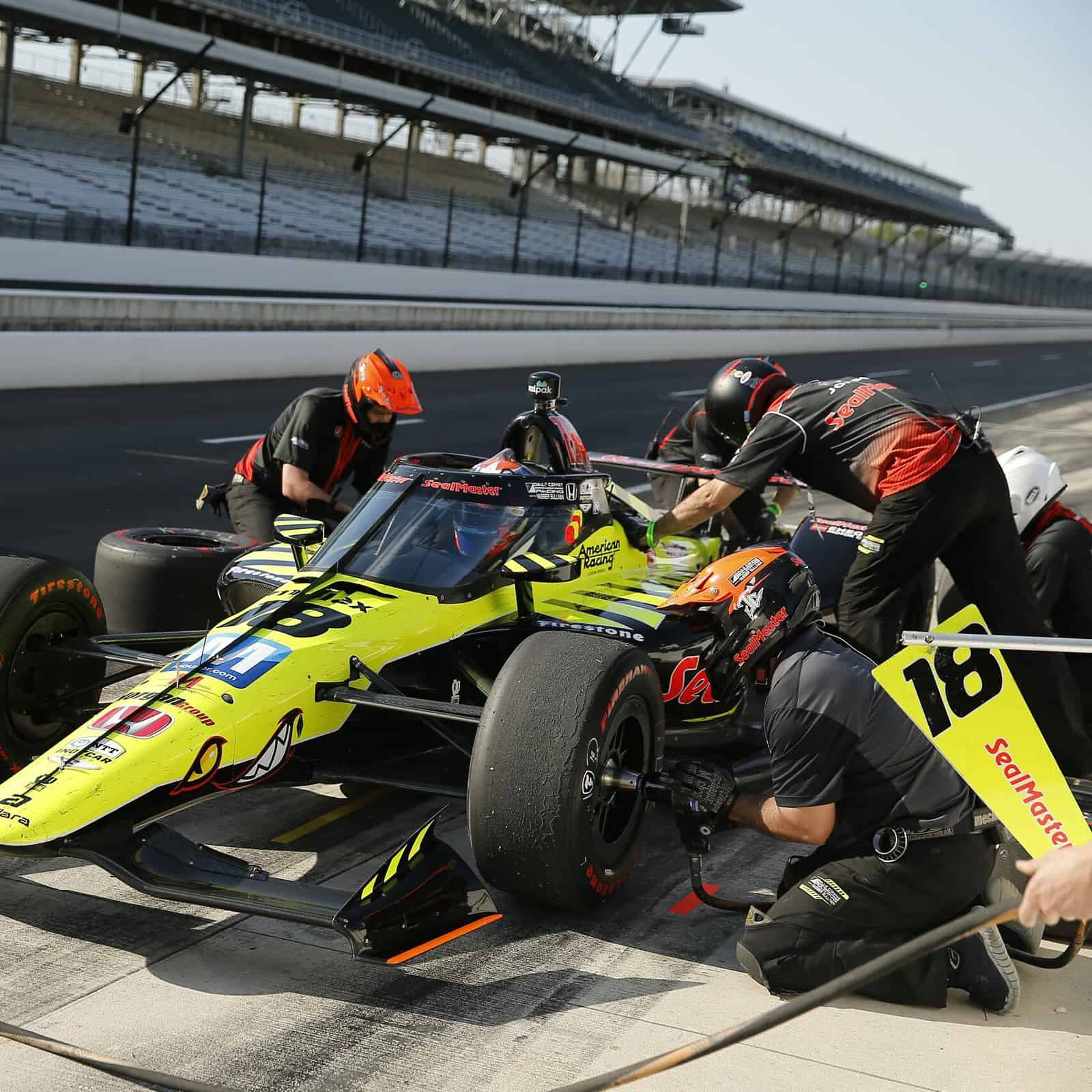 Some drivers in the 2021 NTT IndyCar Series might not necessarily be in the hunt for a race win, but they’ll be looking to get to that point. This preview will go over those drivers, particularly the ones that are running the overwhelming majority of the races.

James Hinchcliffe has six IndyCar race wins under his belt and has signed for a full season campaign with Andretti Autosport. However, the Canadian was out of the car for eight of the 14 rounds of the 2020 IndyCar championship. While Andretti Autosport does give Hinchcliffe a familiar environment for a full season, it may take the 2016 Indianapolis 500 polesitter some time to get his bearings set.

That being said, on his day, Hinchcliffe can dominate a race as well as any driver. When that day will come is to be determined.

Jimmie Johnson is joining the IndyCar world after building for himself a place on NASCAR’s 21st century version of Mount Rushmore. The seven-time NASCAR champion is racing for Chip Ganassi Racing on the road and street circuits in the No. 48 Honda. While Jimmie has said that ovals were a bit too dangerous for him to try out in an Indy car, his feelings have thawed a bit and we could see the Californian race in the 2022 Indianapolis 500.

However, this will be a whole different playground for Johnson. Having spent over 20 years with a roof over his head and his seating position off to one side, the two-time Daytona 500 winner has spent numerous days testing an FR Americas car (Formula 3 car built to race in America) in order to “unlearn” driving a stock car and learn how to navigate an open-wheel car around a track.

Speaking of drivers going after road and street courses in their rookie IndyCar season, Romain Grosjean joins IndyCar after being released from the Haas Formula 1 team. The Frenchman has said that superspeedways are too dangerous, but added that World Wide Technology Raceway at Gateway might be on the radar for a race in 2021.

Grosjean is looking for a bit of a career reboot in North America. After scoring 10 podiums in F1 from 2012-2015, the 2011 GP2 champion gradually slid down the driver points classification with Haas F1, ultimately culminating in a fiery exit from the 2020 Bahrain Grand Prix in a massive accident on the first lap. Grosjean will have the opportunity to compete on a level playing field with the entire grid for the first time in over a decade, allowing his strengths behind the wheel to shine through.

Driving again for Ed Carpenter Racing in 2021, Conor Daly is still looking to break through the glass ceiling of victory in IndyCar competition. After scoring a podium in his first full season of IndyCar competition in 2016 for Dale Coyne Racing, Daly has spent most of the last four seasons as a nomad, driving full time for A.J. Foyt Enterprises in 2017 and part-time in 2018 and 2019 before splitting 2020 between Carlin and Ed Carpenter Racing.

Daly finished no higher than 12th for Ed Carpenter Racing, but had four top 10 finishes for Carlin as he raced at all non-Indianapolis 500 oval races for Trevor Carlin’s team. After scoring a pole position for Carlin at Iowa, Daly certainly could give Carlin their first top five finish on an oval and their second since joining IndyCar in 2018.

Marcus Ericsson is hoping to build on his 2020 season momentum by staying at Chip Ganassi Racing for 2021. The Swede moved to Chip Ganassi Racing to partner Scott Dixon ahead of the 2020 IndyCar season and finished 12th in the points. With three top five finishes in 2020, Ericsson wouldn’t be a bad look at a couple of podiums in 2021 to add on to his one podium at Detroit in 2019.

Joining Ericsson and Dixon at Chip Ganassi Racing is Alex Palou. The Spaniard drove very well at Dale Coyne Racing in 2020, scoring a podium finish at Road America. Switching to Chip Ganassi Racing means that more pressure is on the Super Formula standout.

However, Palou has performed well in various series around the world. Finishing third in the 2017 Japanese Formula 3 Championship led Palou to the FIA Formula 3 European Championship in 2018, where he finished seventh in points. However, it was back to Japan in 2019 for Super Formula with a win and three poles to finish third in points ahead of going to IndyCar in 2020. Expect Palou to get a couple of podiums in 2021 if the 2020 season was just a building block.

After narrowly missing out on Rookie of the Year honors for the 2017 Indianapolis 500, Ed Jones is back in the IndyCar series for his old team owner Dale Coyne. The Dubai-born Brit spent 2018 at Chip Ganassi Racing and 2019 at Ed Carpenter Racing in a partnership with Scuderia Corsa.

Jones was slated to drive in DTM in 2020, but COVID-19 travel restrictions meant that Jones was stuck in Dubai, so 2020 became a gap year for the 2016 Indy Lights champion. As the new lead driver at Dale Coyne Racing, it’ll be interesting to see how Jones gets back into the swing of driving an Indy car, especially if he can add to the podiums he scored in 2017 and 2018.

Max Chilton’s tenure at Carlin has had limited results for the British racer. Chilton’s previous tenures at Carlin in GP2 and Indy Lights have produced wins, but in the IndyCar Series, Chilton has yet to score a top 10 finish for his current team, his best being 11th place on three occasions.

Dalton Kellett’s time in the Road to Indy was defined by his performances on ovals. The Canadian finished on the podium eight times during his tenure in the INDYCAR-sanctioned ladder system, with six of those taking place on ovals. Despite eight podiums, Kellett was unable to score a win in over 100 starts.

Kellett will be racing again in 2021 for A.J. Foyt’s team, having scored a best finish of 20th in both Road America races in a partial campaign in 2020. Kellett will have Sebastien Bourdais as a full season teammate to help elevate the teams’ efforts.