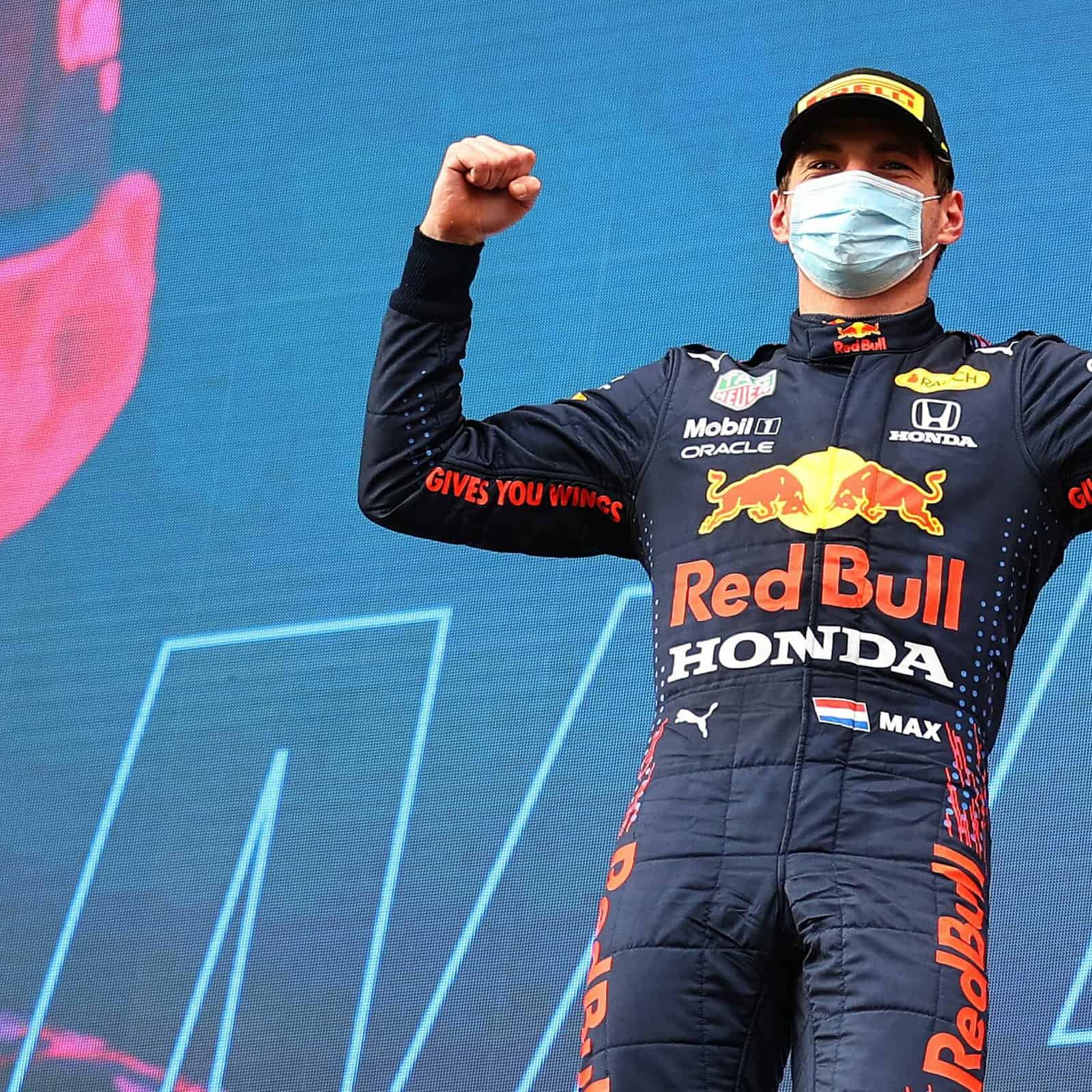 Max Verstappen won the Emilio Romagna Italian Grand Prix with a modicum of ease on Sunday (April 18).  Racing on the Imola track for the second year in a row, the once-dismissed circuit provided a great theater for action, one where Verstappen seemed to miss everything and cruise to the win.

In reality, Verstappen appeared to get little press for the duration of the event because once he was out front, the battle for first never came to fruition.  For Verstappen and Red Bull, taking a win with such ease is the type of dream that turned reality far quicker than expected.

The race started under wet conditions with most drivers on intermediate wet tires.  Verstappen used a brilliant start to pull alongside Lewis Hamilton by the first turn, forcing Hamilton wide, pulling in front, and then seemingly taking control of the race from there.

The field initially appeared to settle in behind the leader. But Nicholas Latifi spun off the track, then rejoined and collided with Nikita Mazepin. The incident sent Latifi into the wall, bringing out the safety car.

The caution period lasted until the seventh lap and featured Mick Schumacher sliding into a wall and scuttling his front wing. Then, Sergio Perez slipped off track before racing to regain his position – a move that cost him a 10-second penalty.

That all changed on lap 32, when Valtteri Bottas and George Russell crashed out in a terrible wreck.

The incident that brought out red flags in Imola ?#ImolaGP ?? #F1 pic.twitter.com/Z18dCPXwOZ

The red flag period allowed for teams to check and repair cars while drivers could gather themselves for the second half of the race.

Verstappen got away clean on the restart and then pushed to a 14-second lead, easily earning the 11th win of his F1 career.

– Ferrari, at one point, held third and fourth positions that might have once been considered underachievement.  However, after the past two years, seeing Ferraris so close to the front of the field is practically cause for jubilation.  If it were not for Hamilton making mincemeat of them in his drive to second, Ferrari would have held station.  Still, having the prancing horse take fourth and fifth is borderline remarkable.

– Lewis Hamilton ran, in essence, two races to earn his second-place finish.  In the first half of the race, Verstappen had been in control but Hamilton began reeling him in, closing the gap from over five seconds down to under two.

Hamilton looked to be stalking Verstappen and ready to steal another race but his uncharacteristic trip into the gravel on lap 32 set him back into the rear of the field.  For a moment, Hamilton’s race looked to be over but he reversed himself out of the gravel trap and regained a position inside the top 10.  From there, Hamilton’s second race began.

With new tires and a new perspective, Hamilton restarted ninth and then began ripping his way through the field.  What might have been the most telling aspect of this performance was his ability to drive past a McLaren and both Ferraris with noticeable ease.  That ability shows just how far those teams are from being able to pace themselves with Mercedes.

– In the first third of the race, Lando Norris fell from seventh to 10th and then proceeded to claw his way through the midfield.  Sliding into the sixth position, he sat behind his teammate Daniel Ricciardo and grew frustrated.  After team communication, with Norris urging McLaren that he had better pace, Ricciardo allowed Norris past and Norris began his continued fight forward.

After Perez served his 10-second penalty, Norris gained another spot and held fourth.  Then Hamilton slid off and fell back, Norris found himself in third, a spot he held for the restart that came after the red flag period from the Bottas-Russell crash.  The restart set him up for his move into second, a position he kept until Hamilton blistered the track and roared past him.  The podium finish is a wondrous result for both Norris and McLaren, resulting in two decent points finishes with Ricciardo’s sixth.

– Mick Schumacher wrecking himself while trying to warm his tires on lap 4. Making the matter more problematic, Schumacher did so in front of the pit lane, which effectively closed the entrance for an extra lap as the debris was cleared.  This mess caused the first six laps to be run under yellow-flag conditions.

– Sergio Perez started the GP in second and yet, as soon as the race began, it suddenly seemed like he had forgotten which track he was racing on. Certainly, he struggled with his judgment and stumbled all the way back to 11th place.  Perez has stated taming his Red Bull ride is going to take time and this race made his remark all the more prescient.

Perez struggled all day, never looking comfortable, and took a car that should have been in the mix for the podium and finished outside of the points.  Because of his poor performance, Red Bull missed to opportunity to snag a bunch of important points in the team’s battle with Mercedes for the constructor’s title.

Should Perez not get up to speed in the next four or five races, there is no doubt rumors about his place with the Milton Keynes-based team will start to circulate.

– Alpha Tauri blundered in its strategy, keeping Pierre Gasly out on wet tires when intermediates were necessary.  In a car that should have competed for spots in the middle of the top 10, Gasly watched as the race slipped away from him, racing tires that troubled his pace and kept him from competing.

The team attempted to keep him on wets until a switch to slicks but the track dried to slowly to make it work.  The only way that Gasly was able to salvage seventh in the race came from the red flag that allowed for a reset and then Lance Stroll earning a penalty for an illegal overtake.

Gasly is a solid talent and the Alpha Tauri is a decent car. It would be a shame to see the team squander opportunities with silly mismanagement.

“I think we managed everything well, then a little moment in my restart, but everything else went really well today, so of course, very happy with that.” -winner Max Verstappen

“I definitely didn’t think I’d be on the podium when I was facing that barrier, but I remember just sitting there looking at the barrier and I refused to think that the race was over, refused to believe that the race was done. I could have obviously turned the car off and got out – but I’m grateful I didn’t.” –Lewis Hamilton

“It was tough! We made the decision to go on the softs, I wasn’t so confident to get the tires working and it’s not an easy track to overtake on. Lewis might say otherwise. But I think it was the right decision.” –Lando Norris

“I haven’t spoken to him. I couldn’t hear a thing he was on about. I don’t really get it. It was clearly his fault and I don’t understand the rage.” –Valtteri Bottas

“I’m very, very sorry, first of all to my team because I wasn’t there today.” –Sergio Perez

There is now way Hamilton gets to second if there is no red flag and restart. He can thank Valteri for that.

Who he had to thank is arguable. But Toto had to be on the point of either screaming or laughing. Lewis problems came about as an attempt to lap Russell (who is on loan from Mercedes to Williams) them there is the running together of Russell and Bottas.
Finally Lewis getting away(?) with reversing out of the wall.
Fun stuff.
But you are correcvt it all came together for Lewis, as it so often does.