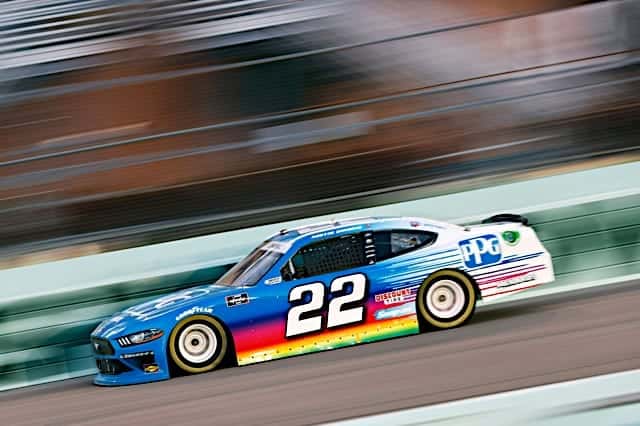 After a week off, the NASCAR Xfinity Series heads to Talladega Superspeedway where Austin Cindric sits on the pole.

Though he finished sixth at Martinsville Speedway, he still holds a 42-point lead over Daniel Hemric in the standings.

Hemric will start next to Cindric on the front row, while Hemric’s Joe Gibbs Racing teammate Harrison Burton lines up third. Noah Gragson starts fourth and Justin Haley, who swept Talladega in 2020, rounds out the top five.

Driver’s and car owner’s finishing position (weighted 25% each), fastest lap from previous race (15%) and rank in team owner’s points (35%) were calculated and combined to form the lineup.