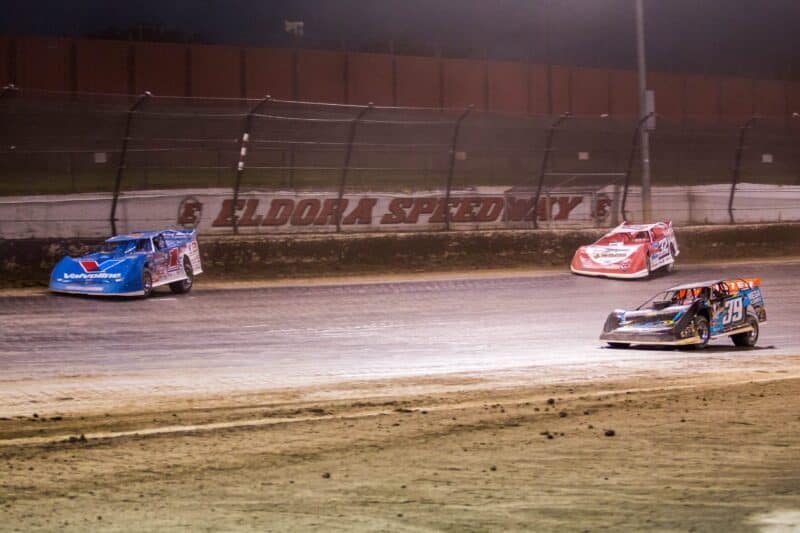 Let’s compare and contrast two major sporting events that have kicked off in the last week. Last Thursday (April 14), the Tyler County Speedway in Middlebourne, West Virginia, hosted the first round of the Castrol Racing Night in America dirt late model tour, a race that saw a stacked field of super late models compete for a $10,000 prize that drew some of the top late model talent in the country. The racing was good and the roster stout, a solid first outing for the race tour.

Over across the pond, European football (soccer for the majority of those reading this column) was rocked by the announced debut of the “European Super League.” In a nutshell for those not familiar, 12 of the largest soccer teams in Europe decided they were going to break away from the current association responsible for top-level competition, creating their own league where they, as the 12 biggest teams, would gain automatic entry into the competition.

That’s anathema in Europe, where the vast majority of soccer leagues operate on the principle of promotion and relegation. That is, teams that win can climb the ladder from the minor leagues to the big time. And vice versa; clubs that don’t continually achieve drop to the lower ranks, and lose revenue in doing so.

The Castrol tour was widely regarded as a success, and anticipation is palpable in the dirt racing community for round two tonight at the Atomic Speedway in Ohio, where a $22,000-to-win purse is expected to draw major-league talent. On the other hand, the ESL was so widely panned and criticized by media, fans and players alike that the league has now all but disbanded, lasting a mere 48 hours. Not since the “Thousand Year Reich” was crushed in 12 years has Europe seen such a dramatic flameout.

So why make the comparison between the two? Because honestly, if there’s any sport out there to compare the American dirt racing scene to, it’s European football. And not just because the fanbases of each sport are the most passionate on planet Earth, bar none.

Just like in European football, dirt racing operates as an open pyramid for competitors to move up the ladder. Sure, (most) tracks have experience requirements that will ensure a 12-year-old kid with a rich daddy can’t get behind the wheel of a super late model his first night at the track, but when it comes down to it, those that want to race that show up with a legal racecar and pay the entry fee can race. Same thing in football, where owners of a single-A club with a tiny stadium can spend money to build better facilities, buy better players and win championships in a bid to make their team a bigger deal.

Yes, dirt racing’s major series do offer provisionals to series regulars that struggle in qualifying or find trouble in a heat race, but their fields are open. Provisionals get added to the tail of the field in these races; they don’t deprive drivers that otherwise qualified of a spot in the feature field.

Dirt racing also operates like European football in the sense that competition is a seven-day-a-week environment that limits what competitions can and can’t be contested (for reference, starting on April 21, dirt races will be run 23 of the next 24 consecutive days across the country).

European football features a dense schedule, with clubs contesting a regular league schedule in their home country, as well as competitions that span opponents across the continent and mid-week knockout “Cup” tournaments domestically. Soccer players are not like racecars, they require rest, and that means that teams are often forced to pick and choose which games are most important, playing their A-roster one night and using substitutes and development players the next.

The same can be said for dirt racing’s ranks. Just this past weekend saw the nation’s top two late model drivers in Jonathan Davenport and Brandon Overton contest entirely differently schedules. Davenport won the inaugural Castrol tour race at Tyler County and picked up another trophy in Kentucky before going back on tour with the Lucas Oil Late Model Dirt Series. Overton stayed at home in the South and scooped up trophies in Tennessee and South Carolina.

At this point in the season, many late model drivers will drop off national tours where they don’t have a realistic shot a title, instead opting to cherrypick races where they have a chance to rack up the most winnings and trophies. As was previously written in this column, Overton made that the plan for 2021 all along. Veteran Scott Bloomquist was the latest to announce such a change this week, dropping off the World of Outlaws Late Model tour.

And perhaps most important of all is the true national scope of dirt racing. For as popular as Formula 1 is in Europe, it can’t hold a candle to the grip soccer has on the continent. And while the game looks very different depending on where you are in Europe (the English Premier League features large stadiums that in many cases can hold their own with the best the NFL has to offer, while Gibraltar’s national stadium resembles the parks and rec fields my bar league team used to play on), the rules remain the same. The game owns the continent’s sporting scene.

So let’s look at dirt racing.

There are active dirt tracks in 49 U.S. states, the vast majority of which have seen car counts increase in recent years. Sure, there’s regional differences (late models dominate the South, while big-block center-drive modifieds own the scene in New York), but the rules are largely the same: heat races, B-main, feature time. NASCAR may be more recognized, but dirt racing truly is the nation’s motorsports language.

Which begs the question… given the similarities, how did dirt racing hit pay dirt while some of the biggest sporting entities in the world collectively failed?

For one, let’s look at Castrol Racing Night in America. By going with a mid-week racing program, they avoided creating conflicts with the weekly Friday and Saturday programs that are the bread and butter for most of the nation’s tracks. In comparison, the Super League intended to replace the current Champions League competition in Europe with their own, a competition that unlike the Champions League would not be open to all.

That’s another item that the Castrol tour got right. Instead of taking a page out of the World of Outlaws’s playbook and making their big events invitationals (case in point, the closed field for this weekend’s Bristol sprint car races), the Castrol tour instead posted a big prize and let anyone interested compete for it. The race at Tyler County benefitted: the nation’s hottest driver in Davenport showed up and mixed it up with a number of local ringers, with Fairmont, W.V.’s Jacob Hawkins putting up a good fight early in the event.

That strong mix of local talent with national star power packed the stands. That’s one of the greatest facets of dirt racing, the matchups change every race night. The Super League seemed to be oblivious to that concept, failing to understand that if the big names play themselves over and over again, the matchups quickly lose luster. Plus, who ever heard of a tournament with no underdogs gaining traction?

As I observed in my first column on the dirt beat for Frontstretch months ago, dirt racing’s roaring success over the last 12 months came at least in part for being a bastion of normal in a world that’s been changing by the hour. The Castrol tour is nothing new or complicated, it’s dirt racing for big money that did nothing to disrupt the sport as a whole. It’s an addition, not a demolition.

Go figure that the dirtiest and arguably most disorganized sport in America pulled off what 12 of the richest sporting organizations on the planet could not.

If anyone wants to see real dirt car racing at Bristol, this is the Outlaws racing there.