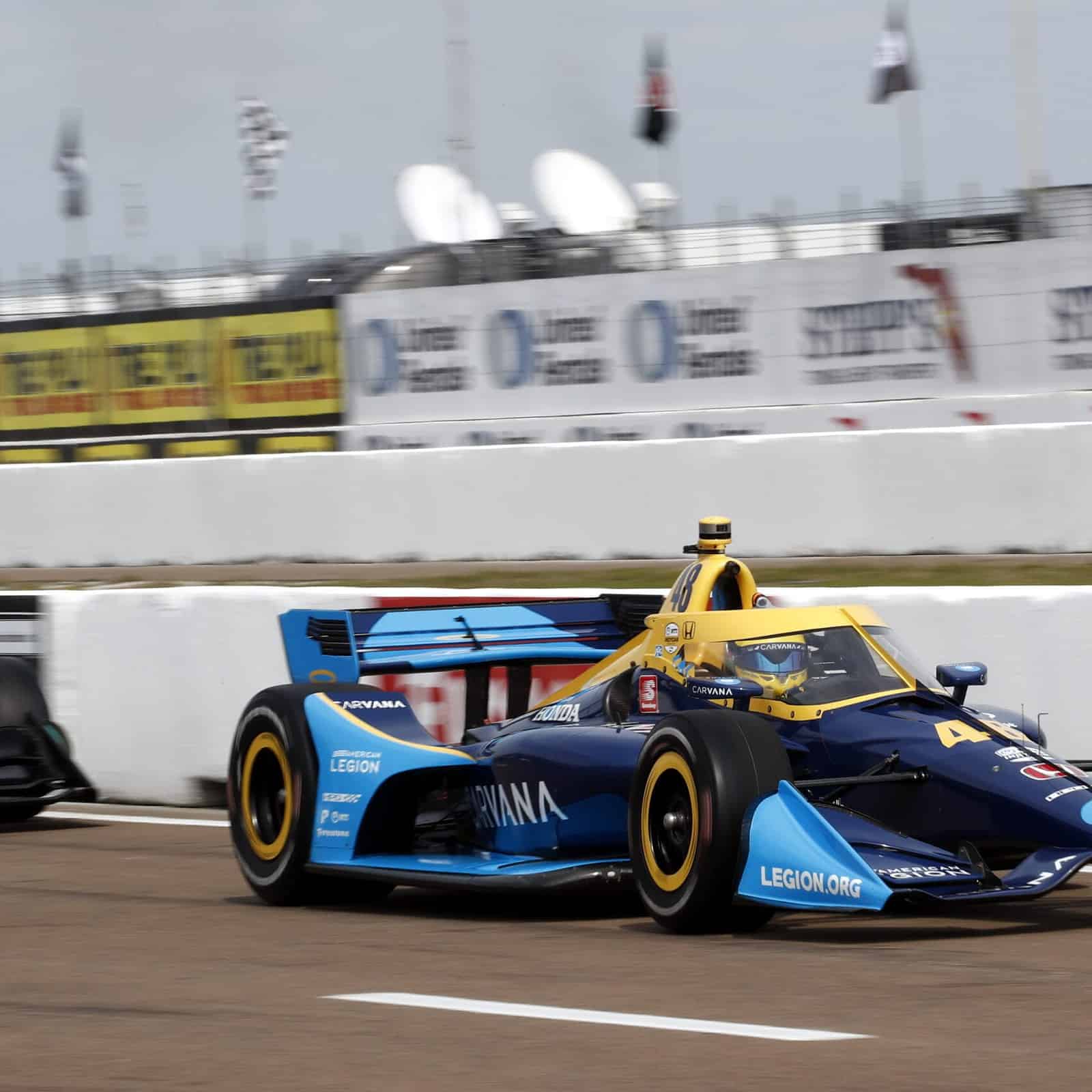 ST. PETERSBURG, Florida — After spending the greater portion of his racing life behind the wheel of a stock car, Jimmie Johnson now calls the NTT IndyCar Series home, but despite his experience, the seven-time NASCAR champion is begging to be treated like a first-time racer.

“The team knows I have a lot of racing experience so they don’t want to say the obvious and frustrate me by like ‘Oh hey, try this,’” Johnson said Friday, April 23. “But after this past weekend I’m like, ‘Please treat me like a total rookie because that’s what I am, tell me what to do and how to do it!’

“Right now it’s a bit overwhelming for me because on the steering wheel there’s more buttons and knobs than I’ve ever seen on a steering wheel before. The data that’s being fed to me, the team’s saying, there’s just a lot to take in and my inexperience got the best of me last weekend.”

However, Johnson just didn’t know what all he could do in the car. In the middle of last week’s race, Johnson dialed himself out of the prime setup window with the in car adjustments causing him to lose speed, but after the race engineer called in a few settings for Johnson to try, his lap times picked up quickly.

“We’re going to make sure I don’t tune myself out and the conversation with me and the stand is going to be a bit different and how we evolve through adjustments that we make,” Johnson said. “Because they thought I wanted the (roll bars) there and that it was helping me and I naturally thought that’s where they should be and I didn’t realize that I hurt the whole thing.”

“It brings back all those childhood memories and the conversation at breakfast with my kids and Channy (wife), they could hear the cars in the background,” Johnson said. “And my kids are like, ‘Wait a second, cars are racing right now and we can hear them, they’re in the city?!’ and I’m like ‘Yeah, I’ve shown you the map, I’ve shown you the walls, we’re racing in the city!’ and their minds are blown, it finally hit them. It’s bringing back my childhood memories and plus it’s fun to share them with my family.”

Johnson was last in both practice sessions at St. Petersburg, but the two-time Daytona 500 winner knows that there are no expectations. Racing in a completely different competitive environment and utilizing different driving skillsets takes time to figure out, but at least the IndyCar paddock has been welcoming so far.

“The IndyCar environment is a bit more relaxed, friendly, I don’t know what to quite call it,” Johnson said. “There’s certainly a bond that I can feel in the paddock, where in NASCAR you just had your blinders on and that was the enemy and I’m going to kick your ass, like it was a bit more intense in some ways but here there’s more technology, and the car driving experience is more intense so it’s hard to really just put a label on it but there is a different vibe from the paddock to the garage that I’ve been in years past.”

Johnson will be qualifying in the first group in qualifying at 1:45 pm ET.