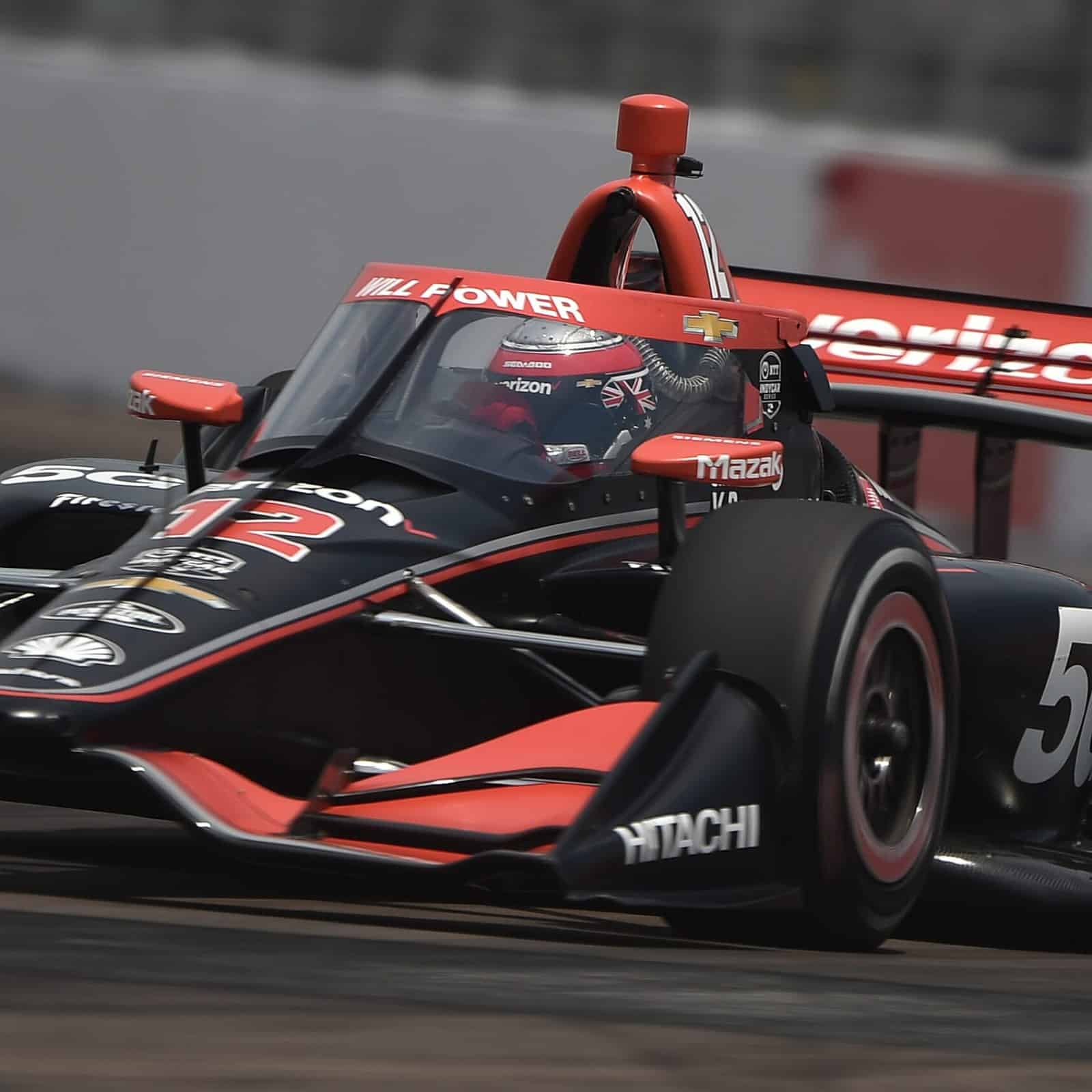 After missing the second round of qualifying for the first time since Toronto in 2019, Will Power muscled his car to an eighth-place finish in Sunday’s (April 25) Firestone Grand Prix of St. Petersburg, the second race of the 2021 NTT IndyCar Series season.

Power’s crew called the 2018 Indianapolis 500 winner to pit road early when Jimmie Johnson was stuck near the turn 13 tire wall. By pitting on lap 16, the No. 12 Verizon Chevrolet was able to eliminate fuel saving and pit at the end of the pit stop sequence as the race progressed.

Power climbed from 19th to 14th place after the whole field went through the sequence just after the first third of the race. His second stop on lap 37 allowed Power’s Team Penske crew to put the red sidewall alternate tires on that would allow him to push harder through the field.

While the red alternate tires give more grip than the black sidewall primary tires and allow for faster lap times, the tires fall off faster over the course of a run, unless a team manages to set their cars up to work longer on the red tires. INDYCAR mandates that all drivers run both compounds for at least two green flag laps on road and street circuits.

Though Power was unable to gain any positions in the middle of the race, the 2014 IndyCar Series champion was 12th after his final pit stop with a fresh set of red Firestone sidewall tires and a pair of late cautions to help close the gaps to the cars in front.

Power passed Alex Palou for 11th on lap 77, Team Penske teammate Scott McLaughlin on lap 84 and Rinus VeeKay on the following lap. All three were on the Firestone black sidewall primary tires.

Power made his last pass on Sebastien Bourdais on the 89th lap and finished the final 11 laps in eighth position, just 1.3 seconds behind Marcus Ericsson who stayed in seventh place almost the entire second half of the race after running a similar tire strategy to Power.

“[It was] a really solid day for us, getting up there to P8 inside the top 10,” Power said. “That was our goal starting the race. Obviously, qualifying was pretty disappointing, but [we had] solid pit stops. Tried to catch a few yellows to maybe finish in the top five, it just didn’t work out. But [I] passed quite a few cars on track and the car did well, so I’m really happy to get the Verizon 5G Chevy in the top 10.”

Power is still second in points but is tied with Scott Dixon, just two behind leader Alex Palou as the series heads to Texas Motor Speedway next weekend for a doubleheader. The Genesys 300 kicks off the action on Saturday, May 1 at 7 p.m. ET with television coverage provided by NBCSN.