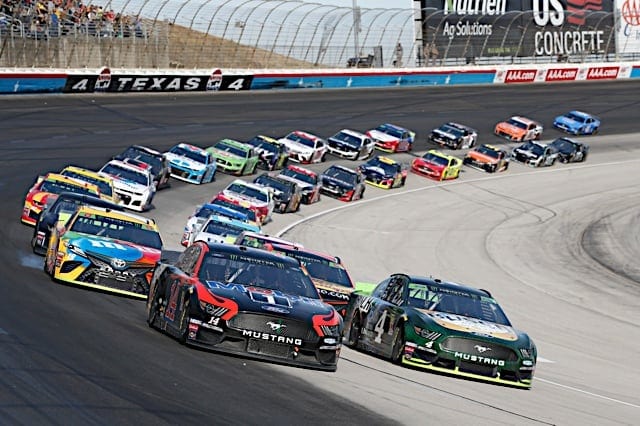 The format for the 2021 NASCAR All-Star Race at Texas Motor Speedway was revealed on Wednesday (April 28).

The feature exhibition race has six rounds totaling 100 laps, and only green-flag laps will count. $1 million prize money will go to the winner and $100,000 to the fastest pit crew in round five.

A random draw will set the starting lineup to begin the 15-lap first round. After the first round is completed, the field will be partially inverted starting anywhere from eighth to 12th place. Each of the first four rounds will be 15 laps.

After the second round, the entire field will be inverted (last will be first and vice versa). The third round will be conducted the same way as round one, while the fourth round is 15 laps.

Round five features a different way to set the lineup for 30 laps: average finish. Each driver’s finishing position from each round will be added and the driver who has the best average finish will start from the pole in round five. This is also where drivers will have to pit; whichever crew posts the fastest pit stop will win $100,000.

Round six is only 10 laps, and drivers will start where they finished in round five.

Cars will use the high-downforce package with the tapered spacer used on the superspeedways.

The Open qualifying race will be three stages – 20 laps each for stage one and two and 10 laps for the final stage. Like last year, segment winners and the overall winner will move on to the All-Star Race, while a fan vote determines the final driver in the ASR field.

Ye gods! Who in Nascar thinks that complicating things beyond comprehension is a good thing?

I had to break out the calculator for this one. Oof

I didn’t expect anything different from the brain trust in Daytona. They’ve never heard about KISS.

Absurd was my first thought. Is the whole France family drinking !

I want to hear Clint’s take on this, off the record. Lol

I can see a lot of drivers drifting to the rear for the total field inversion. I guess they’ll bring back spin the wheel. They want to keep the bumper cars in a pack.

I see that all the top drivers well have to run good to get the best average finish. I like it.

We all know the old saying about dressing up a pig.