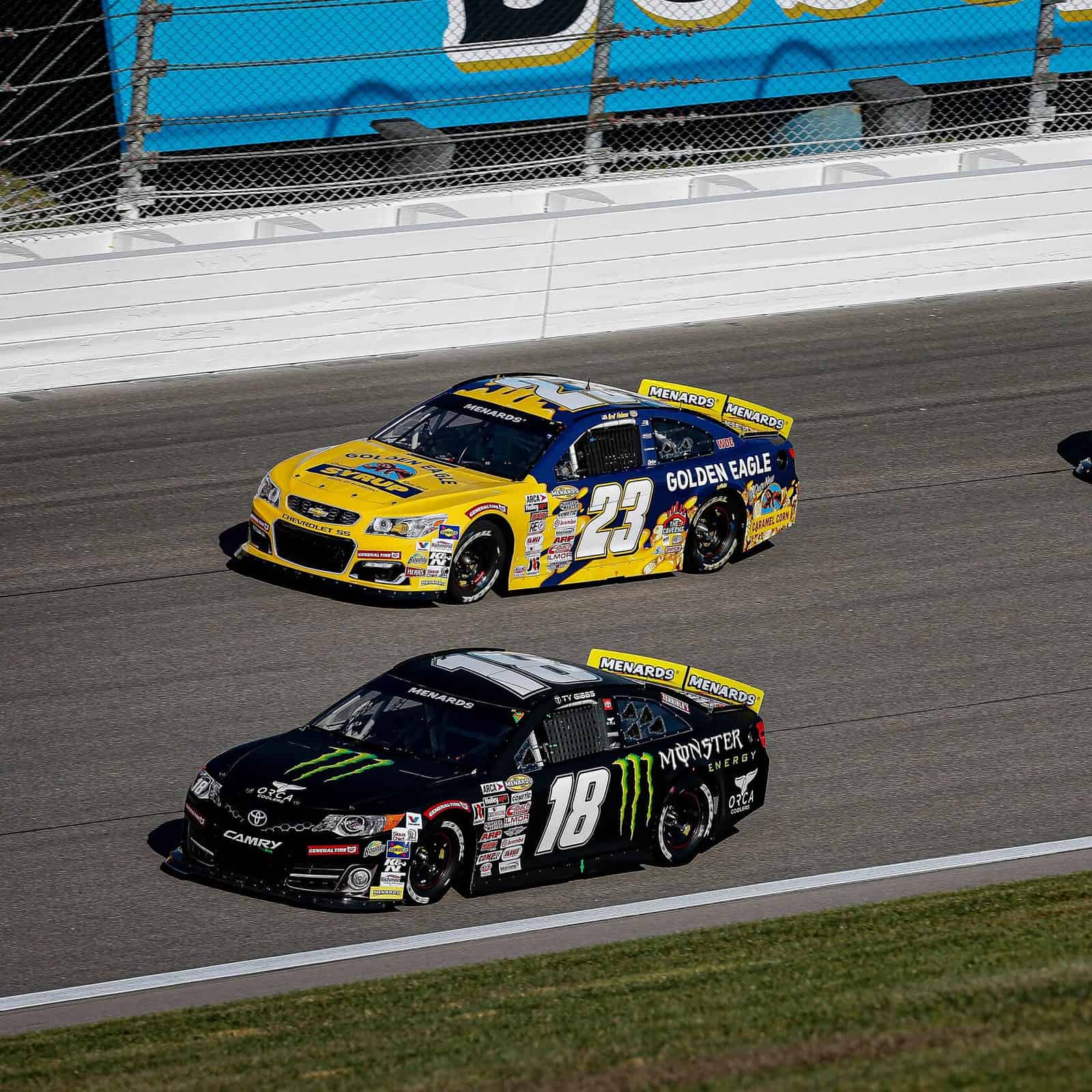 One week after an exciting but harrowing race at Talladega Superspeedway, the ARCA Menards Series takes on Kansas Speedway for Saturday’s (May 1) Dutch Boy 150.

Last year, Bret Holmes won his only race of the ARCA season at this 1.5-mile intermediate track. Holmes prevailed over Ryan Repko by a whopping 14.5 seconds while Riley Herbst, Corey Heim and Tanner Gray placed in the top five.

While Holmes looks to defend his victory in this 100-lap contest, he may have to contend with Heim, this year’s winner at Daytona International Speedway and Talladega and victor in last fall’s Kansas race.

The fourth round of the ARCA season will be contested between 19 drivers and teams. By all means, the Dutch Boy 150 could be hotly contested despite Holmes and Heim winning at this asphalt arena as the remaining 17 drivers pursue their first triumph at Kansas.

Just one lap away…

I’d be lying if I said I wasn’t upset. Led over 25 laps and made all the right moves to stay up front. My team brought me the fastest car. I’m just thankful for all of my supportive family, friends, and partner who kept my spirit high and allow me to do this pic.twitter.com/z4ueRI2Eo8

Without a doubt, Holmes will enter this Saturday’s race feeling a bit jaded with his close-but-no-cigar bid for the win at Kansas. The part-time series competitor and defending ARCA champion seems like a heavyweight favorite.

Consider Holmes’ aforementioned win last summer along with three top-five results and four top-10 finishes in his previous five starts. Logging an average finish of 8.6, Holmes at Kansas is like the title of a Jack Nicholson movie from 1997 – “As Good As It Gets.”

Along the same lines, Heim is another formidable contender at Kansas given his victory in last season’s ARCA finale. Despite Heim’s only races being his two starts last year, the Georgian has made his Kansas starts count with finishes of fourth and first. Also, Heim has been on a torrid start this year with wins at Daytona and Talladega along with a runner-up result at Phoenix.

With a solid average finish of 2.5, the 20-year-old racer and ARCA points leader might make this a great battle with Holmes in a classic Chevrolet-versus-Toyota on-track fight. Heim seems like a man quite ready to win Saturday’s race.

“I’m so confident,” Heim said in an interview with Garth Allan of Racing News Now. “I’m so happy we’re going back to Kansas. I raced twice there last year out of my seven-race schedule. I’m really pumped to go back there. We had two good runs last year with my Venturini Motorsports team. We’re going to bring a different car this time but it’s updated and it’s ready to go. I’m really looking forward to it.”

It would be foolish to dismiss Joe Gibbs Racing’s Ty Gibbs after a strong fourth-place finish at Daytona and win at Phoenix Raceway. Despite a late-race crash at Talladega that relegated Gibbs to a 27th-place finish last week, Gibbs may be entering this week’s race with a bit of a vengeance. Considering his 14th-place result when he lost 40 laps due to a right-rear hub issue, Gibbs seems like a young racer set to challenge for the win on Saturday afternoon.

Jack Wood is set to make his first start at Kansas Speedway in his No. 21 GMS Racing Chevy entry. Following a decent 11th-place finish at Talladega, Wood hopes to shake off an inconsistent start to his season with a respectable race day at this frantic intermediate track.

Although Drew Dollar has yet to win a race in this young ARCA season, solid finishes of second, seventh, and fourth have rewarded the 20-year-old with a strong second-place ranking in the points standings heading into Kansas.

If there’s a driver who’s capable of challenging Heim and Holmes, look for Dollar to be in the mix with a couple of seventh-place results and an eighth last fall, resulting in a solid 7.33 average finish at Kansas.

Toni Breidinger has been quite solid in her partial schedule with the No. 02 Young’s Motorsports Chevy. Placing 18th and on the lead lap at Daytona before a first-lap crash derailed her efforts at Phoenix, the 21-year-old Californian wheeled her Chevy to a commendable 12th-place result at Talladega. Much like most of her competitors, Breidinger will make her first start at Kansas.

Great effort by @ToniBreidinger and our @ARCA_Racing No. 02 @hudabeauty crew @TALLADEGA this afternoon ?? P26 ➡️ P12

Crew chief Kevin Reed shared a partial photo of a rather sharp looking No. 25 Toyota Camry which will be driven by 23-year-old Derek Griffith on Saturday.

Griffith, a Hudson, New Hampshire native, hopes to improve upon his 30th-place finish at Daytona, his only other start this season in ARCA. Last year, Griffith placed eighth in the No. 22 Ford Fusion entry fielded by Chad Bryant, a result that he hopes to greatly improve upon in his Venturini Motorsports ride.

Despite a bump draft that went badly last Saturday, Nick Sanchez finally snapped out of his funk by finishing third at Talladega, his first top five and top 10 of the season. By all means, while a No. 2 car without sponsors isn’t the best situation for Sanchez and Rev Racing, perhaps their race day will be much like their car set for Sanchez’s first start at Kansas.

Following a rough start in the season opener at Daytona, Thad Moffitt has been quite steady in his No. 46 Ford Fusion with a third at Phoenix and sixth at Talladega. When considering his only start at Kansas last year resulted in a 10th-place finish, Moffitt could be in for another solid points day.

“Kansas is a really fun track and usually you can run multiple grooves when you need to,” Moffitt said in a team press release. “I think in our race, it will be about who can hold their car on the white line the longest without washing up. Thankfully, we have the [practice] session on Saturday morning to get dialed in and try to turn some fast laps to start up front.”

Last but not least, as ARCA prepares for the fourth round of the year, all of us continue to wish for a full and speedy recovery to ARCA competitor Derrick Lancaster.

Drivers and teams will only have on session of practice and qualifying before the race on Saturday.

The Dutch Boy 150 at Kansas Speedway will kick off just after 1:30 p.m ET with FS1 providing the TV coverage while being live streamed on the Fox Sports app.