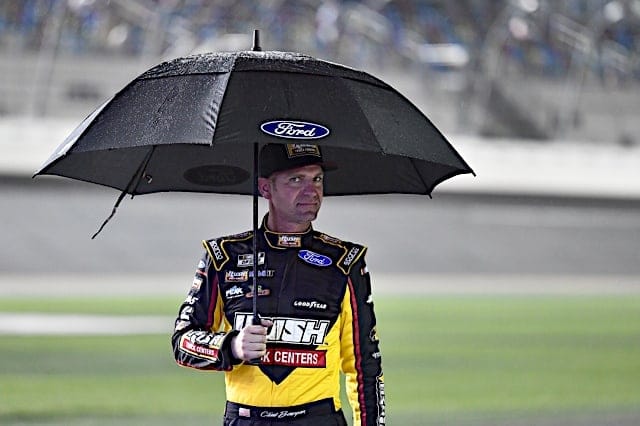 Hope springs eternal at the start of every NASCAR season. Once the page turns to the month of May, it’s obvious which teams are in the hunt and which teams are pretending to be contenders for the current season.

This year, we have had nine different winners in the first 10 races, which shows that the NextGen car and rule package’s goal of parity might have been reached. That new season smell might be gone as we enter May, but we might still be searching for who will be the dominant team for this season.

When Fox Sports hired Clint Bowyer as its newest addition to the broadcast booth, I wasn’t sure what to expect. Bowyer is a funny guy, but he also has this extreme passion for auto racing that I wasn’t sure would translate well to television, especially when sharing the booth with Jeff Gordon.

Fox Sports didn’t disappoint and played up the Bowyer vs. Gordon rivalry nonstop. But a funny thing happened along the way of this great experiment: the best color announcer since Benny Parsons has been born!

Benny was the best ever and just made you smile and love NASCAR more every time he spoke. He was also the same in person as he was on your television — simply the nicest person you could meet in the sport. One day, when I happened to bump into him at the track and told him I missed his “Benny’s Buffet,” segment, he quickly took me around the garage area to show me the best teams to get lunch from during a race weekend.

Bowyer is a natural at this who has made even some of the lackluster races more fun this year. Bowyer is also one of those great guys who is the same in person as he is on your television. We could all learn from him how to love life because this guy is an expert at that too.

If Clint Bowyer’s life story going from a dirt track racer in Kansas to NASCAR star to great announcer isn’t inspiring enough there is another Berry good story going on in the Xfinity Series this year.

Over the years, I have discovered that some of the best short track racers in the United States and Canada do not race in NASCAR. They race at many of North America’s short tracks. Guys like Derek Thorn, Bubba Pollard and Brian Campbell are great drivers that continue to display their amazing talents on the short tracks. They are this generation’s answer to guys like Junior Hanley, Don Biederman and Gary St. Amant who made a living out of being the best on the short tracks back in the day.

Josh Berry is one of those short track heroes that got a chance to show what he can do on a bigger stage. His win at Martinsville Speedway was for all the short-track heroes that didn’t have the money to get to NASCAR full time. That’s a Berry good story indeed!

Some race fans have the NASCAR gene and some have the racing gene.

For those of us with the racing gene, can you explain to me why the NTT IndyCar Series and NASCAR can’t seem to get along with their television times?

One of the greatest television viewing days of the week is the Sunday of Memorial Day weekend. Start the day with Formula 1 from Monaco for breakfast, then get ready for the Greatest Spectacle in Racing — the Indianapolis 500 — with lunch and then finish off the day with the Coca-Cola 600 at Charlotte Motor Speedway for dinner and dessert.

Too often we see NASCAR and IndyCar split the viewers instead of playing nice with each other. I don’t expect NHRA and IMSA and other racing series that might televise an event to play nice with the big boys, but I do expect the two big boys to play nice together!

I know they are just airing races in the windows the television networks want them to be broadcasting in, but the networks should realize they are hurting themselves, their ratings and doing a disservice to their advertisers too. Can’t we all just get along and stop fighting for television and punish us race fans as a result?

Once NASCAR instituted the 16-driver playoff system, I have had a dream of more than 16 drivers winning races during the regular season.

The three biggest race winners last year have not found victory lane yet this season, so that is certain to get us to 12 different winners. The tagline for the Fox Sports promotions this year has been calling this the “best season ever.” Perhaps it is the most competitive ever. Sixteen different winners in the regular season is a dream that stays alive!

Woah. Our opinions on Bowyer couldn’t be more different. I think in many cases, he is too over the top and I think he’s trying too hard to be THE color commentator. It is not even May and I am getting a bit tired of having to listen to Clint laying it on thick and then Jeff snickering away at whatever hokey thing he says. I used to think DW could get a little hard to listen to but Clint is right there with him. If he mellowed out a bit- it wouldn’t be that bad.

I hate playoff racing. The champion should be for the FULL season, not a one race shootout. But, as always, another interesting Frontstretch read. Thank you.

Enough of the buffoonery. Also Joy needs to go. Gordon thinks he is a star, again.

1) The best thing to happen to Nascar broadcasting is Dale Earnhardt Jr… HE is the closest thing to Benny Parsons walking the earth today. A humble, giving, knowledgeable, joyful genuine Good Guy™️!!

2) Clint Bowyer isn’t amusing to me at all. I lower the volume whenever he comes on.
Clint is annoying and silly.
Silly is not funny.

Everybody has their opinion. I think what NASCAR and the networks are doing is great! Keep up the good work.

Except getting involved in politics,racism nonsense,and this diversity bullcrap they’re shoving down our throats. Only reason these so called new fans are even interested. While forgetting all us genuine race fans whom has made NASCAR as popular as it is. Enough already.

Since Clint joined the Broadcast booth last year just commentating XFINITY, we started watching that racing series regularly because he is a trip to listen to and can make the most dull race exciting. Even though he only does Cup series we still watch the Xfinity series. Clint has spark new life into Jeff Gordon who was way to serious till now. Jeff is now more light hearted now and has realized he doesn’t have to be so serious all of time. Bring Clint in broadcast booth is one of the best decisions Fox has ever made! We will miss him when NBC takes over the rest of the reason!

I am happier with the current set up than I have been for years. No Waltrips.

I think Clint is the best thing since sliced bread. Liked him on the track. Like him better in the booth!

Bill B
Reply to  Sue

Bowyer is the best since Benny Parsons. He has made Jeff and Mike Joy lighten up. Even when some of the races are boring Bowyer takes over and all of a sudden I’m laughing like hell. I love his wide open attitude and it’s fun to watch Mike Joy just go oh well have at it Clint.

Dale Jr. is the greatest on NBC!

At least I understand what they are talking about. On NBC I don’t understand the heavy southern accent from few announcers
Jr getting better but still heavy.