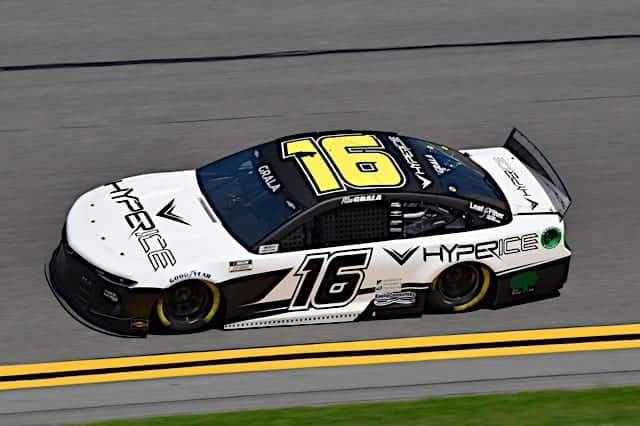 The team has made four starts in the premier division of stock-car racing, debuting for its lone 2020 start with Justin Haley. In three starts this season, the team has earned two top-10 finishes, one apiece for AJ Allmendinger (Daytona International Speedway road course) and Kaz Grala (Talladega Superspeedway).

“We just bought another race shop there in Welcome, North Carolina for the Cup, so we’re in the process of re-doing the inside of that,” Kaulig told SiriusXM.

“We’re going full-time Cup racing next year. We’ll have at least one car, let’s put it that way. That’s definitely a done deal, so we’re super excited about that.”

Kaulig Racing has become a staple of the NASCAR Xfinity Series since launching as a single-car operation in 2016 with driver Blake Koch. The program has grown to a three-car team with Haley, Allmendinger and Jeb Burton vying for the series championship.

Allmendinger claimed the team’s first victory at the Charlotte Motor Speedway ROVAL in 2019, the first of nine total Xfinity wins for Kaulig Racing.

The team has a technical alliance with Richard Childress Racing, with its shop based on RCR’s campus in Welcome, North Carolina.

Kaulig added that his team planned to run in “up to 10) Cup events last season, but the COVID-19 pandemic halted its efforts after competing in the 2020 Daytona 500.

“Because of COVID and the fact that we weren’t able to, there was no qualifying, we weren’t able to even get a car into the field,” Kaulig said. “That put plans maybe on the back burner of no doing of our own.”

However, the team’s goals were resurrected in the offseason when more sponsors joined the Cup program.

“I don’t know if we had an ‘aha’ moment except maybe in the offseason where we said ‘hey, we’re putting some sponsorship together, talking to guys like Kaz, seeing if AJ could run some road courses, and then build our program from there,'” Kaulig said. “We’ve got our crew chief and we hired a few other people to work on the cars.

“It’s been good, it’s been a good program. We’re super happy, we’re very happy with our performance so far. To be sitting three races in and have two top 10s for our organization is spectacular.

Kaulig noted the team would attempt as many as 11 Cup races in 2021 before jumping into full-time action in 2022.

“We’ll run some road courses. AJ will be in the car, Kaz will be in the car for us a few more times,” Kaulig said of the 2021 plans. “We’re just getting that program rolling. Super fun, super exciting and we’ll see what it brings next year.”

Hmmm, no mention of a charter.