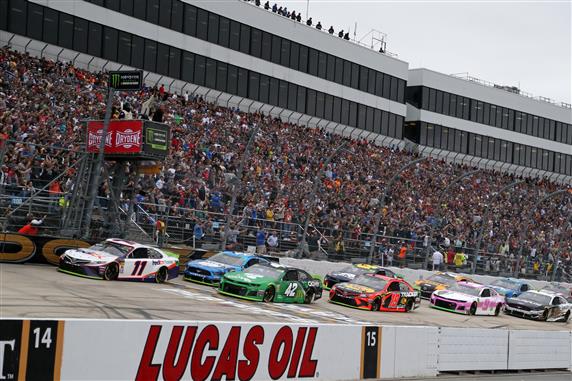 “We’re happy to report that officials in Delaware have given us approval to host up to 20,000 fans at our NASCAR weekend at Dover International Speedway in May,” Company President and CEO Denis McGlynn stated in the release. “We are happy to be on a path back to normalcy with actual fans in the stands for both tripleheader weekends.”

Did they even have that many before the pandemic?

LOL Bill B – not in the past 10 years! The races at Dover had become such a snooze fest AND so poorly attended that I could stretch out on the bench seats and take a nap thru the middle of the race without touching anyone.

We used to be able to park at the Dover Mall but the last time we went, they wouldn’t allow it and pushed all the parking over to the fields with limited ways to get out. I mentioned that the races are also boring? We left early in order to not be stuck for hours attempting to get out of the parking lot.

Bill B
Reply to  wildcatsfan2016

Hey, I know exactly what you mean. I went to every spring Dover race from 1997 to 2016. We used to pay $30+ when it used to sell out to park at Dover Pools to avoid the mess that is the official parking lot. The traffic jams during those peak years were legendary.
The races at Dover were always hit or miss with respect to excitement. Most times there would be long green flag runs with less than 10 guys on the lead lap, but once in a while you’d get a really good race.