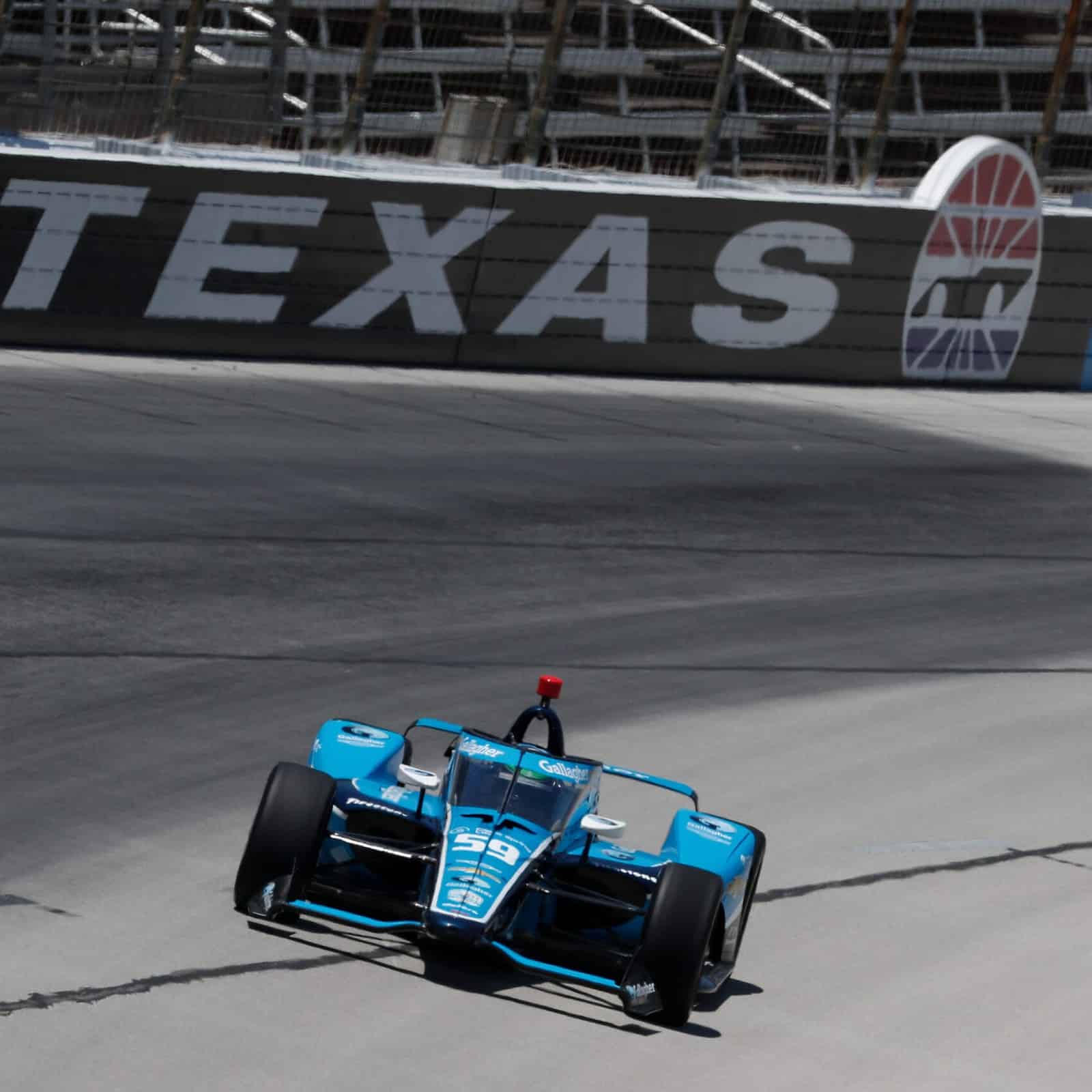 The NTT IndyCar Series can trace its roots to the early 1900s, when the American Automobile Association first started sanctioning events in 1902 and held the first American open-wheel racing season in 1905. Back then, the schedule consisted solely of dirt-track ovals, some of which were actually horse racing facilities. Paved oval tracks eventually joined the calendar, and road courses were added in the 1960s before dirt tracks were phased out in 1970. Although the current NTT IndyCar Series schedule consists mainly of road courses and street tracks, oval racing has stuck around, providing a link to the series’ predecessors and differentiating it from other open-wheel single-seater categories.

This year, IndyCar will visit three ovals for a total of four races. First up is a doubleheader this weekend at Fort Worth’s Texas Motor Speedway; the Indianapolis 500 will be run in May as usual and in August the series will visit World Wide Technology Raceway at Gateway in Illinois. While most drivers learn to adapt to IndyCar’s diverse collection of tracks, some compete part-time, either skipping or exclusively running ovals, meaning that this weekend’s doubleheader in Texas brings a slew of driver changes.

Although IndyCar’s three experienced rookies have been at the center of attention this year, just one of them, Scott McLaughlin, has elected to race the entire season, with Jimmie Johnson skipping ovals entirely in 2021 and Romain Grosjean still looking into racing at Gateway. At Chip Ganassi Racing, veteran Tony Kanaan takes over for Johnson in the No. 48 Honda. Kanaan is one of the most accomplished drivers on the grid — his first season in CART was way back in 1998, and over the next 23 years he racked up 17 wins and 78 podiums. Kanaan won the championship in 2004, placed second in 2005, and finished third in 2007 and 2008. He stopped racing full-time in 2020, having not reached higher than sixth in the championship since 2011.

In a part-time season last year, Kanaan managed two top 10s, one of which came at Texas Motor Speedway, where he has shown pace in the past. Between 2013 and 2017, Kanaan secured four podiums at TMS, and his last podium came in 2019 at World Wide Technology Raceway, formerly known as Gateway. Considering how much more open-wheel experience he has versus Johnson, Kanaan’s four oval events in 2021 could be the highest finishes for the No. 48 car this season.

At Dale Coyne Racing, Romain Grosjean hands over his No. 51 Honda to Pietro Fittipaldi for the oval tracks, although Grosjean has said that the idea of oval racing intrigues him and that he might show up at Gateway in August. This isn’t the first time Fittipaldi has replaced Grosjean in the past year; when the Frenchman was injured at the 2020 Bahrain Grand Prix, Fittipaldi drove his Haas VF-20 for the final two races of the Formula 1 season. While Fittipaldi finished last on track at both grands prix, he drove solidly considering the team’s dismal pace and his inexperience in F1, bringing the car home in one piece both times.

Fittipaldi also has limited experience in IndyCar—back in 2018, he appeared in six races for Dale Coyne, with a highest result of ninth at the Grand Prix of Portland. Although he has never raced at Texas, Fittipaldi, the grandson of two-time F1 and one-time IndyCar champ Emerson Fittipaldi, has shown himself to be an incredibly adaptable racer. Fittipaldi’s first season in cars was in NASCAR’s Whelen All-American Series, before he shifted away from stock cars to compete in the F1 junior ladder.

Fittipaldi has piloted an array of open-wheel rockets, including a race in Super Formula in Japan, and also drove a season in Germany’s DTM touring car series. Fittipaldi even finished seventh earlier this year in an LMP2 car at the European Le Mans Series’ 4 Hours of Barcelona. Despite his hiatus from IndyCar, Fittipaldi’s ability to drive just about anything means he could spring a few surprises this season on IndyCar’s ovals.

At Ed Carpenter Racing, the eponymous 40-year-old team owner takes over the No. 20 Chevrolet from Conor Daly for 2021’s four oval events. Carpenter is an oval racing specialist — since 2014, he has competed only at ovals, earning 15 top 10s in 40 attempts, a rate of 38%. Those results include second place at the 2018 Indy 500, another second at the 2019 Bommarito Automotive Group 500, and third at the 2014 MAVTV 500 in Fontana. He has also had some success at TMS since focusing solely on ovals, winning the 2014 Firestone 600K and placing fifth in last year’s Genesys 300.

Prior to becoming a dedicated oval racer, Carpenter had been a full-time IndyCar driver since 2004 (except in 2010 and 2011). As a full-time driver he collected two wins and three second-places, all on ovals. Despite his age, Carpenter has shown flashes of speed in his limited appearances over recent years, and he will hope to bounce back from a disappointing conclusion to 2020 — after his strong result in Texas, Carpenter failed to finish higher than 15th in the subsequent five races.

With Conor Daly booted from Ed Carpenter Racing’s No. 20 for ovals, the Indiana-native switches to Carlin, taking the wheel of Max Chilton’s No. 59 Chevrolet for all ovals except the Indy 500, where Daly will pilot a third entry at ECR. Chilton, who joined IndyCar after two years with Marussia at the back of the F1 grid, initially ran full-time but, starting in 2019, has only raced road and street courses and the Indy 500.

Daly drove Chilton’s car for ovals in 2019 and 2020, and last year his four top 10s all came on ovals, with a highest finish of sixth at Texas. As a teenager, Daly had competed in European feeder series but stalled out in GP2. Strong results in IndyCar’s junior categories earned him sporadic IndyCar appearances in 2013 and 2015 before he got full-time drives with Dale Coyne Racing and A.J. Foyt Racing in 2016 and 2017, respectively. Although his first podium came at Detroit in 2016, it remains his only top three, and a pair of 18th-place championship finishes meant he lost his full-time ride in 2018. Last year marked Daly’s return to full-time racing, albeit split between two teams like he is this year. Daly could be on for some more top 10s but dividing his time between Carlin and ECR could make it difficult for Daly to build momentum over the course of a season.

The Genesys 300 kicks off this weekend’s doubleheader on Saturday, May 1 at 7 p.m. ET on NBCSN.