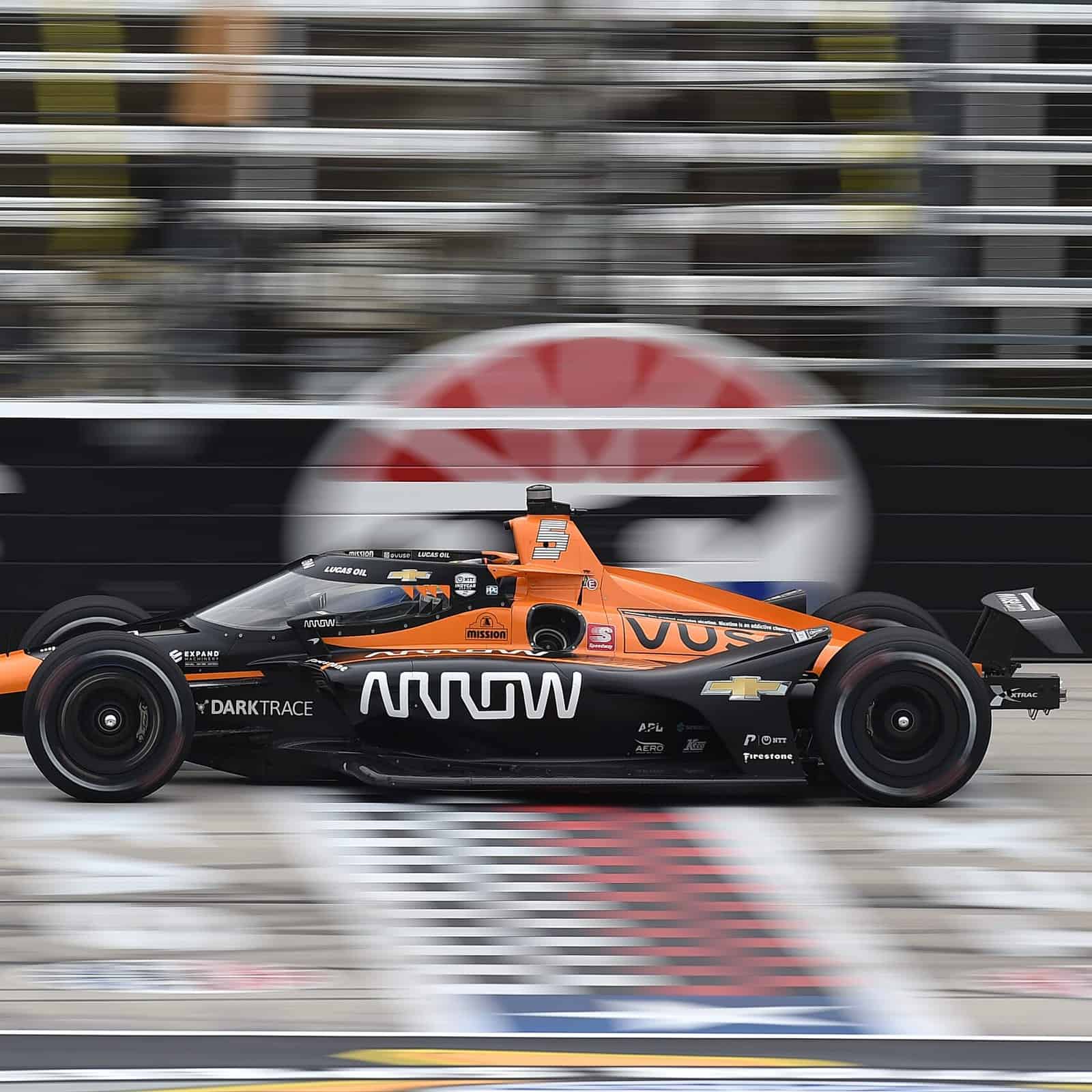 Running in 13th during Saturday’s Genesys 300 at Texas Motor Speedway wasn’t good enough for Taylor Kiel. The race strategist for Pato O’Ward’s No. 5 Arrow McLaren SP Chevrolet called in the Mexican racer to pit on lap 110.

O’Ward’s task was simple. If he was going to gain ground in the third race of the 2021 NTT IndyCar Series, he had to put in a series of very quick laps on new tires while everybody else around him was on older tires that were still falling off.

Seven laps went by before anybody in front of O’Ward pitted. After the pit sequence finished on lap 129, the 2018 Indy Lights champion was in fifth place.

“We were kind of stuck in the first stint,” O’Ward said after the race. “It was really, really difficult to pass. Like Scott (McLaughlin) said, my guys made a really good strategy call and we made up a lot of track position midway through the race before the last stint. They were great in the pits, especially in the last pit stop that we could get that last position to get to the podium.

“From there, we kind of nursed it home. We were having some brake temp issues at the end so I didn’t really want to make anything too risky to throw it away. I’m happy. We did a good step forward from where we ended last weekend. We’re looking forward to tomorrow. We should have a better starting position as well, so that should make our lives a lot easier.”

O’Ward’s use of short pitting came with its own set of risks. Had a yellow come out during that sequence, O’Ward very well could have been trapped a lap down, especially after being scored last of all cars running from laps 111-114.

When James Hinchcliffe hit the turn 2 wall on lap 160, O’Ward was still in fifth place, staying there in part because of the difficult nature of passing at Texas. Even though O’Ward’s competitors had fresher tires later in the stint, the difficult passing nature of Texas Motor Speedway meant that the 2020 Indianapolis 500 Rookie of the Year was able to maintain his position.

During the yellow flag for Hinchcliffe’s accident, O’Ward pitted with the rest of the cars on the lead lap and a fast pit stop by his crew enabled O’Ward to jump from fifth to third place, where he remained for the rest of the race.

For O’Ward, Texas Motor Speedway has become his de facto home race after Circuit of the Americas’ removal from the IndyCar calendar. Getting his first 2021 IndyCar podium at Texas was only appropriate.

“There was a lot of Pato sombreros and T-shirts. It was really cool to see,” O’Ward said. “It’s great for us that we got the podium, but also to be able to celebrate with them here. But tomorrow we want to go two spots better. I feel like we can do that. But tomorrow it’s going to be a longer race. We need to keep our heads on top of it. We make the race car a little bit better, maybe we can put up the fight to these other guys.”