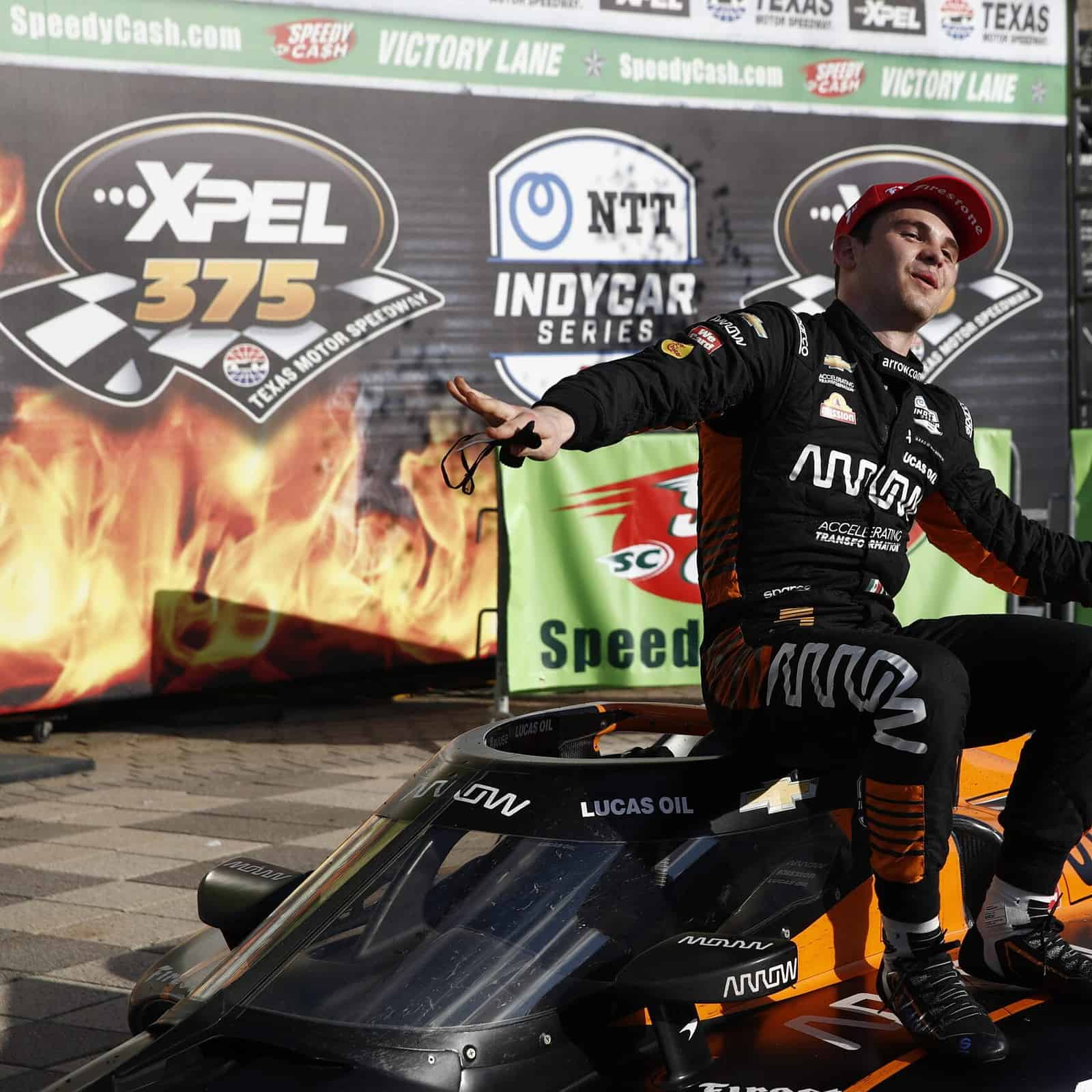 But Sunday’s (May 2) victory wasn’t just about the journey since becoming a full-time NTT IndyCar Series driver in 2020 for Arrow McLaren SP. It goes back way further than that.

O’Ward raced in the Indy Pro 2000 championship for Team Pelfrey in 2015 and 2016. In 2016, the young Mexican started the season with only a guarantee of racing in the first two race weekends of the season. O’Ward ended up winning three of the four races in that time.

However, the second half of the season went south for O’Ward, losing out on the $601,700 check that went to his teammate Aaron Telitz and instead having to settle for $25,000.

After spending a year racing in IMSA’s Prototype Challenge class and winning that title, O’Ward came back to win the Indy Lights title in 2018. However, not all was well for O’Ward. After signing with the newly formed Harding-Steinbrenner Racing for 2019, O’Ward was released from his contract just weeks before the season started.

Trevor Carlin’s team threw out a lifeline, announcing at the season opener in St. Petersburg that O’Ward was to run a partial schedule that year for the team. However, the Red Bull Junior Team signed O’Ward in May and put him into a couple of Formula 2 races and some Super Formula races in Japan before coming back to America in 2020.

O’Ward nearly won at the second Road America race in July but a charging Felix Rosenqvist put those victory dreams on ice. After several more close calls with the top step of the podium, O’Ward was upbeat ahead of the first race of the 2021 IndyCar season.

“I think [2020] left us really hungry, and not just me, but it left the whole team hungry,” O’Ward said back at Birmingham. “We’ve been pushing so hard in the offseason and these guys deserve wins. These guys deserve guys that are going to put their car up there and challenge for the championship, and I want to do it for myself. I’m not here to be second or third or fourth. I want to win. I’m tired of watching all these other guys win races so we’re going to be giving it hell for sure.”

And give it hell O’Ward did. Whether it was brave outside passes on Graham Rahal and Josef Newgarden on the lap 128 restart or it was trying to get by Will Power earlier, O’Ward wasn’t going to let anybody stop him.

LOOK AT HIS HANDS!

After several close calls, O’Ward managed to get around the Team Penske driver during the race and then managed to get by Newgarden on lap 225 and never looked back, winning by 1.2 seconds.

“It feels well earned,” O’Ward said. “It’s a race win that no one can take away from us by saying, ‘You won it because you were lucky.’ I truly feel like we earned it based on pace, pit stops and the job that I did on track. Without the overtakes that we did, we probably wouldn’t have had a chance.

O’Ward’s battle with Newgarden was in the making for a while. The 2017 and 2019 IndyCar champion was in the lead after passing Takuma Sato a few laps after a restart and was looking to score Team Penske’s first IndyCar win of the season, but O’Ward denied the Tennessee native that opportunity.

“[Josef]’s someone I can really trust when I’m racing,” O’Ward said after the race. “Around this place, you’re going 210-, 220-plus miles an hour, you need someone that can race you hard but clean. Josef is someone that has always raced me very, very clean. It’s someone that I highly respect a lot. Honestly, it was really cool to have the battle of the win with him.”

O’Ward turns 22 years old this week and has a bright future ahead of him, whether he stays in America or goes to Formula One.