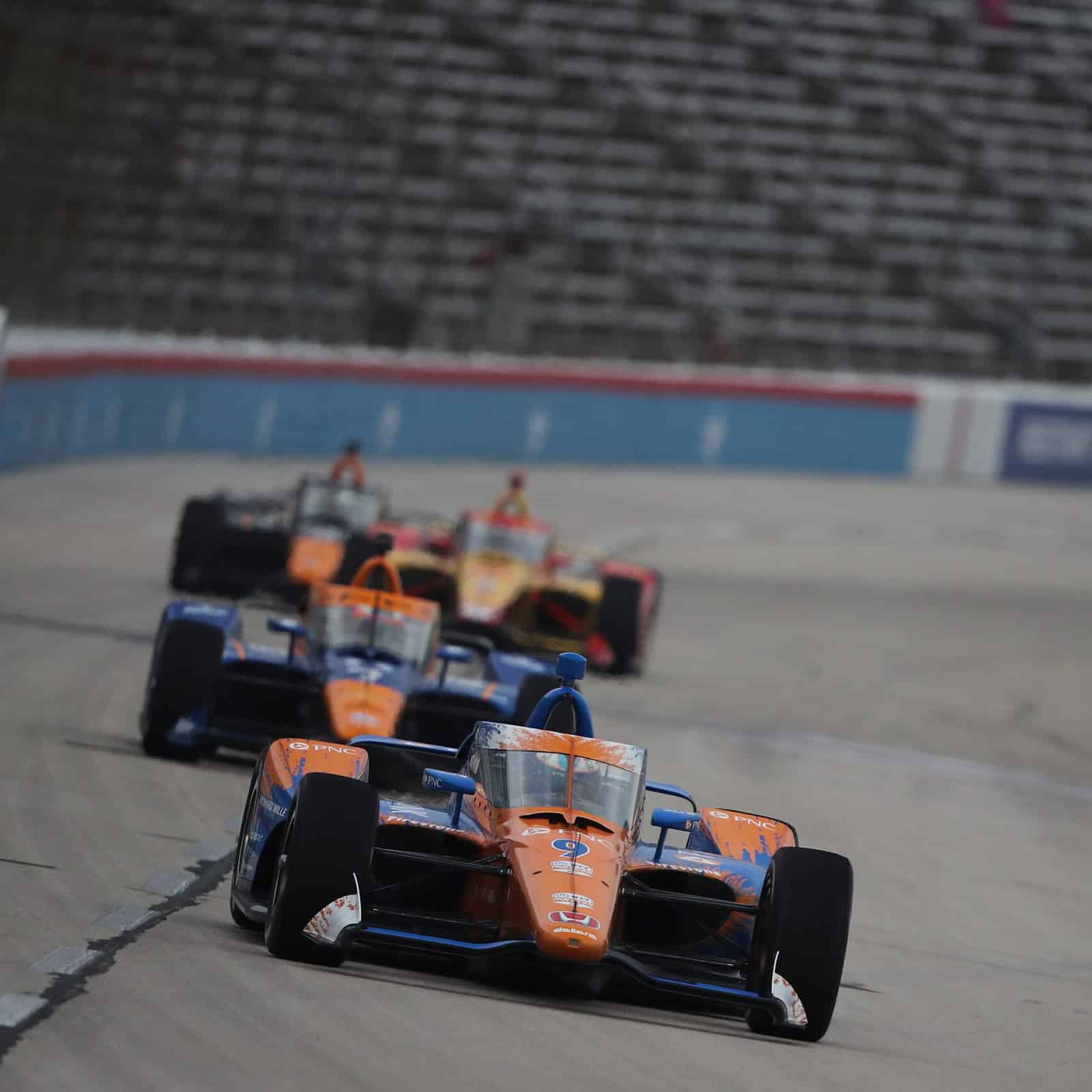 Pato O’Ward’s glass ceiling has finally shattered. After uncertainty climbing the motorsports ladder in North America, the young Mexican racer finally made it to victory lane as an NTT IndyCar Series racer after winning Sunday’s XPEL 375 at Texas Motor Speedway.

O’Ward’s journey to winning on Sunday involved quick hands, massive cojones and faith in his crew to get the strategy calls right.

The 2018 Indy Lights champion’s win was another sign of IndyCar’s changing of the guard, as the three youngest drivers have all scored race wins this year out of the first four races. The other winner? 40-year-old Scott Dixon.

As much fun as it was seeing O’Ward win, it was just as puzzling seeing Arrow McLaren SP’s team car with Felix Rosenqvist struggle. The Swede’s right rear tire fell off the car during Sunday’s race, causing him to pit for a new one and also having to deal with a drive through penalty.

In Saturday’s (May 1) race, Rosenqvist was in the top five as he pitted for the final time, but he had to avoid Marcus Ericsson’s three-wheeled car, going into the grass and losing 10 positions.

Dixon wins at Texas. The sun rises in the east.

The No. 9 Chip Ganassi Racing Honda pulled into victory lane Saturday for Dixon’s 51st triumph, putting the New Zealander just one win behind Mario Andretti on the all-time win list.

Leading 206 of 212 laps is pure domination, but what might’ve slipped under the radar slightly was that Alex Palou was not letting his teammate get away from him.

Palou’s finishes on ovals in 2020 were 23rd, 11th, 14th, 28th, 15th and 12th. The No. 10 Chip Ganassi Racing Honda finished fourth on Saturday and seventh on Sunday, helping Palou retain third place in the championship.

By following Dixon around the track, Palou was earning a world-class education in how to drive on an oval. After all, 24 of Dixon’s wins have come on ovals, five of them being at Texas.

While Palou was shadowing Dixon, fellow full-time teammate Ericsson had a weekend not worth remembering. The Swede’s car had a wheel fall off after the last pit stop and an off-strategy call ended with the No. 8 Chip Ganassi Racing Honda finishing 12th.

One driver who had a semi-quietly good weekend was Graham Rahal. After finishing fifth in Saturday’s Genesys 300, Rahal managed to lead 13 laps on Sunday before finishing third behind O’Ward and Josef Newgarden.

Rahal and Texas have a star-crossed history. In 2012, Rahal lost the race after brushing the wall in the final few laps, allowing Justin Wilson to win for Dale Coyne Racing. In 2016, the Ohio native won the delayed race after a spirited charge to the finish against James Hinchcliffe, Simon Pagenaud and Tony Kanaan.

Rahal’s weekend moved him to fifth place in points, 46 behind Dixon.

Jack Harvey’s luck was bound to change, and change it did at Texas.

After running so well in the first part of the 2021 IndyCar season, Harvey was fifth in points after finishing seventh on Saturday. The Bassingham, England native was running in fourth place on Sunday when fire started coming out of the right rear of the No. 60 Meyer Shank Racing Honda.

Although the team has not specified what the failure was, a teammate of Harvey’s, Colton Herta, had a similar issue on Saturday when his right rear brakes failed on the car.

For what it’s worth, Harvey is still 10th in points, just 17 points away from fifth place in the standings.

Alexander Rossi is still suffering from a massive hangover from his 2020 season.

In four races this year, the 2016 Indianapolis 500 winner has eighth- and ninth-place finishes paired up with a 21st-place effort in St. Petersburg thanks to a cut tire and a 20th in Sunday’s race at Texas.

It’s difficult to pinpoint what’s going on with the Californian. Rossi challenged for the IndyCar championship in 2018 and 2019 and had five podiums in 2020, but could not find a way to win.

Next up is the INDYCAR Grand Prix at the Indianapolis Motor Speedway road course. Rossi’s last two INDYCAR Grands Prix have been lackluster, finishing 22nd and 25th. However, the No. 27 Andretti Autosport Honda did finish second and third at the Harvest Grand Prix last fall on the same course, so Rossi might finally have some luck this go-around.