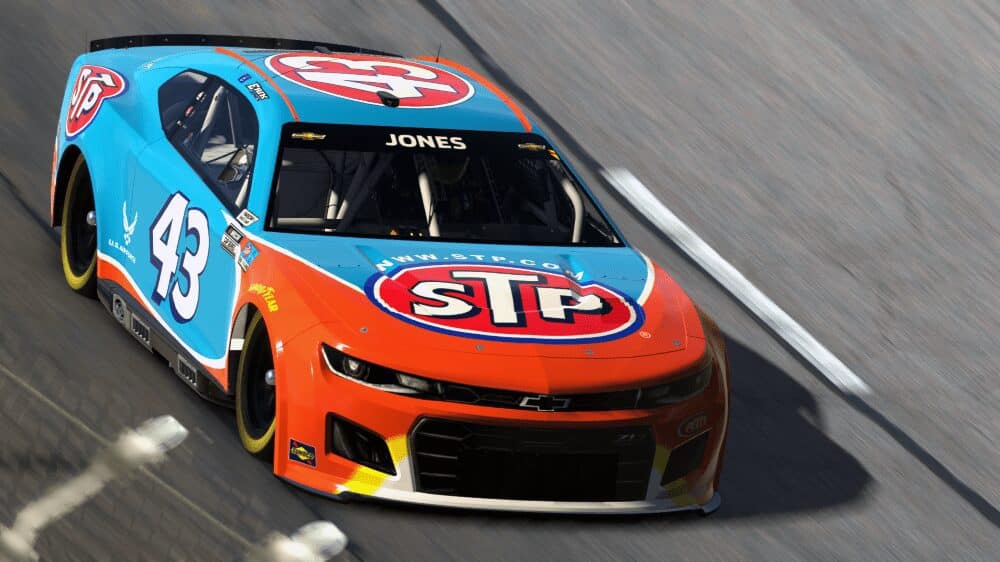 In one of the most anticipated sim racing events this year, Erik Jones came home with the victory in the eNASCAR Pro Invitational iRacing Series on Wednesday night (May 5), held on a virtual Darlington Raceway.

“We were 11th on that second to last restart then they all crashed and we got up there,” Jones told FS1. “Hopefully this is a good omen and we can get this STP Chevy in victory lane this weekend.”

The virtual race was unlike previous editions, as the new Next Gen cars were featured for the very first time after the unveil of the future car earlier in the afternoon.

It was easy to tell some of the differences between the current Gen 6 and the new car. The five-speed sequential shift was the first thing noticeable for many, versus what we have now with the H-pattern four gear system NASCAR has had for a long time. Obviously, the cars themselves look smaller and lighter with less downforce to them based on what we saw as well. As for speed? Hard to tell and we will find out more once the horsepower is announced in the coming week or months.

Dale Earnhardt Jr. started off the night right after winning the pole. This comes on the day after his announcement of running the NASCAR Xfinity race in September at Richmond. He led for a good portion of the laps early on, as he held off a challenge from William Byron.

The race started off the way some could have expected with a brand new car, and that was with a massive wreck in turn one of lap one. It is easier to say more than half the field was involved than to list who was actually involved because quite frankly, it looked like the entire field wrecked.

Everyone could tell early on in the event that downforce has been limited as Steve O’Donnell mentioned in the Next Gen reveal earlier today. Even though it is only iRacing, it looked like a struggle for many to get a handle on.

Several wrecks ensued during the first half of the race, even though none would bring out the caution until lap 55 when Alex Bowman smacked the wall and spun around all by himself. Drivers were learning the car more and more as the race progressed from what it appeared, and racing became more clean.

Byron took over the race lead around lap 50 and proved to be dominant on iRacing once again. Timmy Hill was his closest competitor the rest of the race, but he could not get the best of Byron, at least until the caution near halfway. Hill took over the lead in the following restart and tried to pull away from Byron but was unsuccessful.

Byron took over the race lead with 35 laps to go in an intense battle with Hill. A caution with 12 to go involving Joey Logano and Austin Dillon changed everything though.

Hill stayed out while Byron pit and restarted in the fourth position. The second big one took place up front when Chase Briscoe got loose and the entire field piled in behind the leader, Hill.

The final restart came with three laps to go, and chaos ensued. Anthony Alfredo took over the lead from Hill with two laps to go but Jones made a three-wide move into turn one with two to go, and made it work. Jones never looked back and took the famous No. 43 to victory lane.

The next eNASCAR Pro Invitational iRacing Series event will be at the Circuit of the Americas in two weeks (May 19) with coverage beginning at 7 p.m. ET on Fox Sports 1.