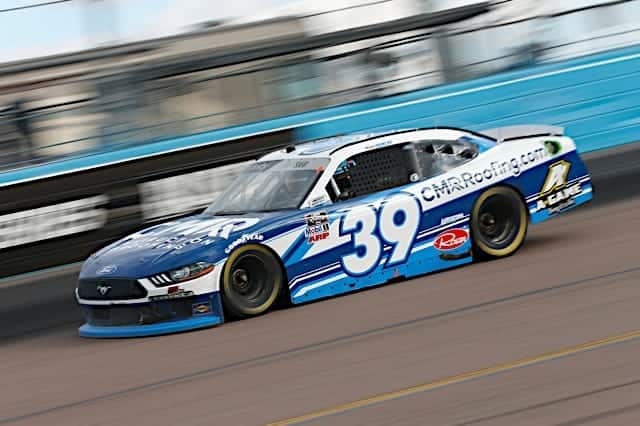 Eight races into the NASCAR Xfinity Series season, the sense of urgency is already ramped up.

How tense is it getting? Ryan Sieg, coming off of a top-10 points finish last season, has already made a crew chief change.

After a contentious start to the season, Sieg is 17th in the standings with an average finish of 22nd, clearly below what’s expected for the Tucker, Ga., driver. And when Shane Wilson became available recently, the call was made to tap him to assume the role of crew chief, with Kevin “Cowboy” Starland focusing on preparing racecars at the shop during the week.

We are pleased to welcome back Shane Wilson as the crew chief of the #39. Shane was with us in 2019 and did a fantastic job. Kevin Cowboy Starland will be back at the shop helping prepare the cars each week. Looking forward to getting back racing this Saturday Darlington. pic.twitter.com/zAy1FT2CiN

One reason for teams to be anxious this early is a direct result of parity. As exciting as seeing a mixture of drivers win on a regular basis may be for fans and track promoters, it’s tough on teams and crew chiefs with aspirations of making the playoffs. In eight events, six have been won by full-time drivers, with the only repeat winner being Austin Cindric. The other two were won by Ty Gibbs and Josh Berry, neither of whom has their eye on the playoffs.

That means five playoff spots have been filled, with seven left. At this rate, there may be no room at the inn for drivers looking to get into the Xfinity playoffs on points alone.

Given the number of strong teams that have yet to win a race, it’s hard to blame anyone for pulling a trigger early to make a change. Of the current top-five drivers in the points standings, three have yet to win a race — Justin Haley, Harrison Burton and Daniel Hemric. While Hemric has yet to find victory lane, Haley and Burton combined to win seven races during the 2020 season.

The difference in those drivers’ situations compared to Sieg is that they have run near the front and had chances to win races.

Sieg, a driver who has time and again flirted with breaking through for his first win in the series, has not done that as well, so his team has since shuffled things up to stop the bleeding. While Sieg’s team has already adjusted on the fly, others are standing pat, for now.

Drivers such as Jeremy Clements being eighth as the series heads to Darlington Raceway certainly causes a bit of heartburn for drivers such as Riley Herbst and Michael Annett, 13th and 14th in the points as of now. Remember, these are two drivers with top-of-the-line equipment. There’s an expectation to run well and contend for championships at JR Motorsports. The same holds true given the fact that Herbst is driving a Stewart-Haas Racing entry that was one of the series most dominant cars a season ago. The team is anticipated to be a factor in these cases. And the more playoff window closes for drivers like this, the motivation to shake things up could be a good bit stronger than what you would usually see.

Here’s the bottom line. Parity is great for the on-track product but bad for job security. That’s probably not fair, but racing at this level is a most recent results-based business.

If you became a fan of racing in the late 1990s, for example, your perception of Darrell Waltrip may have been a veteran driver that rode around mid-pack, at best, especially if you recall the Tabasco Fiasco. But if you were around racing in the early 1980s, you have a totally different view of Waltrip.

The same holds true in the Xfinity Series. Making the playoffs in recent years will get you a proverbial cup of coffee, but that’s about it. Sieg’s team making the change is a reflection of how important the now is.

With playoff berths being taken up at such as high rate, desperation is likely to kick in from the driver’s standpoint.

And when you have drivers like Burton, Noah Gragson and Brandon Jones, all of whom have won and have not done so through the early part of the season, it makes the series all the more worth watching.

And fans have an evenly matched field to thank for that.