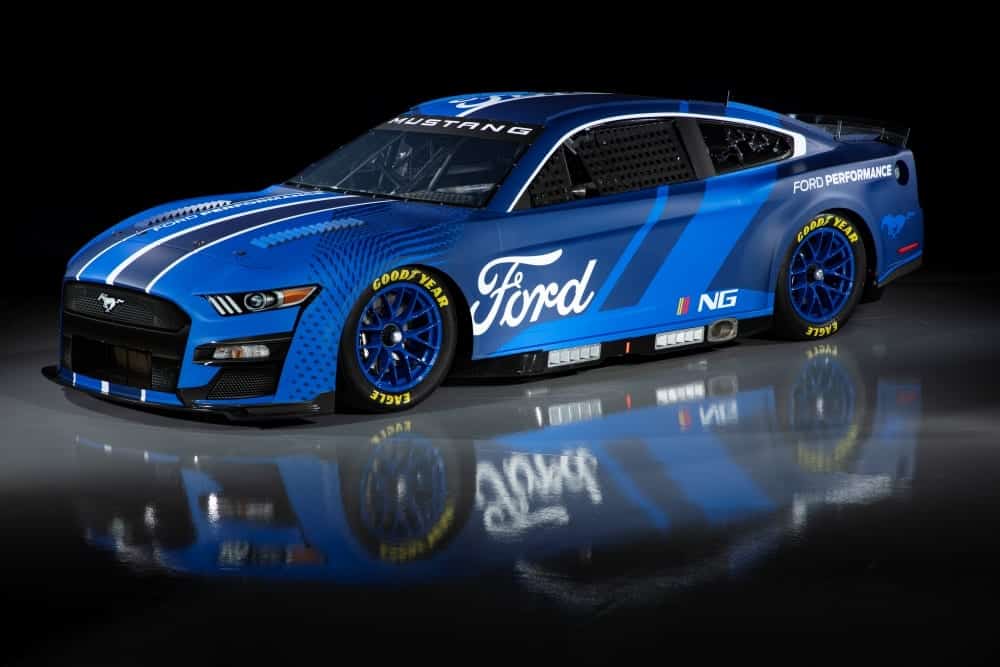 Will the SRX Format be successful?

Superstar Racing Experience released its race and points format on Thursday, and the results are a bit questionable.

Timed races seem like not a great idea, judging by how they were received in the NASCAR Camping World Truck Series a few years ago. At the same time, SRX also has only 12 drivers and only 15-minute races, meaning it’s probably not going to lead to viewers going away before coming back for the finish.

However, commercial time during these races will be key, as taking, say, a three-minute break after six minutes would definitely turn fans off from watching.

There will be only one inversion on the night. This makes sense, as two of the drivers will not be running for points and thus have zero incentive to do much except get comfortable with the car in the first heat. What doesn’t make sense is the points system.

When I think of a superstar, I think of a driver making big plays and winning races. I don’t think of a driver who stays extremely consistent en route to pointing their way to a championship. People give Matt Kenseth crap for doing just that, but Kenseth also won plenty of big races in his career to not be defined by that. As unpopular as the Chase format was and how controversial the current playoff format is in NASCAR, people forget that it was also fairly unpopular that a driver with just one win in 36 races was able to absolutely dominate the point standings in 2003. This points system gives second place just three less points than the overall winner and makes it very likely that the overall winner of a race will not have the most points at least a couple of times in this first season.

What I would have done was the top three finishers in the heats given points on a three-two-one scale, and then for the feature, the winner receiving 19 points, second 11 points and then the rest of the field in one-point increments until last receives a point. That way, the driver who wins the feature would always be the driver with the most points after the event. Points are better when points are scarce, not when they’re given out like candy at Halloween.

What about the Next Gen engine?

NASCAR finally released its Next Gen stock car on May 5, and as somebody who admittedly knows nothing as far as the technical aspect of racing, my only real take is that the car has a rather rotund rear end.

Innovative inside and out.

In all seriousness, it should not surprise anybody that NASCAR would end up basically being the chassis manager for every race team. This is an organization that once secretly fined Ryan Newman for a tweet; it has always wanted to control the message. It’s very slowly turning into an actual sport now with fairly equal playing fields, which is pretty nice.

At the event, it was mentioned that there will be a hybrid engine in the future. COVID-19 pushed the new engine plans back, as the upfront costs for teams will be pretty large to begin with on this new car. A new engine right now would be hard for all but the richest owners to be able to weather.

NASCAR has been clear recently that the engine would not be all-electric. This is a mistake on its end, and the simple reason why is because that will be the next step after the hybrid engine. Look at where the car industry is going now; we have an electric Mustang on the market, for starters. General Motors has gone all in on electric vehicles, announcing in a press release in November that it would have 30 EVs available by 2025 and are transitioning to an all-electric vehicle lineup.

Quite frankly, by the time NASCAR would be able to get its planned hybrid engine out, it would be too late for it to attract any new manufacturers, something it has been chasing in the decade since Dodge pulled out — the future of NASCAR and the car industry in general. And if Sunoco is in the way on this issue, it’s probably time for it to leave the picture.

Can Denny Hamlin finally win in 2021?

Darlington Raceway is such a special track. The egg-shaped oval creates a challenge for crew chiefs, as they have to find a balance in how the car is turning in both a larger set of turns and more of a medium-speed pair of corners.

Drivers will also have a challenge, and it could be quite hairy for the rookies in a weekend with no track time prior to the race. A good amount of these throwback paint schemes are going to end up being pretty torn up due to just how tight the racing is; this is a track designed for cars to go around 120 mph, and instead these cars are ripping around at 180 mph.

Denny Hamlin is the clear favorite this weekend, as he’s just so great statistically at there. Hamlin is also one of the best drivers in the series when it comes to tire management, a crucial skill on one of the most abusive surfaces in the sport.

Is this going to be a long month?

Track will not be repaved. It’s virtually brand new. I don’t see us grinding, because that damages the asphalt (breaks the seal/allows water in) & creates a shorter life span. Need to find technique or chemical that pulls traction compound out of pores of the asphalt. #Reality https://t.co/3eEYhtObtg

Well, gee, Not Humpy Wheeler™, that sure is a shame that you can’t fix the track you screwed up with after trying to turn it into Darlington and failing spectacularly at it. Maybe the NTT IndyCar Series race would have been better if the PJ1 or Tire Dragon or whatever it’s being called this week wasn’t being applied for the NASCAR race, during which it almost never actually makes a difference in due to it being too hot or too cold to generate grip.

But hey, none of this matters, because the only things fans care about is how much money the race winner gets, as evidenced by just how full Texas Motor Speedway has been in the last decade.

i’m trying to figure out how the cars could be electric. usually the distance on a charge is under 500 miles. i think the electric mustang suv is about 300 miles on a charge. will each pit box have a charging station?

part of the allure of racing, especially being there inperson was the smells and sounds that you don’t get from tv. electric powered race cars?? so instead of drivers whining we’ll hear cars whine around the track? i just can’t see it, but then na$car doesn’t care too much for fans who have been fans of the sport for more the 50 yrs.

For the viewing fans I dont think the Next Gen car will make a difference. To the teams it almost certainly will. Particularly the opportunity for cost reduction in the next several years. That said without a spending cap, some of the more affluent teams will likely continue to use that as an advantage.
As to range, as long as they are using a gas/electric hybrid range wont be an issue. But given current battery technology a full BEV will be limited by range. And how will Nascar and the manufacturers adapt to that. Should be interesting.
Really Nascar would, understandably, prefer younger fans to us old timers. May be willing to spend more money, and have more years ahead of them.

Should be interesting times ahead.

The Next-Gen car is symmetric, meaning no skewed rear-ends. This will make them harder to drive even as they are closer twins to our regular cars. It might not be perfect but the racing is going to be hardcore. We can’t help that people have attention spans of 30 minutes now because of cellphones and the Internet. Every motorsport writer seems to miss that fact. And it is a fact. When I can see what I want, when I want it and immediately, something is amiss. It isn’t our economy anymore (which is the highest it’s ever been). It is simply kids, with license laws based at 18, not caring. We have Uber and Lyft and those others that make cars obsolete. When I was in HS, having a cool car was pertinent; now it’s not so important. It’s all about “laughs” and humor now instead of watching a car go 500 miles and surviving.

You are not wrong, although I’d say your estimate of a 30 minute attention span is very generous… I’d say more like 30 seconds. But this is why NASCAR’s growth strategy was idiotic and obviously a complete failure. The only way they could have ensured the next generation would be as hooked on the sport as we are – regardless of all the tech distractions, was by making sure we made our way to the track every year with our kids. As soon as my son at age 8 heard and felt the roar of the field go by on the first hot lap he was hooked. TV just doesn’t do it justice.

They will never go full electric. I don’t think any race fan really wants to watch electric cars as the main attraction. You need the sound and smells of internal combustion engines in some form. We may all be driving electric cars to the track in 20 years, but even if they run full ethanol fuel or something, stock cars will still have combustion engines. I just wonder what will keep the OEMs in if they go full electric? It’s a conundrum NASCAR will have to deal with at some point.

I wonder. I suspect that the time will come when the manufacturers tell Nascar that want electric vehicles only on the track. When that happens then what? Will Nascar tell them to take a hike?
A long way of certainly. But it may come to that.

That’s when I’ll save my money and just head down to the golf course to watch electric car races for free.

Absolutely nobody wants to watch an electric racing series.