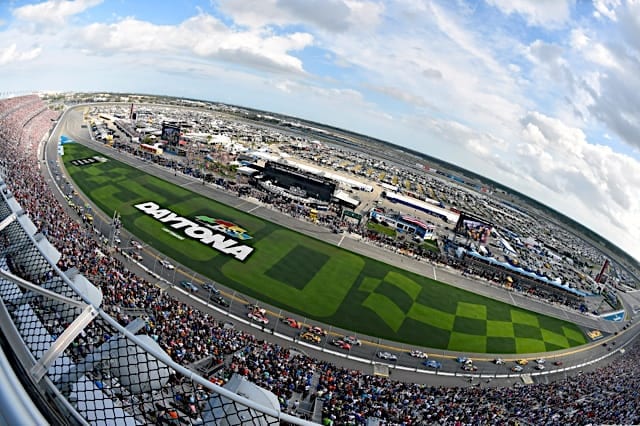 The grandstands will be full at three more tracks later this season.

Per three coordinated May 7 releases, Kansas Speedway and Daytona International Speedway will open their stands to full capacity for their NASCAR race weekends later this season. In addition, Darlington Raceway, which hosts NASCAR Cup, Xfinity and Truck series this weekend, will do the same for its second race dates in the fall.

The trio joins Atlanta Motor Speedway as facilities that have already announced a lift in COVID-19 attendance restrictions.

Daytona’s race weekend is scheduled for August 27-28. Both the Xfinity and Cup series contests will be run without spectator restrictions.

“The fans are the lifeblood of NASCAR and the reason we race week in and week out. Their presence at the track creates the aura and energy this sport thrives upon,” Daytona President Frank Kelleher said in a release. “Even with a limited capacity at the DAYTONA 500 the atmosphere was palpable, so we look forward to welcoming back all of our fans for what will be an electrifying environment filled with dramatic and unpredictable racing action.”

Darlington (Sept 5.) and Kansas (Oct. 24) are the first Cup playoff races that have announced a lift in restrictions.

“Fans have expressed their overwhelming desire to get back to the racetrack so we are thrilled to welcome back all of our fans as we celebrate our 20th anniversary season during the Hollywood Casino 400 NASCAR Playoffs weekend,” Kansas Speedway President Pat Warren said. “We saw some great NASCAR racing throughout our spring race weekend, and we look forward to what’s in store when the NASCAR Playoffs and ARCA Menards Series championship return Oct. 23-24.”

All three venues are owned by the International Speedway Corporation.

NASCAR and track officials will continue to work with local and state government and health officials in case any adjustments to health and safety protocols are needed for each of these upcoming race weekends.

ARE THEY GOING TO LET THE DRIVERS AND ANNOUNCERS TO LEAVE THEIR MASKS AT HOME ??