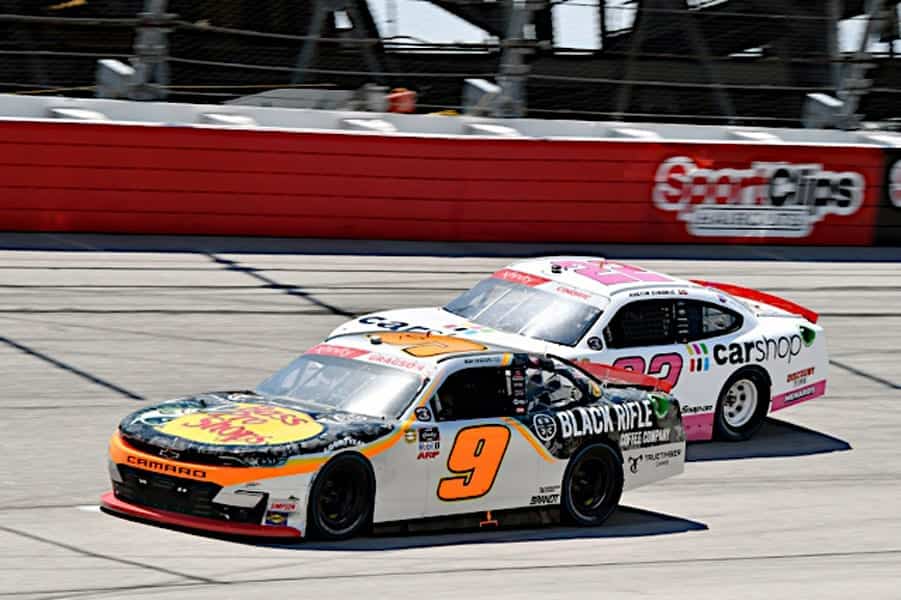 Editor’s Note: This story has been updated to show the No. 9 team was disqualified following Saturday’s (May 8) race and did not win the Dash 4 Cash bonus. For more coverage, click here.

Noah Gragson initially scored another $100,000 Saturday (May 8) by claiming his third straight Xfinity Dash 4 Cash jackpot, but fell short of both the bonus and a win at Darlington Raceway.

Gragson finished second in both stage one and stage two and worked his way around Harrison Burton for the lead during the final stage.

But while Gragson was out front and looking to score his first win of 2021, a caution for Gray Gaulding‘s crash with 20 laps to go changed everything. Gragson exited pit road third and never worked back to the front.

Gragson led 40 laps Saturday, the first time this season he’s led the most laps in an event. But losing ground on pit road, Gragson said, was too much to recover from.

3-for-3 in the #Dash4Cash, but a disappointed @NoahGragson talks about what could have been after his fourth-place finish. ?❌? pic.twitter.com/35j7IZc0zr

Following the Gaulding caution, Gragson restarted third behind Harrison Burton and Josh Berry. Burton spun his tires on the restart, though, and Gragson got shuffled back to fifth. After another late-race caution, Gragson gained a spot around Daniel Hemric on the restart to end up finishing fourth before being disqualified during post-race inspection.

.@NoahGragson is pretty happy with the No. 9 @BassProShops @blckriflecoffee @TrueTimber Chevy after taking the lead on the last restart. They’ll stay out during this caution. pic.twitter.com/mHwVWYsVzg

Gragson won two of the first three Dash 4 Cash events this season. With Gragson’s disqualification Saturday, AJ Allmendinger was named the winner of the Darlington edition. A clean sweep of the Dash 4 Cash races has never been done before. That streak will continue as Gragson’s stranglehold of the bonus was relinquished following Saturday’s race.

Gragson is still searching for his first win of 2021. The 22-year-old has yet to win since Bristol Motor Speedway in June 2020 but had seemingly built momentum over the past three races with respective finishes of fourth, second and sixth. The DQ at Darlington relegated him to a 40th-place finish.

The final Xfinity Dash 4 Cash race will be next week at Dover International Speedway with Allmendinger, Justin Allgaier, Berry and Brandon Jones eligible for the $100,000. The NASCAR Xfinity Series will take on the Monster Mile on Saturday at 1:30 pm ET on Fox Sports 1.