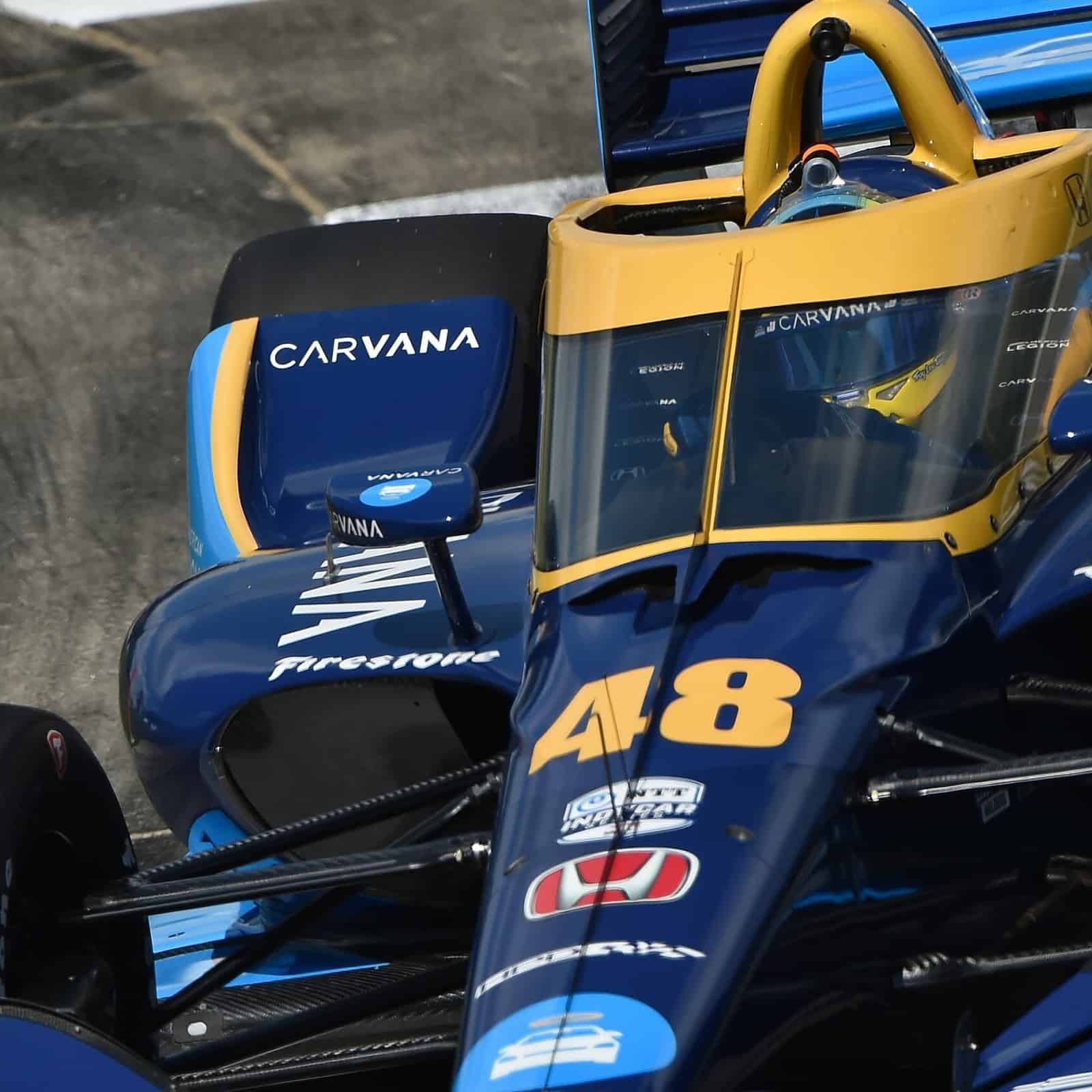 One of the biggest storylines coming into the 2021 IndyCar season was the influx of drivers joining the championship after successful careers in other major series, creating an unusually old and experienced rookie class. Scott McLaughlin left the Supercars Championship after collecting three straight titles to compete for Team Penske, 1o-year Formula 1 veteran Romain Grosjean stepped in at Dale Coyne Racing, and Jimmie Johnson said goodbye to NASCAR after two decades to take on the challenge of open-wheel racing. With almost 25% of the season completed, we are starting to get a sense of how this accomplished rookie class is adapting to life in IndyCar.

McLaughlin is off to the best start among the rookies, currently eighth in the standings and tied with Team Penske teammate Will Power at 99 points. However, McLaughlin’s first race didn’t go particularly well. At the Grand Prix of Alabama, the New Zealander qualified a decent 12th, but slid backward in the race to finish a respectable 14th as he continued to adjust to his No. 3 Chevrolet.

“I just didn’t know the capacity of the car, and I was a bit nervous. I just wanted to get one race under my belt,” McLaughlin explained post-race. Still, McLaughlin completed a clean race and stayed on the lead lap. Things improved slightly in St. Petersburg, where he qualified 14th but improved in the race to finish in 11th.

It wasn’t until the third race of the season that Penske’s rookie truly shone—although McLaughlin was forced to start down in 15th after weather canceled qualifying for the Genesys 300. Still, McLaughlin carved through the field to claim his first IndyCar podium despite the difficulty of passing at Texas Motor Speedway. Admittedly, the 27-year-old was assisted by a quick final pitstop under caution, but McLaughlin showed strong pace, crossing the line just two-tenths of a second behind winner and master of Texas Motor Speedway Scott Dixon.

Starting positions were again set by owner points for the following day’s XPEL 375, with McLaughlin’s podium propelling him to sixth on the grid. While he couldn’t replicate his feats from the Genesys 300, McLaughlin’s eighth-place result was still an impressive result for only his second ever oval race. McLaughlin appears to be acclimating well to IndyCar and will likely only improve over the remainder of the season.

Unlike McLaughlin, Johnson has opted to skip oval circuits in 2021, and Grosjean is possibly racing at WorldWide Technology Raceway at Gateway. This creates a smaller sample size for which to evaluate their performances after they sat out the Texas doubleheader.

Johnson’s IndyCar campaign thus far has not been easy. He sits 26th in the championship, just three points ahead of last-place Max Chilton and 15 points behind Tony Kanaan, who took over his No. 48 Honda for the oval races in Texas. Johnson is essentially relearning how to drive, as the 45-year-old has spent the last 20 years in stock cars and had no prior experience in open-wheel single seaters. As a result, he spent the first two races of his IndyCar career mired down at the bottom of the field.

Johnson did well to avoid the first-lap wreck at Barber Motorsports Park with only a small amount of contact coming his way. Johnson, however, was off the pace in the race and brought out a caution with a spin just a few laps later. He finished three laps down in 19th, with Chilton the only classified driver to finish behind Johnson. The Grand Prix of Alabama ultimately served more as a practice session for Johnson as he got to grips with car setup and the Firestone tires. Simply seeing the checkered flag in his first race was a minor victory itself.

The Grand Prix of St. Petersburg showed Johnson still has a ways to go before he can truly be competitive in IndyCar. He caused two cautions during the race, first when he locked up and tapped the barriers in the final hairpin and later when he spun on the exit of turn 3. He finished 22nd, the lowest classified driver and five laps off the lead pack. Despite Johnson’s off-track excursions, he did manage to complete the race, which undoubtedly served as a major educational experience for the seven-time NASCAR Cup Series champion.

After nearly two decades racing open-wheeled single-seaters, Grosjean has had to make fewer adjustments than Johnson in his transition to IndyCar. It has shown throughout his solid performances in the opening rounds of the season.

At the Grand Prix of Alabama, Grosjean qualified an impressive seventh, above his expectations following disappointing results in practice before placing 10th in his first ever IndyCar race. Grosjean had solid pace and stayed out of trouble in his first race since his fiery, life-threatening crash at the 2020 Bahrain Grand Prix.

Although the Frenchman didn’t finish as high in St. Petersburg, Grosjean still had a strong showing on the twisty street circuit. After qualifying a dismal 18th, Grosjean was fairly quick in the race, climbing to 13th by the checkered flag. He also kept his nose fairly clean on the narrow and bumpy track, besides a spirited battle with Power in the early stages of the Grand Prix. Grosjean currently sits 22nd in the standings, one point behind Dalton Kellett and six points behind Conor Daly, both of whom have competed in two more events than Grosjean this year.

IndyCar returns this weekend for the GMR Grand Prix at the Indianapolis Motor Speedway Road Course, which airs live on Saturday, May 15 at 2:30 p.m. ET on NBC. Grosjean and Johnson will step back into their cars after vacating for the Texas oval races, while McLaughlin will continue in the No. 3 Team Penske Chevrolet.