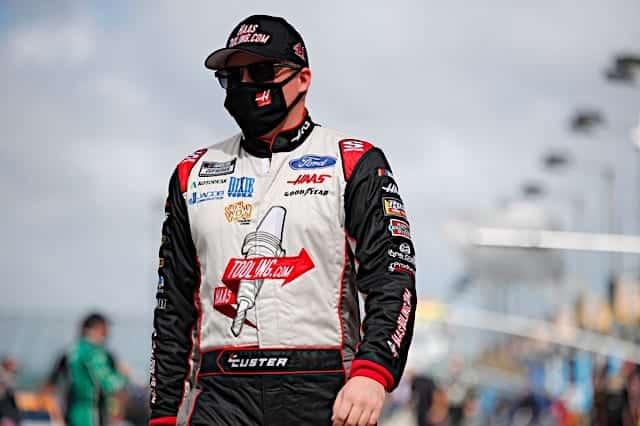 Cole Custer will make his first start in the NASCAR Xfinity Series since 2019 at the Circuit of the Americas.

The 23-year-old NASCAR Cup Series regular will make his return to the second-tier series driving the No. 17 Production Alliance Group Ford Mustang for Rick Ware Racing, the team announced May 11.

“I am excited to have Cole behind the wheel of the No. 17 RWR entry for the upcoming race weekend at COTA,” team owner Rick Ware said in a team release. “Cole is a great driver, and we were excited to work with him in 2018, when he made his NASCAR Cup Series debut with RWR.”

Custer made his Cup Series debut early in 2018 with RWR in a partnership with Stewart-Haas Racing and has three starts with the team, with his best finish being 25th at Las Vegas Motor Speedway.

It was not noted in the release if SHR is assisting this RWR entry in any way as well.

Custer returns to the Xfinity Series for the first time since his near-championship-winning season with SHR in 2019. That year, he earned seven wins, 24 top 10s and a runner-up finish in the series standings.

The No. 17 has fielded a variety of drivers in Xfinity in 2021, currently sitting 24th in owner’s points.

His entry will be at one of NASCAR’s newest additions to the schedule, which is the 3.41-mile Austin, Texas-based COTA. One day after his Xfinity return, Custer will join the rest of his Cup colleagues in their inaugural COTA event.

Despite his success, Custer has never earned a top five in a Xfinity Series road course event. His best finish is sixth at Watkins Glen International in 2018.