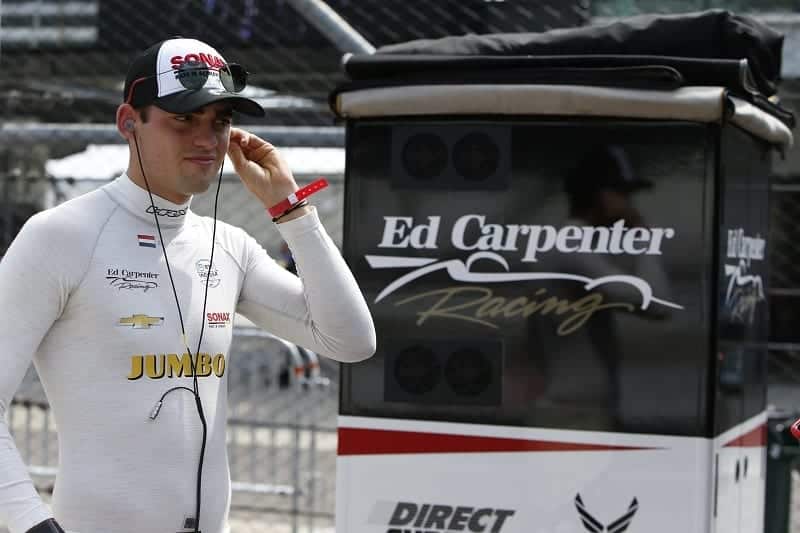 Bitcoin is climbing aboard Rinus VeeKay’s No. 21 car of Ed Carpenter Racing for the Indianapolis 500, the team announced Wednesday, May 12.

The digital currency will also be used as an associate on ECR’s other entries in the race.

Strike has also partnered with the team to fundraise with a unique QR code, allowing people to donate Bitcoins to support the car.

“I could not be more excited that this project is becoming a reality. To bring my personal interest and immersion in Bitcoin to our industry is historic,” team owner Carpenter said in a release. “Just as Bitcoin is revolutionizing our financial system, I see it as an opportunity to transform how we operate within our own motorsport industry.”

“With the power of the Bitcoin community backing ECR in our 10th season of competition, our team is more than ready to attack the Indy 500 and capture our first Borg Warner Trophy,” Carpenter said. “We want to kiss the bricks, drink the milk, then watch Bitcoin race past $100k!”

Bitcoin is the first decentralized peer-to-peer payment network that is powered by its users with no central authority or middlemen.https://t.co/ukrj1DxucX pic.twitter.com/i9xgoJ25OJ

VeeKay, who is currently running his second full-time season, has one NTT IndyCar Series podium at the Indianapolis Motor Speedway road course. This year he has three top 10s in four events.

I know its not the same, but it reminds me of when DIANETICS tried to sponsored Mario at Indy.