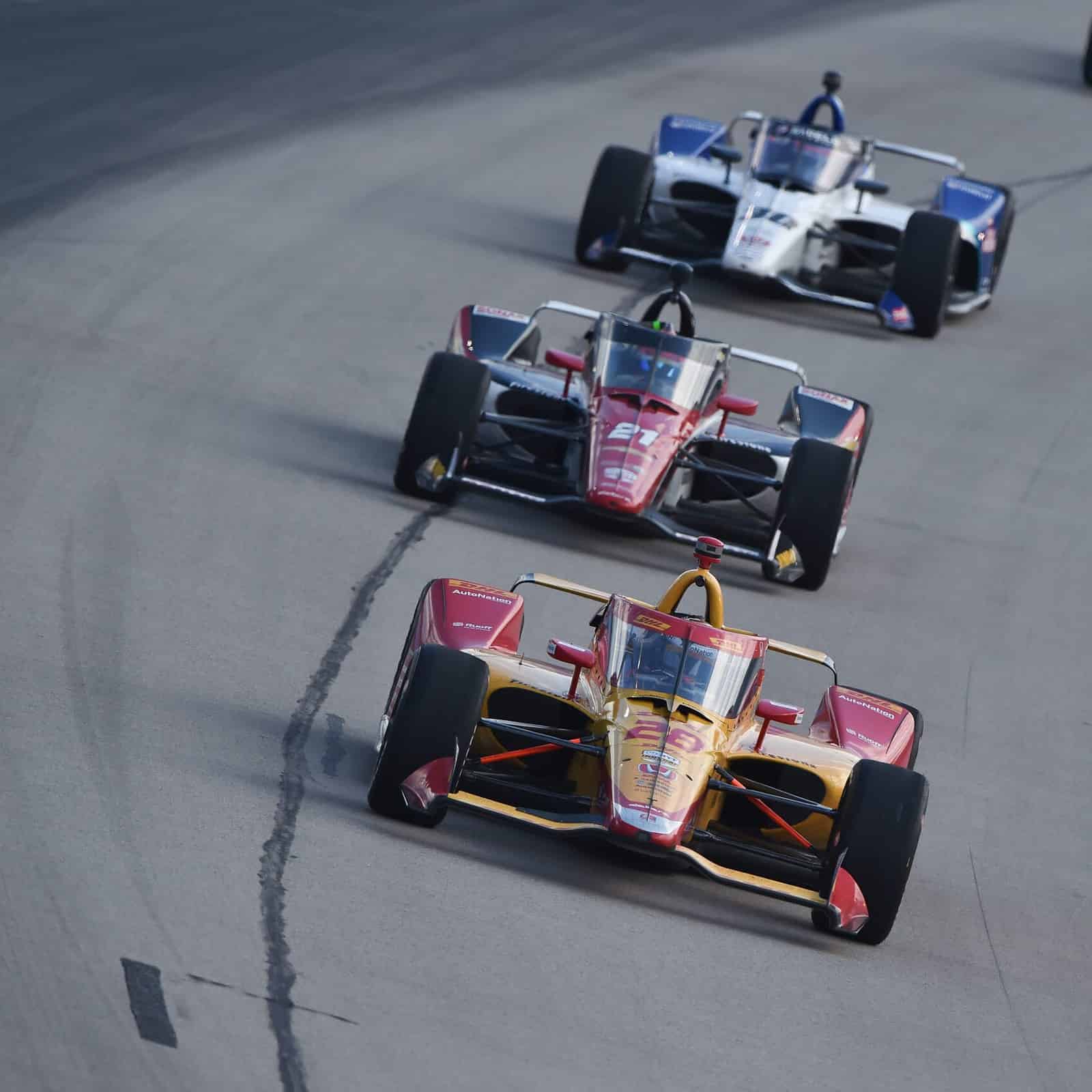 After the first four races of the 2021 NTT IndyCar Series, some of the race win contenders have proven themselves accurate in their placing in this category. Some are knocking on the door, so let’s take a look at this group from our preseason predictions.

Pato O’Ward finally got his first IndyCar win at the XPEL 375 at Texas Motor Speedway and currently sits second in the points standings. O’Ward had a dismal race at St. Petersburg, finishing 19th, but has finished in the top five in the other three races so far.

Ryan Hunter-Reay’s 2021 season did not start off promising with the opening-lap incident at Barber Motorsports Park where he finished 24th. However, the 2014 Indianapolis 500 winner was able to finish a respectable 10th at the XPEL 375. Hunter-Reay has had flashes of brilliance at both IMS courses and at Detroit, so a win could be on the cards for the No. 28 Andretti Autosport Honda.

Another driver that has massively punched above his weight in 2021 has been Jack Harvey. The Bassingham, England native finished fourth at St. Petersburg and was on course for a top-10 result at the XPEL 375 before a mechanical failure ended the No. 60 Meyer Shank Racing Honda’s run prematurely.

Harvey is currently 10th in points and has a podium at the IMS road course back in 2019 and he ran in second place in the late part of the 2018 Indianapolis 500 before pitting in the final handful of laps.

The good news is that Sebastien Bourdais has done well on the road and street circuits so far in 2021. Bourdais’s season started off about as well as it could have at Barber. Despite being hampered by a significantly damaged floor, Bourdais was able to finish fifth, following that up with a 10th place finish at St. Petersburg after a radio issue caused the St. Petersburg resident to miss the pace laps at his home race.

The bad news is that Bourdais’s fortunes at Texas were pretty much non-existent. The Frenchman spun and hit the wall in Turn 2 in the first Texas Motor Speedway race after Josef Newgarden rear-ended the No. 14 A.J. Foyt Racing Chevrolet. The following day, Bourdais’s race didn’t even get started as he was involved in the first lap accident that eliminated several competitors.

While his Arrow McLaren SP teammate O’Ward has won this year, Felix Rosenqvist has had more than his share of bad luck so far this year. After misjudging the pit lane entry during one of the practice sessions, the Swede hit the outside pit wall while heading to his stall.

Following that up with three finishes of 12th or worse and the No. 7 Chevrolet currently sits 16th in points. Of course, there was a bit of a complication at the most recent race at Texas with a right rear tire falling off the car, but Rosenqvist has a chance to turn his luck around this weekend.

After a decently strong 2020 rookie campaign, Rinus VeeKay has started 2021 with three top-10 finishes and a 20th place finish at the first Texas race. The Dutch racer for Ed Carpenter Racing has a win at the IMS road course in Indy Lights and with two other Road to Indy podiums at Indianapolis, look for VeeKay to start moving forward.

Sitting fifth in IndyCar points is Graham Rahal. The Ohio native finished in the top five at both Texas races, leading laps in the Sunday race before finishing third. Rahal has led many charges through the field at the IMS road course and has finished in the top three twice at the Indianapolis 500. Combine that with a pair of wins at Detroit in 2017 and the second-generation racer might very well jump up a pair of places in the IndyCar points.

While Takuma Sato hasn’t scored a top five finish yet, the 2017 and 2020 Indianapolis 500 winner does have a pair of top 10 finishes to hang his hat on and is coming up to a part of the schedule that should treat the veteran racer well.

Sato is currently 12th in points, but his No Attack, No Chance mantra carried the Japanese racer through his career, and a race with an off-sequence pit strategy like Portland in 2019 could mean all the difference between winning and finishing fifth or sixth.

Can one of these drivers put a W in their column in the next few races? Let’s find out as the GMR Grand Prix is Saturday, May 15th at the Indianapolis Motor Speedway road course.