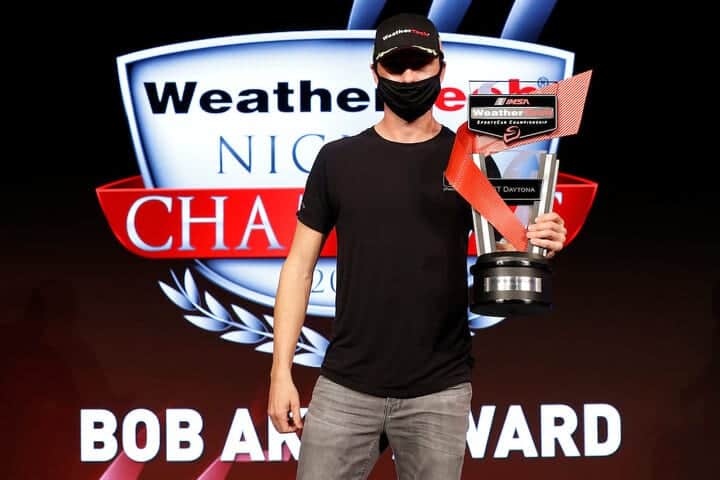 The quick form that Wright Motorsports showed in practice continued Friday afternoon (May 14) in qualifying.  Ryan Hardwick won the pole for Saturday’s IMSA Michelin Pilot Challenge Mid-Ohio 120 with a lap at 93.412 mph.  It is not a track record for the series as Nate Stacy‘s pole lap from last September was one-tenth of a second quicker.

During the session, Archangel Motorsports’ Alan Brynjolfsson seemed to have the fastest car at first.  He put himself at the top of the chart less than five minutes into the session, relinquished the top spot to Chris Green of Andrew Wojteczko Autosport (AWA), then regained the advantage.  Hardwick, whose teammate Jan Heylen was fastest in the two practice sessions earlier in the day, regained the advantage with three minutes to go and held onto until the checkered flag.

Hardwick won the pole by three-sevenths of a second over Green, who is making his first start in the series since 2019.  Brynjolfsson will start third, then TeamTGM’s Hugh Plumb and HTP Winward Motorsport’s Russell Ward.

In TCR, the session ended up being a back-and-forth affair between the Honda of Atlanta Speedwerks’ Brian Henderson and JDC-Miller MotorSports’ Chris Miller.  With about a minute to go, Henderson set a lap at 91.527 mph that held up for the class pole.

Henderson’s lap, which was good enough for 12th overall was the same amount of time quicker than Miller as compared to Hardwick over Green, to the thousandth of a second.  LA Honda World Racing’s Mike LaMarra will start third in class, then Bryan Herta Autosport’s Parker Chase.  Rory van der Steur will start fifth in class in his family-owned Hyundai Veloster N TCR.