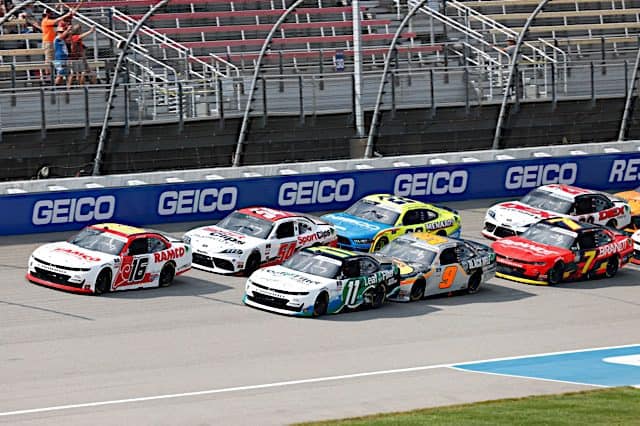 Editor’s Note: This article on NASCAR history and popularity is posted in collaboration with an outside sponsorship client. The opinions and information contained within do not necessarily represent Frontstretch and its staff.

The National Association for Stock Car Auto Racing, better known as NASCAR, has been around for over seven decades. Established in 1948, by Bill France Sr., NASCAR was an immediate hit among residents of Daytona Beach, Fla. Some of the nation’s most notable racing promoters and drivers joined forces with France to form NASCAR, meeting at the Streamline Hotel.

NASCAR was not the first racing organization in Daytona Beach. The city began hosting racing on its beaches in 1905, running events for over three decades before NASCAR’s inception. Some of the world’s most notorious race car drivers from early in the 20th Century ran on this course: Alexander Winton, Ransom Olds, Ben Shaw, Tommy Elmore, and Milt Marion, Permatex Form-A-Gasket test car driver and winner of the first organized race on the 3.2-mile Daytona Beach Road Course in 1936.

NASCAR expanded its popularity over the 1980s and 1990s; by 2000, they reportedly averaged between 2.7 and 2.8 million viewers on television. A new partnership with FOX, TNT and NBC resulted in a 74 percent increase in viewership in 2001. Once the playoffs were instituted, in 2004, viewership grew even more. The 2006 “Chase for the Nextel Cup,” the 10-race NASCAR push for the title, drew an estimated 4.7 million viewers on average.

NASCAR hit its peak in 2005, ratings trailing only the NFL among major sports in the United States. Since then, NASCAR has reported a 45 percent decrease in those viewership numbers by 2018. As popularity fell, the racing organization admitted it struggled to maintain the same levels of sponsorship it had in the past.

There is no denying the fact television ratings for NASCAR have dropped slightly during the past few years. Unfortunately, the sport is experiencing a decline for one reason or another. The good news is there is still time for the league to rectify the problem. Many expected NASCAR ratings would rebound after the COVID-19 pandemic slowed and sports were allowed to restart. However, that hasn’t been the case. Before the pandemic, the NASCAR Cup Series had two races in March. The Auto Club Speedway race on FOX back then brought in 4.781 million viewers.

The Phoenix Raceway race on March 11, 2020, brought in 4.575 million viewers on FOX. By comparison, this year NASCAR tried something new in March of this year to bring in more viewers, holding a Bristol Motor Speedway dirt race in March 2021. That race brought in 3.114 million viewers. Although the ratings were better than the previous Bristol races in 2020, they were far lower than what the league was hoping for. NASCAR also hit new lows in viewership this season at Atlanta Motor Speedway and Las Vegas Motor Speedway, among other tracks.

NASCAR also became embroiled in controversy last season when the league was called out by the former President. During the Bubba Wallace incident over a noose found in the Talladega Superspeedway garage last June, President Donald Trump tweeted, warning NASCAR that its ratings would suffer as a result. Trump also went on to claim that this incident and banning the Confederate flag resulted in a TV viewership drop. Was Trump correct?

Either way, it doesn’t help when a President ridicules your organization. Since the former President’s statement, the league’s ratings have not stabilized.

Playing kaszinó bónusz is a great pastime when NASCAR is not airing on FOX or NBC.

Bubba Wallace has become one of the biggest names in NASCAR although the Mobile, Ala. native hasn’t had a lot of success on the track. In 138 races at the NASCAR Cup Series level, he’s yet to win; his best finish was second, twice, at Daytona International Speedway in 2018 and 2021. Nevertheless, the African-American racer created a firestorm in 2020, gaining in both popularity and notoriety when he backed the Black Lives Matter movement and encouraged NASCAR to do the same.

NASCAR President Steve Phelps, last summer also brought Wallace’s name to the forefront when he discovered that a noose had been placed in Wallace’s garage stall. The FBI investigated, however, and found that Wallace was not a victim of a hate crime and the noose was there by odd coincidence. In reality, the discovery was just a pull-down rope used for the overhead that had been there since 2019. While the incident helped Wallace find sponsorship, some say it has cost the league some of its fan base.

Sadly, NASCAR fans are turning away from the league they once loved. Many argue that the change is coming due to the league’s decision to take a political stance against the confederate flag. Others believe people are simply changing their preferences. Ultimately, it is hard to pinpoint what has gone wrong for NASCAR, but there is still time for the league to right the ship. To do that, it will need to work swiftly to bring back old fans, find new ones, and retain its current viewership.