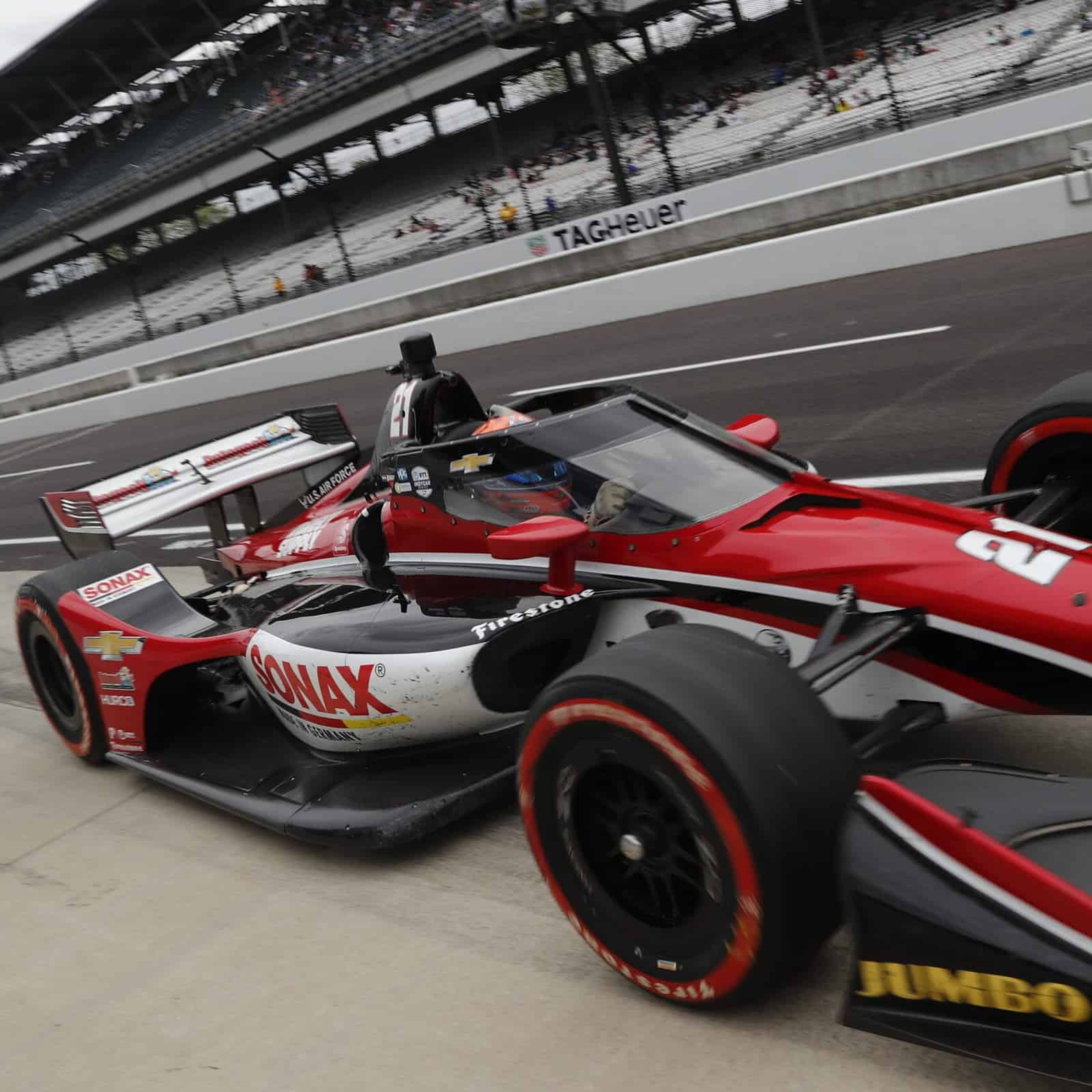 Rinus VeeKay’s introduction to the American motorsports world was on May 27, 2016 at the Indianapolis Motor Speedway. He was the first driver confirmed to race the new-for-2017 Tatuus USF-17 in the USF2000 championship on the Road to Indy.

At the same track where VeeKay was announced to the world, he became the sixth youngest race winner in IndyCar history when he won Saturday’s (May 15) GMR Grand Prix at the Indianapolis Motor Speedway road course, becoming the first driver to win on all three levels of the Road to Indy and in IndyCar.

The definitive move of the race came when VeeKay passed Alex Palou on the Hulman Boulevard straightaway between turns 6 and 7. The No. 21 Ed Carpenter Racing Chevrolet split the Chip Ganassi Racing Hondas of Palou and Jimmie Johnson, who was a lap down.

From that moment on, it was a standard VeeKay dominative performance that many familiar with his Road to Indy exploits knew all too well.

VeeKay spent a quick three years on the Road to Indy with highlights including the 2018 Indy Pro 2000 championship trophy, 16 wins, 36 podium finishes, 44 top five finishes and only one retirement out of 48 races.

VeeKay’s American open wheel journey started when he announced a deal to race with the newly-formed Benik-Carlin USF2000 team for the 2017 season. However, as the union between Trevor Carlin’s organization and Benik Kart fell apart, the Dutch racer found a new home with Augie Pabst’s team, Pabst Racing Services.

With the deal announced only a week before the racing season started, VeeKay had to get on the pace quickly, which he did, finishing worse than fourth place just once all year (sixth place at the IMS road course).

“He was just full of talent, it was obvious right from the start,” Pabst said while watching the victory celebrations continue. “The first test he did with us at Sebring, we knew he was a winner and we didn’t know if we could have him in our car or not because we were up against another team but ultimately they chose us and it was a match made in heaven for the whole season.”

VeeKay’s breakthrough wins at Road America became the fulcrum for a late season charge that brought him up to second place in the USF2000 standings by the end of that season.

“I feel like he’s my boy, or one of our boys,” Pabst said. “We spent a whole season together and like Ricardo [Juncos], there’s a lot of blood, sweat and tears and it’s not all highs, you drag yourself through some lows and to see him stand up there today, I definitely feel like we’re all a part of it.”

After USF2000, Rinus moved up to Indy Pro 2000 in 2018 with Juncos Racing in a season full of uncertainty surrounding the new PM-18 car. However, VeeKay won five races in a row as the season wound down to win a check for $905,450 to help him move to Indy Lights with Juncos Racing.

“You can see the kid with a lot of talent, very young, but this is great to see him winning now in IndyCar, we are a part of it and that’s the beauty of the Road to Indy,” Ricardo Junos said while also watching VeeKay celebrate. “We’re here to do this, to take these kids, give them everything that we know, guide them, teach them and now when we see this. It is good for us because that’s our final ultimate prize, that’s why we’re here in the Road to Indy to create these drivers and we had two fantastic years with him. We won the championship in Indy Pro 2000, in Indy Lights we lost it by nothing, […] to see him now is fantastic.”

VeeKay lost the 2019 Indy Lights championship to the same driver he lost the USF2000 title to, Oliver Askew. Askew won four races as the second half of the season got going and VeeKay could not catch up despite winning three of the final four races. However, Juncos knew that IndyCar racing was going to get a future race winner in its ranks.

Juncos’ son Leandro said that VeeKay would win about an hour before the race ended while the Juncos Indy Lights team was packing up and that he was sure about it.

The kid was right.