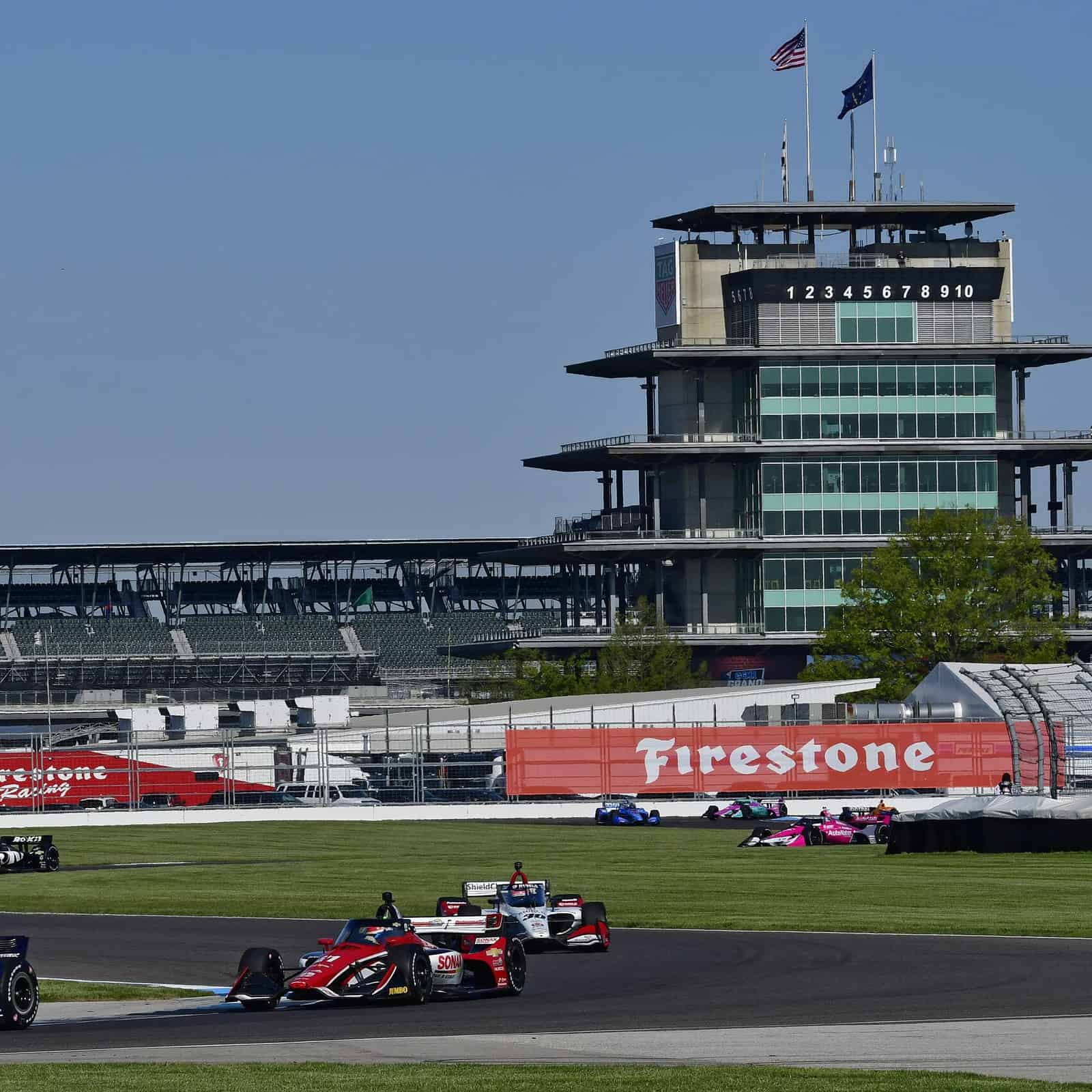 In his third NTT IndyCar Series race weekend, Romain Grosjean proved that there could indeed be redemption for the Frenchman.

The No. 51 Dale Coyne Racing with Rick Ware Racing Honda will start Saturday’s (May 15) race from pole position ahead of Josef Newgarden’s No. 2 Team Penske Chevrolet in a Firestone Fast Six made up of perhaps the oddest grouping of IndyCar drivers for a Firestone Fast Six round.

On the front row is a former Formula One driver flanked by a Team USA Scholarship driver that has gone on to win two of the last four IndyCar championships. On the second row is a racer that has twice been the Indy Lights championship runner-up, alongside a Spaniard who earned his first IndyCar race win after making his way up the racing ladder primarily by racing in Japan.

The third row of the grid is a three-time champion of the Supercars championship in Australia and New Zealand, alongside IndyCar’s most millennial driver. Thus describes Grosjean, Newgarden, Jack Harvey, Alex Palou, Scott McLaughlin and Conor Daly.

Is there a more oddball group of drivers than this?

Juan Pablo Montoya’s return to IndyCar competition has not gone to plan. After running 21st in the first practice session, Montoya was 25th in the second session, last of all competitors.

This wasn’t going to be an easy weekend for the two-time Indianapolis 500 champion. Montoya hasn’t driven in an open wheel race weekend since the 2017 Indianapolis 500, having driven Acura ARX-05 prototypes in IMSA competition the last few seasons.

There hasn’t been a bright spot for Montoya so far at Indianapolis. After INDYCAR judged that Montoya impeded another competitor during the second group of the first round of qualifying, the 1999 CART champion lost his two fastest laps, demoting him to 25th and last on the grid.

If Montoya is looking for a good finish on Saturday, the drive of his life is going to need to happen.

Scott Dixon needs to pull the rabbit out of the hat.

After running 16th and 23rd in the practice sessions, the six-time series champion qualified 23rd. The points leader reportedly had some clutch issues that cost the No. 9 Chip Ganassi Racing Honda a decent amount of time on pit road during the second session.

The farthest back any winner at the Indianapolis Motor Speedway road course has started is eighth. However, Graham Rahal has charged through the field to finish in the top five after starting near the back.

Anything is possible, and with Dixon behind the wheel, it’s more possible.

After running in second and third place in both practice sessions, Rinus VeeKay was just short of advancing to the Firestone Fast Six.

“Qualifying was going really well and I just made a little mistake in Round 2,” said VeeKay in a team release. “We just missed out! We have great speed and have some more ideas to try in warm up tomorrow. I am very ready to race!”

VeeKay scored his first podium finish in last year’s Harvest Grand Prix. Starting seventh, the No. 21 Ed Carpenter Racing Chevrolet has a great shot at scoring another podium if the strategy is right.

More heavy hitters are going to have to work their way up from the back.

In addition to Dixon starting 16th, we have Alexander Rossi in 14th, Pato O’Ward in 18th and Sebastien Bourdais in 20th. Combine that with a frustrated Will Power starting 12th and Simon Pagenaud in 10th and the field could see some major shuffling by the end of the race.

For a long time, Pagenaud and Power were the only two drivers to win at the Indianapolis road course. Both are looking for a win to jump start their championship charges, and for Pagenaud, a win will end a drought going back to the first Iowa race last year.