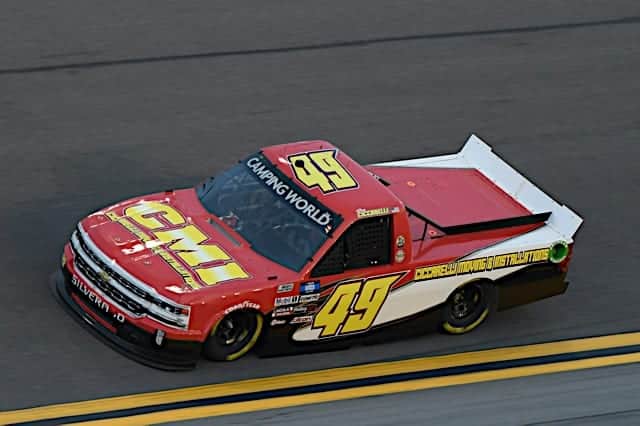 CMI Motorsports will attempt to field three trucks for the first time at the inaugural Toyota Tundra 250 at Circuit of the Americas in the NASCAR Camping World Truck Series, according to TobyChristie.com.

All three of their drivers will be attempting their NASCAR Camping World Truck Series debuts.

John Atwell and Sam LeComte join the already-announced Brad Gross as drivers for the team at the road course.

Atwell will pilot the No. 49 Trussworks LLC/LeComte Homes/Multi Building Incorporated Ford  F-150. Atwell has been both an owner and driver in Trans-Am but has never made an attempt at NASCAR.

Sam LeComte will drive the team’s No. 72 entry, its debut, with the same sponsors as Atwell. LeComte has competed in the Trans Am TA2 Series.

Gross shifts to the No. 83 after initially being announced for the No. 49.

All three will have to qualify inside the top 31 for the race, as all of their entries do not have enough points to earn an automatic spot.