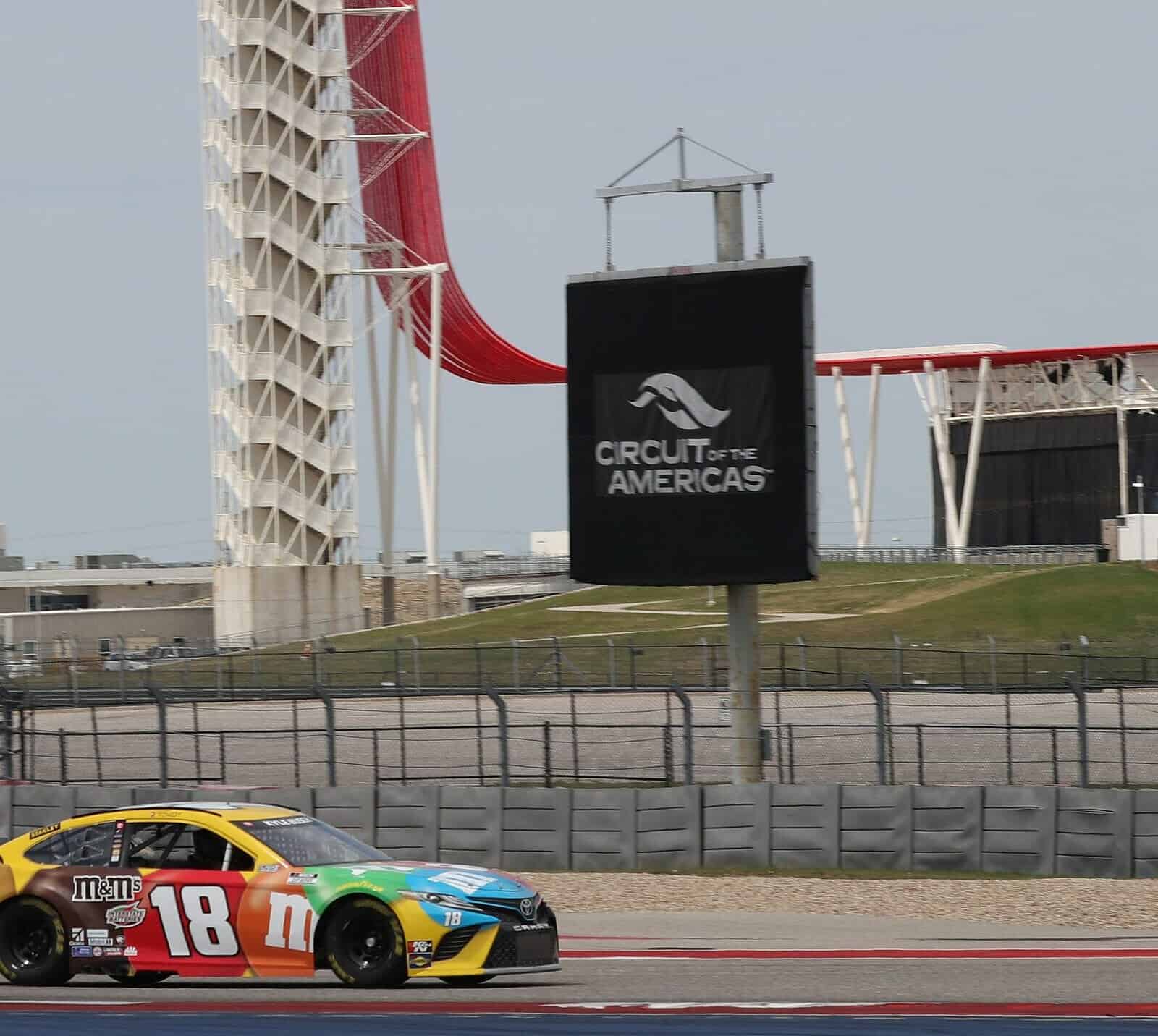 For a limited summer engagement, things are going back to “normal” in NASCAR land.

In a confluence of events — the rapid lifting of COVID-19 attendance restrictions and how NASCAR’s 2021 schedule is laid out — four of the next six points paying NASCAR Cup race weekends will feel like they’re happening in the “before times.”

Those four race weekends will feature various combinations of full fan attendance being permitted (starting with the May 30 Coca-Cola 600) and most importantly for race teams, practice and qualifying.

In 2021, practice and qualifying is occurring for major races (Coke 600, championship weekend) and all inaugural events.

They’ll be in place this weekend at the Circuit of the Americas in Austin, Texas, next weekend at Charlotte Motor Speedway, the June 20 weekend at Nashville Superspeedway and the July 4 weekend at Road America in Wisconsin.

Not included in that stretch is Sonoma (June 6), the June 13 All-Star Race at Texas Motor Speedway and the doubleheader weekend at Pocono (June 26-27).

But, yes. We’re talking about practice! Albeit, one 50-minute session per series this weekend on COTA’s 3.41-mile layout.

This will be the first time teams have conducted practice and qualifying on a non-superspeedway/dirt track since NASCAR visited Phoenix Raceway in March 2020.

We’re excited about that, right?

“I really enjoy the lack of practice,” Bowman said after his win Sunday at Dover. “I feel like growing up, you’d show up, get one hot lap session, qualify, heat race, race. Your whole day was like 5 p.m. to 10 p.m. and you were done.

“I enjoy kind of the compact schedule. Mostly looking forward to be able to work with my race team and maximize our race car for Sunday’s race, something we haven’t done in quite a while. It’s going to be cool to be able to do it.”

While NASCAR drivers have been finding ways to get track time at COTA in advance of this weekend, there’s only been one formal test session on the road course. That was a Goodyear tire test in early March that included Chase Elliott, Martin Truex Jr. and Brad Keselowski.

Kyle Busch, Daniel Hemric and John Hunter Nemechek also got laps on the track in April as part of a Toyota sponsorship production day.

“I feel like our weak point is going to be me as a race car driver. I feel if I do my job, do a good job for the team, we’ll have a good, solid day.”

Cup rookie Chase Briscoe recently weighed the pros and cons of having the first traditional practice sessions in 14 months come on a road course.

“I think it’s gonna be hard,” Briscoe said. “The thing is there, I don’t think you can necessarily try stuff that’s gonna work at other places with it being a road course, but I will say that it’s probably gonna be a challenge to go and do a practice environment. That’s something that normally doing a shock change or doing whatever is so second nature and they can do it so quickly to really maximize that practice time. We haven’t done that a lot in the last year and a half, so I think the team guys might be a little rusty when it comes to that.”

Then there’s the length of the session itself.

“There’s only a 50-minute practice, and by the time you do an out lap, do an in lap, and do whatever lap you’re doing, you’re probably not gonna get but maybe eight to nine laps of practice at the most, so it’s gonna be really hard to make changes and figure out what kind of works because you’re probably only gonna get two or three changes at the absolute most,” Briscoe said. “So, you’re still gonna have to unload very quick from a speed standpoint and a balance standpoint, so it’s gonna be hard. I’m glad we’re gonna have some practice just, for me, to get back in the rhythm of especially road course racing to see what I need.”

For the most part, conducting races over the last 12 months without practice (especially race weekends with an unnecessary three sessions) or qualifying has worked out.

There hasn’t been an abundance of embarrassing first-lap crashes (the most notable being Ricky Stenhouse Jr.’s at Darlington last year).

But it’s also a reality that NASCAR has been visiting, aside from Bristol Dirt in April, the same tracks in the last 12 months that it’s been going to for decades. Most drivers, at least in the Cup Series, have had years of experience to fall back on when the green flag drops on race day.

That won’t be the case at COTA, Nashville, Road America and later on this year at the Indianapolis road course.

This is why Kevin Harvick is making his first Xfinity Series start in three years on Saturday. That will give him two practice sessions in addition to the two races.

“I’m a huge visual person,” Harvick said in a media release. “The experience I have in going to these racetracks for a long time — I can tell you every crack, every curve and every marker on the wall, and those are the things I want to have embedded in my mind before we get to Sunday. I want to make sure we’ve hit most of the curbs and know where you can take a risk making a pass and where to make time and how to get on and off of pit road in a live situation, because the practices are short. The Xfinity car is going to be the best tool, and just being able to make laps is the most important thing.”

With the Cup Series rolling into these tracks for the first time, especially a world class facility like COTA, you want the sport in position to put its best foot forward.

Having practice and qualifying will help make that possible while also building buzz in anticipation for the green flag.

It’s important to note the last time NASCAR held an inaugural Cup Series race in Texas, 25 years and one month ago.

That race in 1997 is largely remembered for what happened on the first turn of the first lap: A giant crash.

And that came after a weekend full of practice.

I miss practice and qualifying; the old-school first and second round variety. When I buy a ticket I want to see on track action, not just a race on Saturday night or Sunday afternoon.

Maybe with qualifying NA$CAR can arrange for Bubba to “win” a pole.

Well, then I’m expecting Kyle Busch to win all of these races which have practice since he said the reason he was running so poorly was because of no practice!!

Does anybody seriously think that returning to practice and actual qualifying will improve the quality of the actual racing?
Or, is this more of the they’ve always done it that way, so there is no reason to change? Even though the teams that will likely win have simulators and computers that can predict how the car will perform on the track.
Remember the old joke, if you keep doing what you are doing you will keep getting what you are getting.

This is the YouTube that should be linked: https://youtu.be/exOxUAntx8I

We NEED qualifying to be fair for all drivers. Formula only gets the top drivers a chance to start up front.

That’s exactly what the NA$CAR suits want. By the end of the year the top ten in points will start in the first ten starting positions. And that means no Bubba. Unless they change the “rules”. Because they can.