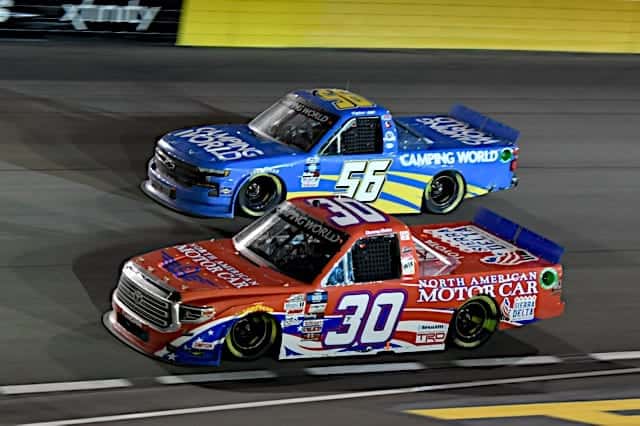 Michele Abbate will attempt her NASCAR Camping World Truck Series debut at Circuit of the Americas for On Point Motorsports, the team announced on May 17.

On Point Motorsports will have Abbate drive the No. 30 Scosche/GHOST Toyota Tundra in her debut.

Danny Bohn has driven the truck in all races so far in 2021.

The Las Vegas native was the first woman to place on the Trans Am TA2 podium and the youngest woman to to stand on the SCCA National Run-offs Championship podium in the GT-1 class in 2018.

On Point Motorsports is proud to announce that @M1cheleAbbate will make her debut in the @NASCAR_Trucks race @COTA this Saturday!

We can’t thank @Scosche @GhostLifestyle, Ghost Energy & GRR Racing for coming on board this weekend! #NASCAR

’My long time sponsor Scosche has signed to be my title sponsor for my NASCAR debut” Abbate said in a team release. “We will be running the No. 30 Scosche Toyota Tundra in the Camping World Truck Series prepared by On Point Motorsports.  I am fortunate to also have one of my most recent partners, GHOST®, contribute to my NASCAR effort and this is truly a story of hard work and dedication coming to fruition.”