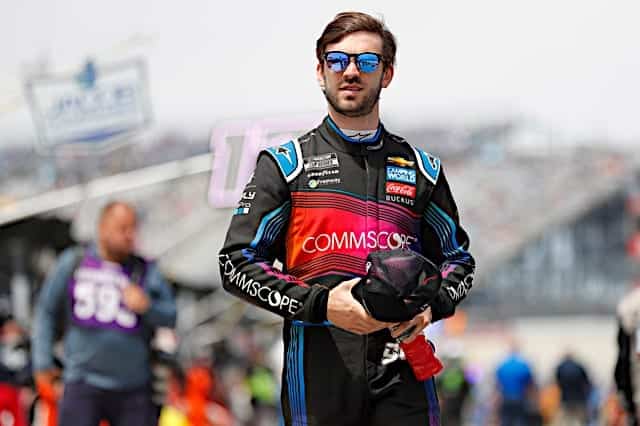 Who… should you be talking about after Drydene 400?

Raise your hand if you picked Alex Bowman to be just the second NASCAR Cup Series driver to score multiple wins in 2021. Yeah, me either. Bowman has become a steady wheelman, one who’s there to challenge at the end more often. That late-race strength paid off Sunday. Bowman won his second race of the season and the fourth of his career in Sunday’s (May 16) Drydene 400 at Dover International Speedway.

What’s impressive about Bowman is his growth as a driver. After struggling with underfunded Tommy Baldwin Racing at just 22 years of age, ultimately losing his ride in part because of immaturity and lack of experience, Bowman reinvented himself. It would have been easy to fade into the sunset; many promising young drivers have done just that in recent years.

Instead, faced with a January pink slip, Bowman took a role as a test driver at Hendrick Motorsports. And when Dale Earnhardt Jr. had to sit out several races due to injury, Bowman filled in, doing yeoman’s work in a pressure-packed situation.

He earned Earnhardt’s respect in the process, and when NASCAR’s Most Popular Driver knew it was time to hang up his helmet, he threw full support in Bowman’s corner. Given a rare second chance, the Arizona native has made the most of it, transforming from also-ran into title contender.

Honorable Mention: It’s hard to break into NASCAR’s top level, and success can take years to come to fruition. This year, the Cup Series features a pair of new teams, both with celebrity owners. But while expectations for 23XI Racing have been unrealistically high because the team is a Joe Gibbs Racing offshoot, it’s Trackhouse Racing that’s quietly building momentum. Daniel Suarez grabbed his second top-10 finish of 2021 and his fourth top 15, coming home ninth.

Suarez has been strong at Dover throughout his career, earning five top-10 finishes in nine Cup races and five more, including a win, in six Xfinity Series starts. His experience paid off for Trackhouse, a Richard Childress Racing satellite program that’s benefitted both sides. (RCR quietly put its own two cars in the top 14 Sunday as well.)

The expectation might not be for Trackhouse and RCR to match JGR’s level just yet. But their cars certainly got the job done at Dover, and Suarez did his part.

Each week, more and more fans are back at the races. New CDC guidelines paired with relaxed state and local mandates are allowing for full stands at some tracks and increased numbers at others. It may be a while before fans are allowed in the infield, or at least in the pit and garage areas, but the roar of the crowd is getting louder.

NASCAR, by and large, was exemplary in leading major sports back during the COVID-19 pandemic and has handled things well throughout. That’s paying off now. I’m thrilled to finally have images of people’s faces in the stands to post for Frontstretch articles. It’s a simple thing that allows for better coverage for everyone out there.

It will still be a bit before things are normal again, whatever that means in 2021. In the meantime, take care of one another, be patient, and let’s go racing… safely, of course.

Where… did the other key players wind up in the Drydene 400?

Polesitter and hometown (sort of) hero Martin Truex Jr. held point for the first 16 laps before eventually settling into the top five, but a slow stop on the competition caution dropped him to 12th for the restart. Truex then suffered damage to the nose of his No. 19 Toyota when trying to use another car to remove debris from his grille. Add a setup that was not good mired in traffic, and it was a long day for the New Jersey native, who finished 19th.

Defending champ Chase Elliott had to start from the rear after a pair of pre-race inspection failures. However, like his Hendrick teammates, Elliott had a fast car on the high banks. He worked his way through the field easily, finishing in the top five in all three stages, including a third overall, just beating out teammate William Byron for the spot. Byron has been on a tear of his own, with his fourth-place run marking an 11th straight top-10 finish, a NASCAR record for a driver his age (23).

Stage one and two winner Kyle Larson led 263 of 400 laps Sunday, but a pit stop and final lane choice left him second for the second week in a row. It’s his third runner-up finish of 2021. It was his team’s parity that derailed a winning run this week, but it’s also another week, another race Larson couldn’t close.

Most recent Dover winner Kevin Harvick looked a bit more like the 2020 Harvick on Sunday. He didn’t lead laps, but was competitive, finishing fifth and sixth in the opening stages and sticking in sixth for the checkered flag. Harvick has put together 10 top 10s this year despite his slow start. If he heats up this summer, a title run is still a strong possibility.

Point leader Denny Hamlin showed again why he’s atop the standings by over 100 points. While he didn’t have a winning car, he hung in the top 10 all day, scored stage points in both stages and led two laps on the way to a seventh-place result. Seventh might not be particularly glamorous, but it was yet another top 10 and easily the best performance on an uncharacteristically difficult day for JGR.

When… was the moment of truth in the Drydene 400?

Bowman didn’t run down the field on his own. While he drove an outstanding race, climbing all the way to second by the final round of pit stops, it was that final stop by his No. 48 crew that put him in position to take home that miniature Miles the Monster trophy. Ironically, the full-sized Miles outside the track was holding aloft the full-sized No. 48, in tribute to 11-time winner Jimmie Johnson, but also a preview of things to come.

The team reeled off not just the fastest stop of the race, but the fastest stop this year, among all teams. That was enough to get Bowman off pit road first, and from there, Larson, as fast as he had been, could not catch his teammate. The cars were too equal, something HMS prides itself in, and clean air provided the last edge Bowman needed.

While the driver is in the spotlight, this is a team sport for a reason, and Bowman’s team got him out front when it counted.

See also
Up to Speed: Who’s the Biggest Championship Threat at Hendrick Motorsports?

NASCAR tackles a new track this weekend, visiting Circuit of the Americas in Austin, Texas for the first time. There will be a single practice session Saturday and qualifying before the race Sunday, so success this week is no guarantee of a top start.

The reigning NASCAR champion needs a win in 2021, and he’ll be among the favorites Sunday at COTA. Others to watch include Kyle Busch and Truex, both of whom have four career road course wins, along with Ryan Blaney, who’s strong in the right-handers and was stout in February’s Busch Clash.

2021 has been the year of different winners, though, and it’s no stretch to think an upset could happen as well. No matter what, COTA is a beautiful, challenging track and stock cars should put on quite a show there.

How… is the title picture shaping up halfway through the regular season?

First of all, how are we already at the halfway point? The speed at which this NASCAR season is moving aside, the postseason picture remains cloudy at best. Truex may be an early favorite with three wins, but being on a roll now doesn’t mean rolling through the playoffs. Just ask Harvick.

It’s way too soon to talk favorites, as this year just getting in is shaping up to be quite the feat. With 10 winners in 13 races, spots on points could be few and far between. The regular season point leader gets in regardless, so if Hamlin doesn’t win a race between now and then yet maintains his lead on his consistency, he could oust a winner if we see six more.

Right now, the last couple of points spots are held by Chris Buescher and Tyler Reddick, who have quietly impressed this year.

Most of the winless drivers expected to find victory lane (Hamlin, Harvick, Elliott, maybe Austin Dillon) are closer to the front of the pack in points. However, with a number of road courses to come and, of course, the great unknown of the cutoff at Daytona, someone from outside that group could certainly sneak in.

The number of winners and playoff uncertainty is making this season worth watching.

A TALE OF TWO TRACKS AND 2 STATES-

ONE’S IN NORTH CAROLINA AND THE OTHER IS IN CALIFORNIA. THINK ABOUT IT. YOU ANSWERED YOUR OWN QUERY.

Errrrr Jack, what are you talking about? This week’s race is at COTA, not Charlotte, nor Sonoma. Sonoma has many extra seating options such as in turns, etc. Plus, NASCAR now generally does not release seating capacity nor do we see winnings (because the charter system pays a set amount each race) which is unfortunate. I loved seeing that Mark Martin won 1.2 million in 1996 for example.