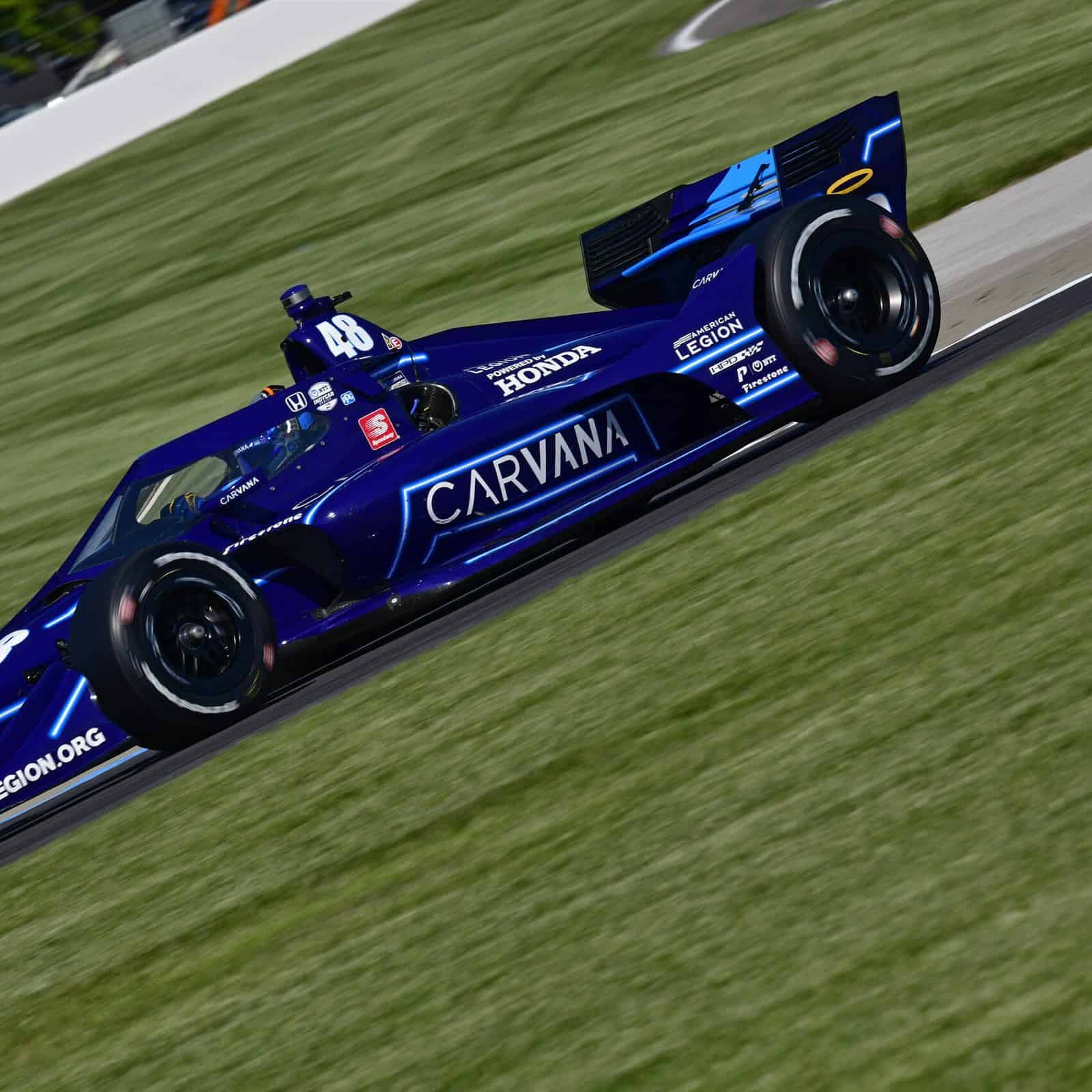 The seven-time NASCAR champion’s fastest lap of the race was a 1 minute, 12.5976 second lap. Yes, this was last of all drivers, yes he was three tenths of a second off of 24th place’s fastest lap, and yes, his fastest lap was 1.7209 seconds off of the race’s fastest lap. However, Johnson has made progress, even if some might not want to admit it.

The No. 48 Chip Ganassi Racing Honda caused three full course yellows in the Johnson’s first two races thanks to spins and light wall contact. Johnson did not have a single spin throughout the race. Yes, it’s a bit of a low bar, but sometimes starting at the basics is necessary.

Looking more into the lap times, if Johnson’s best sectors are added up across all laps, his optimal race lap is a 1 minute, 11.6546 second lap. That optimal lap is one worth talking about.

Johnson’s crew put him onto the black sidewall primary tires to start the race before switching him to the red sidewall option tires for the rest of the race. The red sidewall tires give more grip and provide for a faster lap time, but the tradeoff is that their durability isn’t as long as the black sidewall tires. Per INDYCAR rules, a driver must complete two laps on each compound on a road course or street circuit race.

The first stint of the race was Johnson’s slowest on average, with the majority of laps in the 73 second bracket before stopping for used red tires on lap 14. Johnson’s pace in the next stint was pretty consistent, with the overwhelming majority of laps in the low 73 second bracket with a fastest lap of 1 minute, 12.6689 seconds in this stint. Johnson’s pace tapered off in the last two laps of this stint, so his crew called him in on his 39th lap, at which point he was one lap down to the race leaders.

The third stint was Johnson’s last on used red tires and wheel the first two-thirds of the stint was actually pretty quick for Johnson, with most laps in the 72.7-73.3 second bracket. However, with five laps to go in the stint, Johnson’s tires started to hit the proverbial cliff with five laps in a row slower than 1 minute and 15 seconds with a worst lap of 1 minute, 19.6816 seconds.

Yes, the former NASCAR star is still running slower than the leaders by a decent margin. However, managing to finish only one lap down is a big accomplishment in an 85 lap race.

And also, once again, Johnson was fastest on pit road from the start/finish line to the pit exit line. So it may not be much since everyone’s on the pit road speed limiter button, but it’s still on top of the timing sheet.

A ‘successful’ season for Johnson would be running in the top 20 each appearance. While the desire is clearly there his driving skills clearly diminished in his last 3 years in Cup and they’re not going to get better at age 47 in IndyCar.

I suppose that the point of the article was to show that Johnson is becoming acclimated to his new surroundings. Still I found it a bit misleading to compare his theoretical best lap times with the actual lap times of some of the race leaders. Definitely a case of apples and oranges.
Regardless I suppose he is doing better each race.

I want JJ to do well. It’s nice to finally be able to root for him because I never disliked him as a person. He was just the biggest benefactor of The Chase format, which I despised tenfold to the current playoff system. At least this current system heavily tilts the the guys that ran the best all season into the joke that is the championship race. When Johnson won most of his, the slate was pretty much wiped clean at the end of the regular season compared to now.

I doubt he has much of an Indy career ahead given his age and the learning curve, but he’s having fun and if someone is willing to put him in a car and fund it, why not?