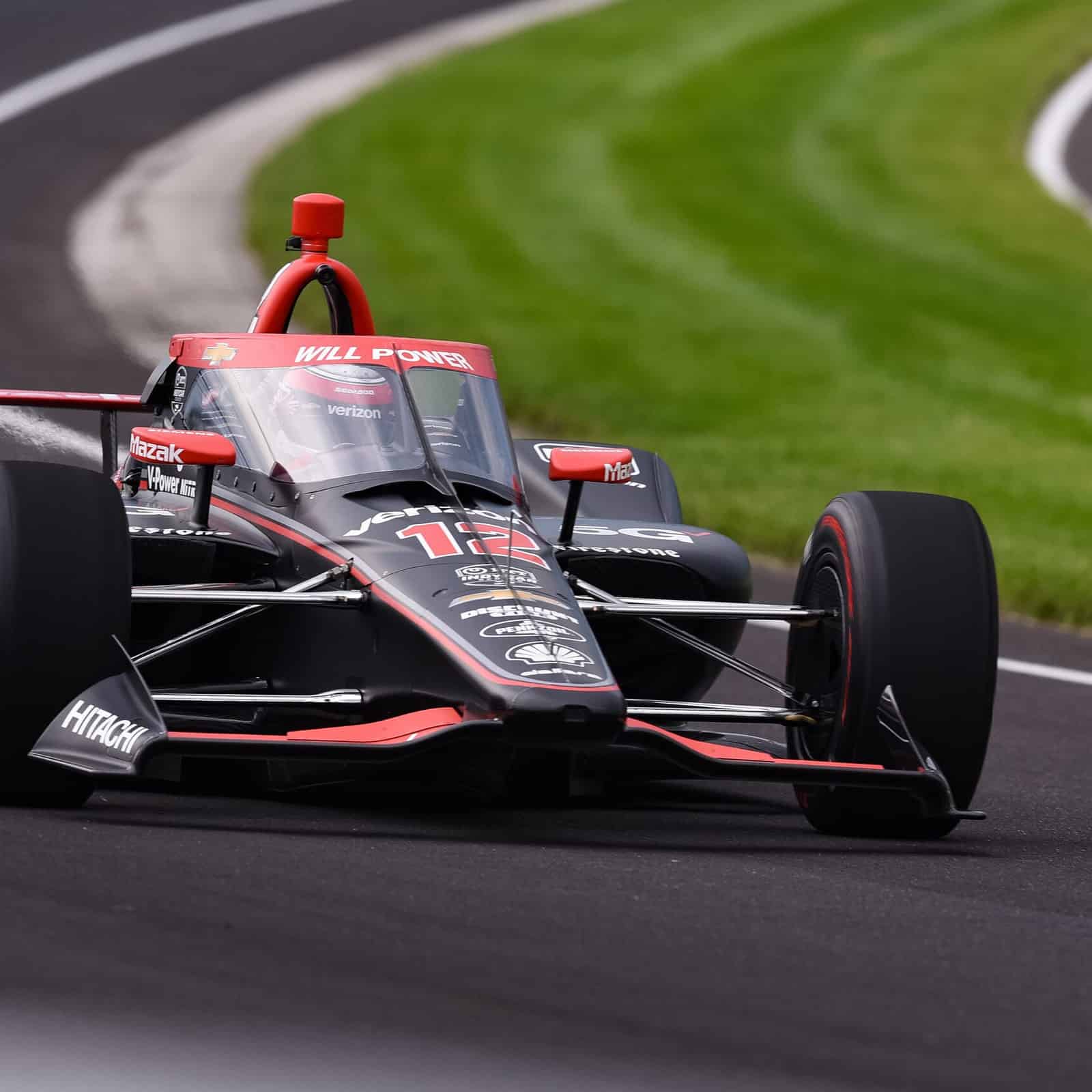 Team Penske started their assault on the 105th Indianapolis 500 with a four-wide photo opportunity as the track opened for practice on Tuesday, but Will Power was the Penske driver on top of the scoring pylon when practice ended at 6 p.m.

“I felt pretty good just running with two or three cars in front,” Power said after practice. “Felt more comfortable than I have for a while. That was promising, and yeah, I think cooler conditions can make everything feel pretty good. I think when the heat comes it’ll certainly change everything and become harder to follow.”

For Hunter-Reay, the result is a noticeable change from the luck that the 2014 Indianapolis 500 winner has had earlier this season. After starting the season with only one top-10 finish in five races, the top of the grid is almost like being back home again for the 2012 NTT IndyCar Series champion.

“It was nice, the car was good today. Just got through a checklist, kind of usual first-day stuff,” Hunter-Reay said after practice. “Thought it was going to be good enough, but Will (Power) had to put me (second). Yeah, that was a pretty good practice lap. We usually don’t focus on that type of stuff, we just kind of fell into it and rolled with it, but [the] car seemed good in traffic, good start, but these conditions are really nice right now, and the heat is coming later in the week, so it’s going to get a lot harder for all of us. Setups are probably going to change, as well.”

Sometimes luck isn’t on your side.

After three straight finishes of 19th or worse, Sebastien Bourdais was looking for more in the first day of practice. However, the engine on the No. 14 A. J. Foyt Racing Chevrolet failed with a small fire coming out of the right side of the car.

A couple of pieces had damage but the crew is changing the engine and will have it ready for Wednesday. Bourdais was 33rd on the speed chart out of 34 cars that took part in the main practice session.

Speaking of 34 cars taking part, one car was not on track at the end of the first day of practice. Top Gun Racing had a mechanical issue with a lot of grease on the right rear driveshaft and RC Enerson was unable to finish his second phase of rookie orientation in the No. 75 Chevrolet. However, INDYCAR announced that the team will be able to hit the track at 11 am to let the Floridian pass his rookie test.

Takuma Sato was third fastest on the speed chart for the opening day of practice at 226.132 mph, which could be a big omen for the defending Indianapolis 500 winner.

Rahal Letterman Lanigan Racing were first and third in last year’s 500 and have last year’s fourth place finisher Santino Ferrucci joining them. However, with the field being incredibly tight on the speed charts, it’s still anybody’s race.

“Yeah, as tight a field as today, anyone can have an opportunity to pull off the win,” Sato said after practice. “In a good team, if you have a good team and a good environment, in fact even a new driver, you have three days [of] good practice, Fast Friday, take a test of the speed and then can be on front row.

Sage Karam has had a star-crossed history at IMS. From narrowly missing out on rookie of the year in 2014 to a first-lap accident the following year to an accident while running in the top five near halfway in 2016, the 2013 Indy Lights champion has dealt with incredibly bad luck in the 500 despite showing large flashes of speed.

However, Karam was fourth fastest in the opening day of practice with a fastest lap of 225.942 mph. Karam had participated in the last row shootout in 2019, the last time there were more than 33 cars entered for the 500.

“Leading up to today, I’ve been reading online and everything (with) who’s going to get bumped, and we were always named,” Karam said in the garage area after practice. “It kind of fired me up in a way and I just wanted to go prove people wrong. I can only drive the car that I’m given and Dreyer and Reinbold gave me an amazing car today, this is probably the best, if not or maybe the second best opening day I’ve ever had at the Speedway.”

Instead of splitting up their resources between two cars, Dreyer and Reinbold Racing focused all of their efforts on Karam’s No. 24 Chevrolet. However, downsizing to one car was partially a product of a shrinking sponsorship budget.

Salesforce was the primary sponsor of the second car and they did not come back after the uncertainty of 2020. WIX Filters’s involvement was cut down, so the team downsized back to one car and have focused everything on Karam’s entry.

“A couple of months before this race, Dennis [Reinbold] called me and said that we don’t have WIX coming back in the capacity that they’ve been and basically said I wasn’t coming back. I’ve never brought money to a team and I don’t have money so we needed to find some and I wasn’t that guy, unfortunately.”